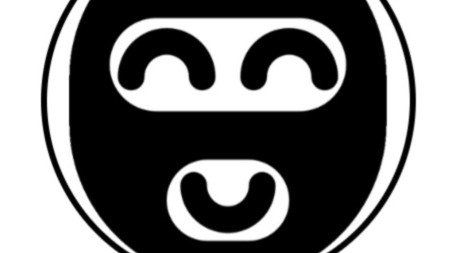 Meet the artist behind Wampastompa

Let me start by saying I finally got my way and got this WAX legend in for an interview and if you don't know him my god you are missing out he has been setting WAX a blaze for a while between his balaclavas or his amazing collabs with Seb or some of pun NFTs . But the man has been hiding from me for a while but I finally got him in to chat .

I'm doing good! just trying to juggle a bunch of fun stuff, but I've also been trying to take more breaks lately. how're you doing?! and sorry for taking so long to talk with you 😭

No worries man you have a life and you create some cool work I get the taking my breaks do . How did you start off in the crypto world?

Well, I guess I "sort of" got started around 2013 or 2014. that's when i got my first bit of Bitcoin. there was a promo where you got $5 of BTC for signing up for Coinbase, so I did. but then I basically forgot about crypto until early last year, when the whole GME/AMC thing really got going. so I really got into things when a lot of other people probably were as well. at that point, I started really immersing myself in all things blockchain — researching the technology, trying to differentiate one network from another, figuring out what all the fancy words meant. that led me to finding Banano, which seemed exciting. the community seemed vibrant, and I like trying new things. and then Banano led me to Alien Worlds, via the cryptomonKeys that served as rewards for people that mined on Banano-owned land. (shout out to SoggyApplePie by the way. she's an insane artist and a huge inspiration. Aku is amazing as well. :) From there, I just kept getting sucked deeper into the WAX ecosystem until I took the plunge and minted my first NFTs in February (I think). and then I ran into Sebastian (The Digital Acid) somehow, we collaborated once, it was a blast, and now we're here!

Love SoggyApplePie her is class and she is so sound . What made you want to create on WAX?

The ease of use and affordability sealed the deal. me and a bunch of people were inspired by Soggy and other artists on WAX, so we just started minting random art we made and sending it to whoever wanted it. we even sold some WAX NFTs for BAN sometimes, which was fun/funny. at some point, I tried minting something on Rarible , but it cost me like $80. not fun. 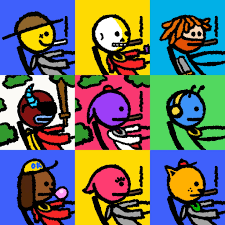 And did you have an idea for your project when you started creating?

Not really. I like bouncing from idea to idea and style to style, so my collection can seem a bit like it's all over the place. I knew I wanted to make some cards, because that seemed like a natural way to get started. and then after I made a bunch of cards, i made a "pack" (pre-Nefty Blocks) that I had to manually unpack, which was a hassle. people would buy the pack, send it to my wallet, and I would randomly generate the items in the pack, mint them all, and send them to the person. i think it was fun, but it was a lot of work. from there I kind of just kept trying to constantly do new things, even if they were an excessive amount of work. i actually made a few vIRL NFTs back in April of 2021, which I think was relatively early for things like that. someone bought a vIRL beanie with Cardano, funnily enough, and then I manually sent them the WAX NFT and shipped the physical beanie. it was a funny experience, and I'm excited for vIRL functionality to grow from here to make things like that far simpler. I like to think that my art provides some commentary on current culture within the NFT space & beyond, but that isn't really up to me to decide. some of it just parodies other collections or styles. I make everything up as I go. otherwise it gets stale and unenjoyable.

Oh wow so you like to go above and beyond for your community?

I guess you could say that. I like to *try* and go above and beyond for the community at least. if my art experimentation attempts can inspire people or bring people joy in some way, that's the ultimate sign of "success," for me.

Can you remember your first drop?

looks like it was the "wampaball," a snowball with horns, eyes, and a mouth. right after that I started released the art cards I mentioned earlier.

How did the community react to the drop?

I believe it was more of a private thing. I sent it to a few friends mainly, for free. I also did a twitter giveaway if I recall, but I don't think most people ever claimed it, haha.

How many NFTs have you created since?

According to Atomic Hub, there are currently 13,986 of my NFTs in existence. that's a lot higher than I would've expected, haha.

Ha ha ha . How do you create each NFT?

Hmm. as far as idea generation goes, a lot of what I make is the result of being inspired by other artists and challenging myself to make something similar, to push myself to learn new skills/styles.

What programs you use for creating your work?

Most of my NFTs were made using procreate, blender, gimp, affinity designer, opentoonz, or some combination of those.

How long does a normal NFT take to create?

Maybe anywhere from an hour or so to a few hours (or more) depending on how simple the style is. some stuff takes a lot longer if it involves other people or is part of a larger project. animation can take days or weeks (of working off and on), if it's animated frame-by-frame or long, but I haven't had time to do as much of that lately. Most of the dutchee stuff takes a while too, since there's a lot of going back and forth involved. I generally try to work quickly then move onto the next thing, though.

I know you have collabed with a few big names like Seb is there someone you would love to work with?

I wish we had the time and capacity to collab with everyone on wax and in other communities we're in as well. we have a few collabs lined up or that we're considering, but I personally don't have any "bucket list" collabs. it's fun to collab with everyone. collaborating with a luxury brand like balenciaga would be fun, because it would be kinda comical, but I don't think that'll happen anytime soon, haha.

Can you drop any names of upcoming collabs?

I should probably wait until they're closer to being released... I don't want to announce a collab that ends up being postponed or cancelled for whatever reason.

It's too hard to pick a favourite! there is so much talent on wax. I definitely have a soft spot for Sockee's Bag of Regret though. I suppose that's a specific NFT and not an artist, but close enough? that will always be one of the funniest NFTs ever made, I think.

Oh nice what is the one NFT you are most proud of creating?

Well, I don't know if it's my favourite, per se, but the 3D shoes NFT led to the eventual creation of Dutchee, so that one certainly holds a special place in my heart.

What has been your favourite part of your project? 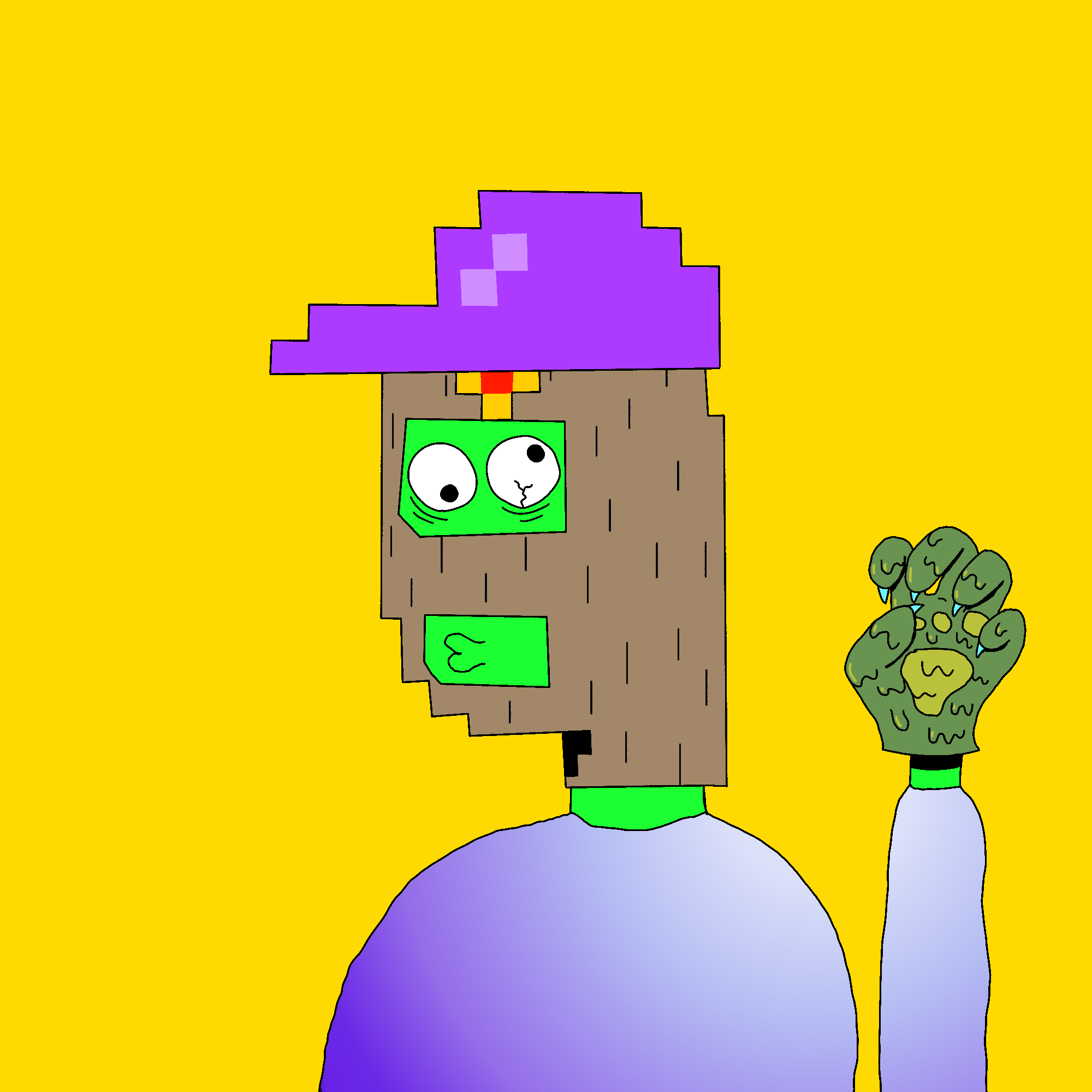 What has been the worst part of your project?

Creating templates and the minting process is definitely the worst part of making NFTs.

I don't, haha. But sometimes running is a good way to unwind, or listening to the right music, or watching an old (slow-paced) film.

Tell us something random about you?

Ha ha ha when is your next drop?

Good question, haha. maybe my next drop will be when this interview gets posted, since I made art for a drop specifically for people that read this :)

Where is the best to keep up to date with you? 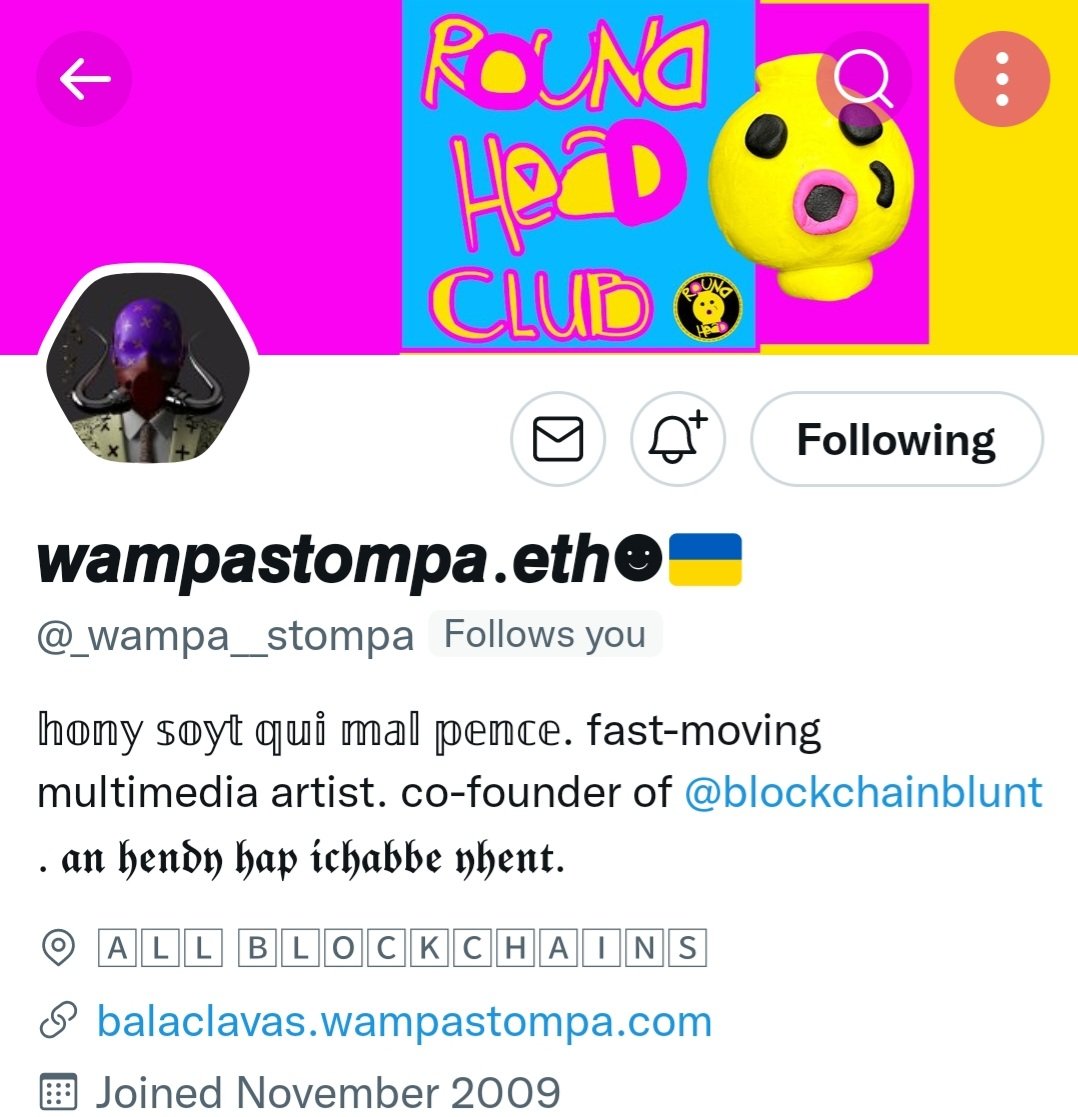 Where can we buy your NFTs?

Most of them are on NeftyBlocks and/or AtomicHub under the "wampastompa1" collection, and a bunch of the stuff I make with The Digital Acid is under his "adigitalacid" collection. I have a few NFTs on Tezos too, but most are on WAX.

Ah so you 2 collections going?

It's all the same body of work, just spread across different blockchains. I think that lets more people collect it that want to. every blockchain has its own neat culture, and they're (mostly) all fascinating to explore. I also have friends all over the place, so it gives them a chance to have some art I've made in their wallet.

So going back to this drop for readers what would you like them to do?

I have set up a private drop that people can only get to via your website, for anyone interested. just a little balaclava-themed drop.

Oh nice I have a question is Seb Senior Lupa?

hahaha, no or at least I don't think so 😂

Hmmm bro its been a pleasure for me to finally pin you down and get a meet the artist out of the hide and seek champion on wax is there anything you would like to add or say?

Thanks so much for taking the time to chat with me! sorry for hiding so well. it's been a joy to remember the last year & ponder my own process & whatnot. the wax artist family is wonderful, and I feel super blessed to be part of it. doot doola doot do...