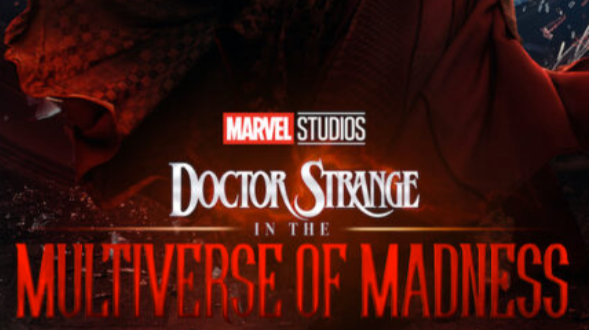 So You Have Found Yourself in a Multiverse of Madness

How many major parts of the brain are there that make up the chorus that is your consciousness?

That is how many versions of ‘you’ there are in your universe. In this way, consciousness can be viewed as the singular averaging out of the multiverse of yous.

Whether you are capable of self-talk or not, you cannot deny that the brain is essentially a bunch of parts that are thinking about what their wants are and sharing those wants with the other parts of your brain. All those thoughts create a chorus, that chorus makes single decisions in the forms of body movements, feelings, memories, thoughts, words (written or spoken) and beliefs.

Assuming that the multiverse theory is true (or even not, as you will see later) there are other universes and other yous. Inside each of those other yous, there are a bunch of yous in your own head.

In just your head, each part of your brain is itself a collection of other thinking things that are thinking about their wants and sharing those wants with the other parts of your brain. In your head you are conducting your own simulations of the universe (albeit much worse quality simulations than what exists on some other alien world… which I will get to later…). You try to predict the future based on how you understand the world around you, what you have experienced before and/or learned. Even if you can only consider the circumstances/world of your immediate vicinity, you try to predict what will happen next. Do you look before crossing the road? When you do that you are conducting reality simulations of your own. You are attempting to predict if you can cross the road or not. You are simulating a version of yourself getting hit by a car if you do not look, so you look. If you see cars coming, you are simulating yourself crossing the road at different times to see if you get hit by one of those cars. You move when it is safe to move thanks to the unlucky yous in your simulation who moved when it was not safe.

For those keeping score, we are now at infinite yous plus your head chorus number of yous… which is basically infinite (the number of yous goes down to whatever minimum number of brain cells are required to form a thought... which I guess is two brain cells? ¯\_(ツ)_/¯ ).

However, it may be too early for that score to count. The multiverse theory may not be true.

(Fortunately?) There is another important consideration. In just our current version of the universe, there is likely intelligent life out there that can simulate the universe. After the celestial blink of an eye, us humans almost have the capability to simulate small portions of reality. The universe is so impossibly vast and has been around for a really long time, even on the cosmic scale. So some other version of intelligent life is probably simulating everything right now. You and I, dear reader, along with everyone else, are part of that everything being simulated on an alien world. In other words, the odds that we are part of a simulation (which itself might be part of a simulation contained within a multiverse… which I will mention really soon, I promise) are 99 point 9 repeating percent to 1.

Maybe it was not too early to keep score?

Also consider that if a civilization builds a machine that can simulate reality, they would probably do it more than once. They would run multiple simulations of reality so that they could make decisions that would shape their “prime” reality into a version they would prefer. They would use these simulations to form their own kind of knights of the round table chorus. That chorus would likely offer up recommendations, likely through another form of intelligence(s) that is/are monitoring the results of the simulation-machines. Hopefully that alien civilization has the best interest of their world/multiverse at the heart of their motivation(s). Or, hopefully the machine(s) monitoring the simulations-machines have the right motivation(s)… X_X

In the incredibly rare circumstance that you are a “prime” you, then the odds are that you are just one of an infinite number of yous that are, for all intents and purposes, exactly like you. Maybe some single molecule or subatomic particle that makes up you is different from another you in another multiverse or simulation, but they are identical to you in every other way.

This fact does not mean you are not special. Most of the multiverse cannot think let alone understand this (hopefully) coherently written description of reality. Go you! Good job! You are so lucky!

Then fuck, I guess.

At least you are the current you instead of the future you being hit by cars trying to cross the road.

Anyway, I’ll take a burger to go please. I have a coupon.

I are good rite guy.

Coolest guy in the history of time and future of anti-time. I write about what I know and I know a little about a lot of stuff. He/Him