Bitcoin Needs to Become a Better Currency. Here's Why I Think That. 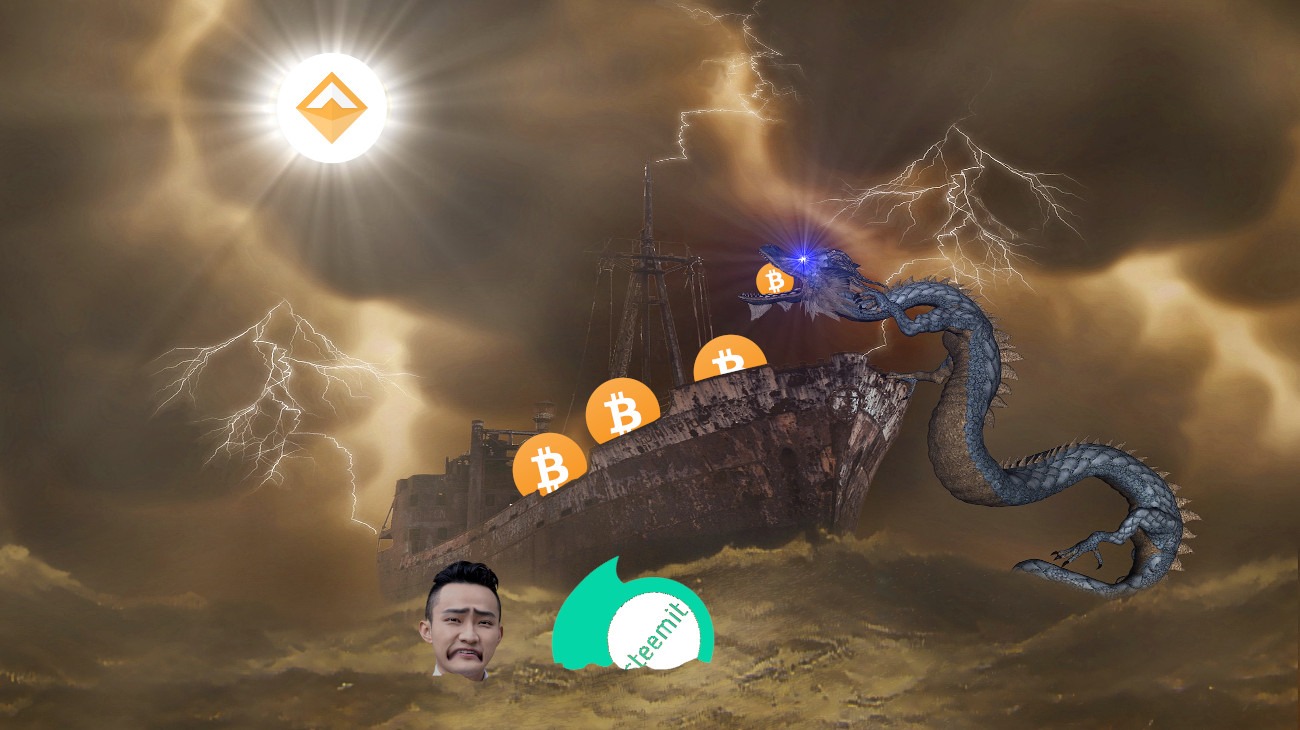 Bitcoin Needs to Become a Better Currency. Here's Why I Think That.

This is an interesting topic, mostly because you can go back and forth on the idea until you're blue in the face and wanting to die, especially with some of the folks that would consider themselves "Bitcoin Maximalists". Now, I respect their dedication to BTC, but I would suggest that it is possibly... eh... misplaced. The first and foremost problem being - what exactly was Bitcoin supposed to be in the first place?

The Purpose of The OG Magic Internet Money.

If you read the original Bitcoin Whitepaper, you'll notice that there are two major features of the currency that Nakamoto proposes:

1.) Through the use of His/Their Blockchain mechanism, transactions between two parties becomes trustless (In theory), divesting the system of a requirement of a "trusted third party" to prevent the issue of double-spending.

2.) Security is maximized though the protocol and the ledger (read: longest chain) is verified though the longest "Proof of Work" chain from the nodes. Since it is unlikely that a majority of the nodes would not be interested in attacking the system, then it stands to reason that they can outpace any attacker of the system. If the attacker is well equipped, he/she might find it more profitable to simply use that infrastructure to produce more coins instead of attacking the system.

That's... about it. Of course the details are enormous and involved in terms of mathematics and computer science; these are merely the broad strokes. Nakamoto set up the "peer-to-peer cash system", but the economics behind it seems to be something written in the margins and left for the students to solve. I believe that while it is revolutionary in its implementation, it is wanting. Hold your torches and pitchforks, fans, because I know what you're thinking.

Now I Know You're Full of Shit, Ginger Man. You Think You Got The Answer That The Genius(es) Nakamoto Didn't?

By Merlin's Codpiece! Not at all! I'm no genius of the blockchain tech, and I'm certainly no Satoshi. What I do know is that Bitcoin was the first implementation of the distributed ledger tech, and that it would appear that was all the initial idea was supposed to be. When compared to some of the work done by the various altcoin folks that proceeded Nakamoto, a good portion of their work looked to solve the problems that Bitcoin had. The paper is paltry in terms of economics, and I think that was for a good reason; This initial project was merely to be the "Version 1.0" of something bigger. Nakamoto HAD to know that if it became a distributed computing project spanning the globe, that there would need to be things changed over time. Hence people "voting with their CPU power" on accepting valid blocks and rejecting others. And if there is enough disagreement in the chain, then the chain will "fork" and become something new. Almost something akin to an evolution of crypto over time.

I could be wrong, but either way, I think that the subsequent work that has been put into crypto makes it clear; Bitcoin is imperfect, and changes needed to be made. But I feel like all of this is a digression. There's a big question here that NEEDS to be answered.

So... What The Hell Is Bitcoin?

1.) A Medium of Exchange. If we didn't have something like dollars or pesos, we'd end up having to directly trade our goods and services for other goods and services. I REALLY don't think it would be practical to haul around several bushels of barley to go pay my water bill. Also, it should be relatively portable/easily transferable between folks. It would be hard to haul around say, BIG ASS STONES: 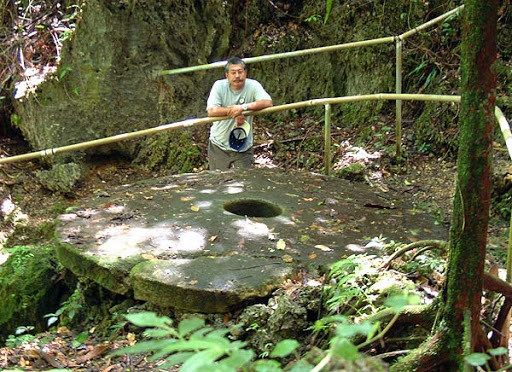 How Much Gas Can This Baby Get Me?

Side Note: These "Rai Stones" were actually used as currency on Palau by the natives. The big ones couldn't be moved, so the owner basically "agreed" to hand over ownership of the stone for goods or services. It's strangely similar to what we would call "Real Property" nowadays in Land Law.

2.) A Unit of Account. Basically, a unit of account allows us not only to easily trade goods and services, it also gives us a basis for comparison. For example, say you see a big ass stone and you want to have it. You waltz up to the owner and ask "Hey man, that is a kick ass BIG ASS STONE. How much is it worth?" The guy can then proceed to tell you, "Oh that old thing? It's worth about 134 DollHairs." Then, you can be like, "Oh, that's a good price for a BIG ASS STONE. Here ya go!"

It's also good as a way to gauge income and costs of goods over time. You can look back through the books, and if you have a good unit of account, you can go ahead and see what a BIG ASS STONE cost say in 1984. That's the value of a unit of account.

3.) A Store of Value. Ah, this is a big one. A store of value means that it is a "liquid" source of asset than can easily be traded into goods and services. A store of value is typically good if it has a continuous or otherwise stable value over a period of time.

How Does Bitcoin Fare as a Currency? Well, I guess that depends. In terms of a medium of exchange, I feel like the actual "mechanics of it are pretty straighforward. It's easy to transfer satoshis from one person to another with a relatively solid amount of reliability. However, some might argue that this is rather slow with only 3 transactions per second. That does put a hamper on scalability, as many have said before. But, in principle, it can be used this way.

In terms of A unit of account, I think that again - in principle - this can be done. However, big roadblock for Bitcoin at this juncture is mass adoption. People need to be able to use it and be able to use it as a basis for comparison for goods and services. This can potentially be a problem, and that takes to how it fares as a store of value.

Now, people can save up bitcoin. Bitcoin is the "gold standard" of crypto as the markets stand today, with any exchange worth their salt willing and able to pair up BTC with just about any other crypto you can think of. But, the biggest problem in Bitcoin - and crypto generally speaking - is its stability. Bitcoin is not stable. Some might make the case that it is more stable nowadays than it used to be back in the mid 2010s, and some have made the case that Bitcoin is less volatile than oil. But... As a store of value, even its current volatility makes it a rather bad store of value. This incidentally, is the shit that rolls uphill; if it isn't stable, then it's a rather odd unit of account and a continuously changing medium of exchange. There's a fun little joke that really makes this clear:

A boy goes up to his dad one day and asks, "Hey dad, can I borrow a Bitcoin?"

See what I mean?

One of the first things you learn about Bitcoin is its supply, which is maxed out at 21 million coins. This makes Bitcoin inherently deflationary and as a result should only continuously increase in value over time. Now the 24 hour numbers might be up and down, the numbers over 5 years should show that BTC is going to continuously increase in value. This is actually what the Stock to Flow Model of bitcoin predicts (really well, I might argue), and the next big push should be seen after the Halving event next month.

This is good if you're a speculator or investor - but what of those who wish to hold onto their coins in the event that they might need them? This could be problematic if say, when you need the value it stores the most, it tanks and takes its value with it (Middle March 2020, anyone?) As long as that volatility exists, you might never see it become as widespread as a dollar. People just wouldn't trust it, and that's a HUGE irony considering that the original mechanisms that underlie bitcoin make it to where transactions can be essentially trustless. As it were, there's more to reliability than the transactions.

But... There is a modicum of hope. People are always working on solutions, such as the additional layer to speed up the TPS like the Lightning Network and of course the protocol of Bitcoin itself can be changed to include more coins. But, it might turn out that some of these implementations are easier said than done and it might turn out that other projects like Ethereum could beat it to the punch. Compound that with the upcoming ETH 2.0 that will change the consensus mechanism of Ethereum, and they might be able to do it. Of course, that's all speculation at this point, and PoS protocols can be just as a volatile as PoW.

Stablecoins are interesting. Really Interesting. Stablecoins are typically backed up with "Fiat" currency (like the US Dollar), Commodities (Like gold or silver), or even other cryptocurrencies (Kinda like a continuously adjusting algorithm, based on smart contracts and other crypto-financial mechanisms, maintaining a dollar value. See DAI for the most promising of them.) There are issues with collateralization, because coins like Tether are rather... centralized. You gotta trust that Tether is doing the right thing in order to trust their coin. And that has been rather hard to do recently. But, there are projects and relatively reliable coins with a stable value out there. These - like ethereum - might beat it to the punch.

It's gonna be a long and hard road if there's ever to be a stable bitcoin. Cryptocurrency as it stands seems to be more a vehicle for speculation and investment rather than as a currency. People hear about the "Crypto Millionaires" in the news and suddenly get dollar signs in their eyes. There's a good portion of the surrounding culture that deals with "Lambos" and "MOONs" and such, and honestly... I feel like it hurts the space.

Maybe it's time to get back to basics, where  a decentralized currency that acts as a safe medium of exchange for when the Central Banks fail. And while the idea of speculation and making it big is enticing for obvious reasons, I still think there needs to be grounding. We gotta treat this as a new asset class and mature it over time. That's the only way it will be taken seriously.

Thank you SO SO much for reading I really appreciate it. Please, if you like this consider dollowing and reading my backlog of stuff. I hope you find it enjoyable!

Until Next time, keep your eye on the markets and Remember: Barclay was a kinky bastard: 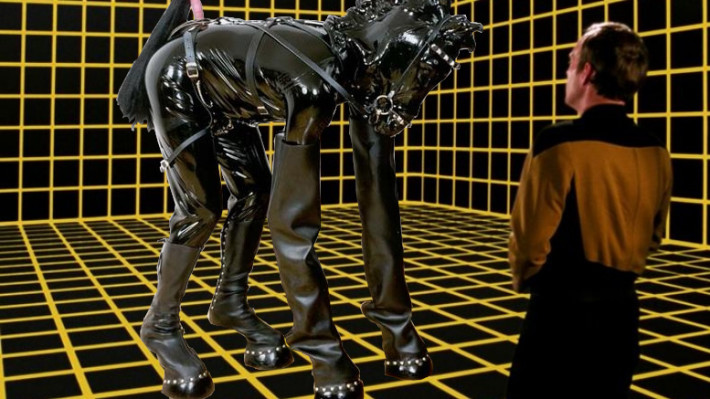 I Am Far Too Proud of This Edit. 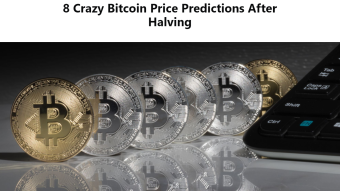 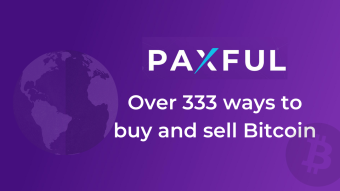