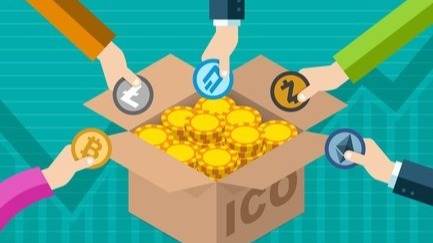 If like me you like to discover new projects related to cryptocurrencies then you have already invested or are looking to invest in ICOs. You know these fundraisers for promising small projects that could give you a colossal profit. Well today we are going to talk about the biggest scams with regard to cryptocurrencies and this concerns ICOs.

For novices, after reading this article, you will understand why people in the crypto community invite you to always do your own research and measure the risks before investing. Take a cup of coffee or whatever you like, settle down comfortably, we left for a little tour in the history of cryptocurrencies.

Well, I chose to start with Centra Tech because, recently, Robert Farkas, one of the co-founder of the Centra-Tech crypto project, pled guilty of securities fraud conspiracy and of wire fraud conspiracy. Hence, he faces 10 years in prison. You wonder why ? Don't be in such a hurry, I will tell you.

Imagine, a company is setting up an ICO for a very ambitious project : they will create a new virtual currency exchange and a virtual currency debit card. In addition to that, thanks to an agreement they have obtained, their credit card will work on the Visa and Mastercard network. The company therefore manages to raise more than 32 million dollars by carrying out their ICO. However, there had never been an agreement between Visa and Mastercard and Centra Tech.

The scam was based, among other things, on a very good communication strategy from Centra Tech. Indeed, the supposed CEO of the company was a man from Harvard whose career had been fabricated but who inspired confidence by his profile. Personalities like the boxer Floyd Mayweather or even DJ Khaled had promoted it even if it seems that the two stars have also been trapped. 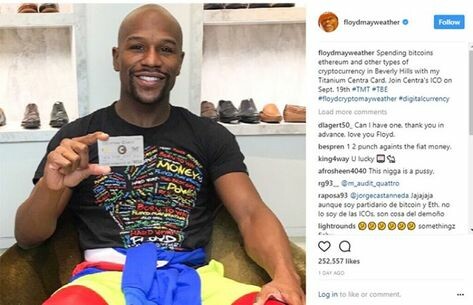 Of course, once the truth was revealed, or at least, when two of the co-founders were arrested (Robert Farkas and Sam Sharma), the value of the Centra Tech tokens collapsed and many people lost a lot of money. 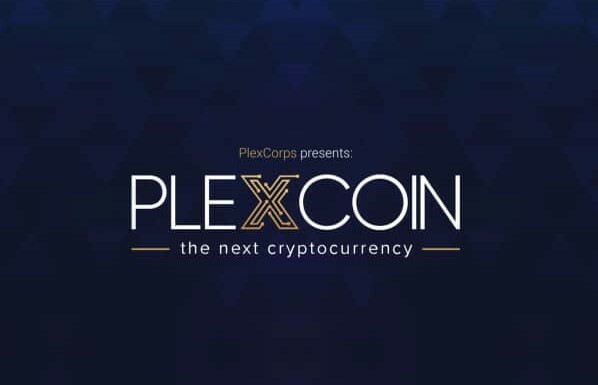 We are at the beginning of 2017, around the month of February and a businessman, Dominic Lacroix, founds his company : PlexCorps. The company aims to offer a PlexWallet, a PlexCard and a PlexBank. You surely understood what should be the use of these "PlexThings".

For this, he decides to carry out an ICO in order to launch PlexCoin on the market. In order to raise money, promised a gigantic rate of return : a profit equal to 13 times the amount of money invested in less than one month, according to this press release from the SEC.

For you and for me, it probably sounds a little big today. But at the time, in 2017, the cryptocurrency market was even younger, ICOs were gradually democratizing and most people did not have the experience and the hindsight they would have today. And that's how Plex manages to raise more than $ 15 million in funds thanks to its ICO.

The two Canadians, Dominic LaCroix and his wife Sabrina Paradis-Royer, co-founders of Plexcoin, were sentenced for the first time in October 2019. Only part of the money has been found so far and it should be used to compensate the victims, and pay court costs.

Fortunately, this case was quickly brought to light because PlexCoin was not declared and financial market organizations in Canada quickly noticed it. Without it, there could have been many more victims.

I'm pretty sure that if you've started getting interested in cryptocurrencies you've heard of Bitconnect before. It is a scam which raised more than 2.6 billion dollars thanks to a ponzi scheme.

In November 2016, bitconnect decides to launch its ICO and it's going pretty well since it collects almost 468 bitcoins. At the time, this corresponded to a little over 410,000 dollars (today it would correspond to more than 4 million dollars). Imagine that a company manages to raise funds without even having to present a white paper because that is what happened with Bitconnect. They are simply defined as :

BitConnect coin is an open source, peer-to-peer, community driven decentralized cryptocurrency that allow people to store and invest their wealth in a non-government controlled currency.

It would be just unthinkable and impossible today for people to give their trust (and invest their bitcoin) in such a project.

Well the thing is, they made promises people wanted to believe.

It's simple, you invest bitcoins to buy bitconnect (BCC). Bitconnect claimed that they had a foolproof trading bot that would make you a lot of money every month if you left your money in your wallet. Your return on investment was indexed to the amount you had invested and also to the performance of the bot. You could withdraw your money after a certain time which was inversely proportional to the amount you had invested at the start.

Imagine. You decide to invest $ 10,010. You can expect up to 571% profit. This is just crazy. And that's not all ! On top of that there was an affiliate program that promised you even more money. 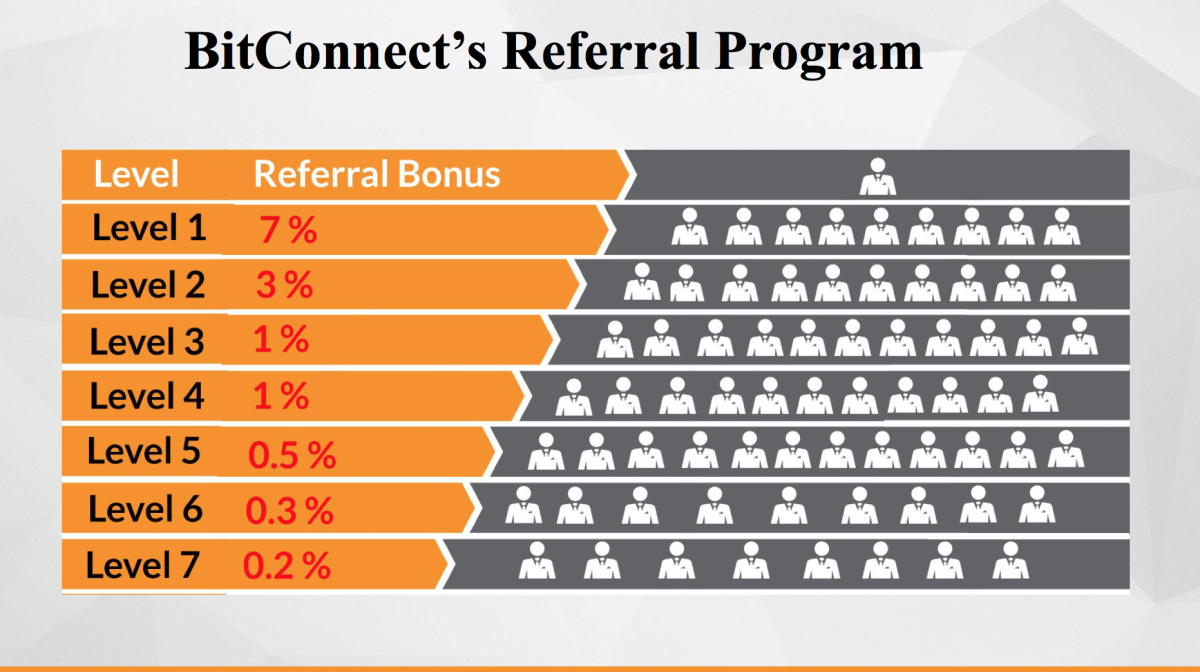 In my opinion, there are two things that make this scam particularly horrific. Many people in the crypto world have promoted this scam, often in good conscience elsewhere. These people deliberately deceived their community to earn money.

The second point is that it is the people who invested the least, and who therefore had little means, who often lost everything.

It is obvious when you look at all this that it is a Ponzi scheme. The bigwigs who invested at the start knew this very well, but they took advantage of the ponzi to the maximum and the risk was very moderate for them. By investing a lot, they could withdraw their funds very quickly and thus gorge themselves on interest. And even if they lost, they were often over the fact that it could be, and that didn't mean much to them.

#2 Onecoin : The story of the Crypto-Queen 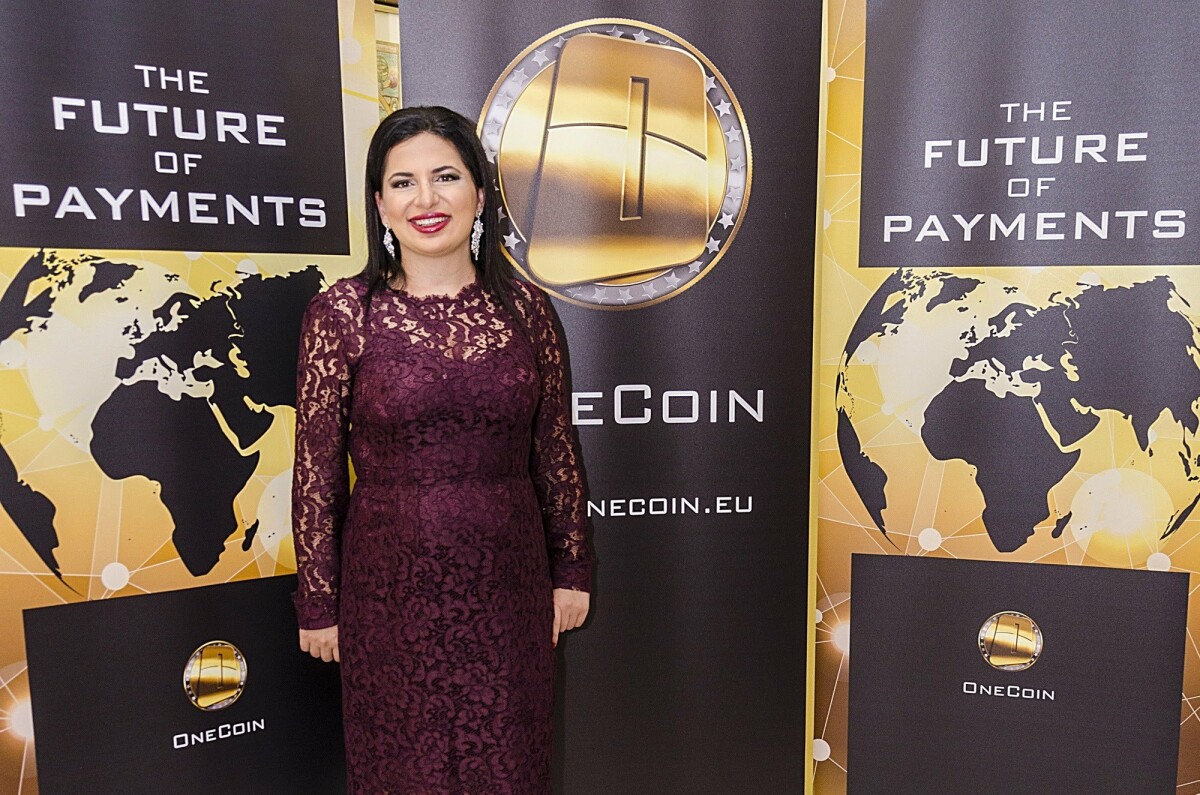 The story of OneCoin is above all the story of Dr. Ruja Ignatova, a very influential and respected person in the world of cryptocurrencies also known as the "Crypto-queen", who planned to push Bitcoin out of the loop. The project started in 2016 and in 2017, Dr Ru will disappear from circulation with a few million in his pockets.

This ambitious project had a real face since Dr Ruja was specialized in the field. She had studied at Oxford and had a PhD before working in large specialist consultancy firms. She was influential and knew how to surround herself with a community that supported her almost as if she were the guru of a sect. If you look at footage of her speeches from that time, it's almost scary how devoted people are to her. 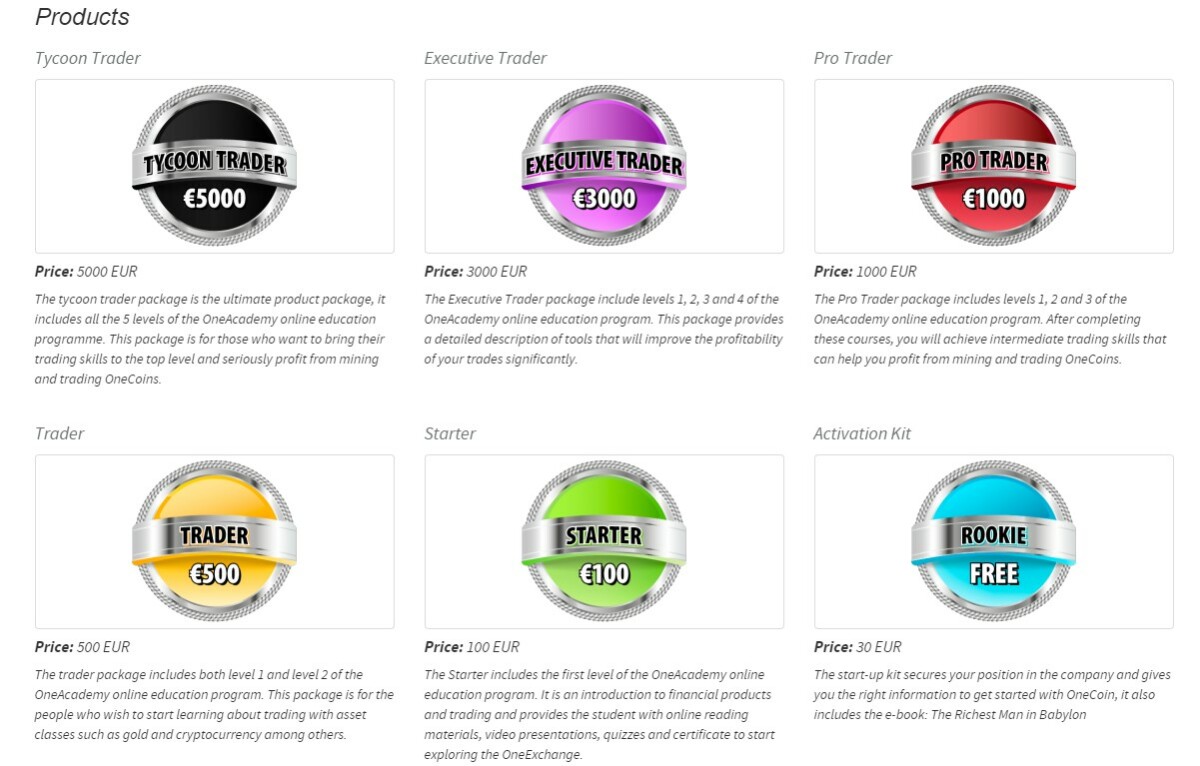 She needed people to believe in her project since it was actually multilevel marketing. For each person recruited, you received money. In reality all this was therefore still only a Ponzi scheme since no value was really created. OneCoin didn't even have a Blockchain.

In October 2017, she was supposed to give a speech at a seminar in Lisbon but never showed up. At the time, people thought that she may have been kidnapped, killed by someone hired by a large bank. Following his disappearance, his brother Konstantin, will head the OneCoin project. But he will be arrested by the FBI in March 2018 just before taking a flight to Bulgaria. He could be sentenced to 90 years in prison.

At the moment, Dr. Ruja is still wanted and it is not known where she is. Some say that she would be in Europe between Austria, Bulgaria and Russia and that she would be protected by her influence within organized crime. 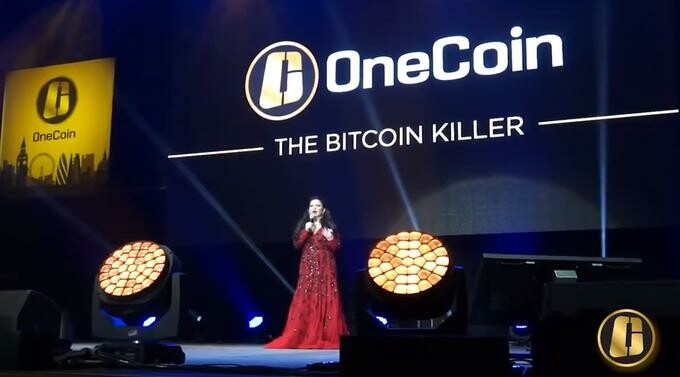 The fact that it could have disappeared overnight by scamming thousands or even hundreds of thousands of people with OneCoin is something that fascinates many people. But what is most incredible to me is really how well she has managed to get people to follow her and support her despite all the criticism. I'll repeat myself, but the OneCoin community was almost a cult. While doing my research, I came across comments from people below articles or videos on Youtube who supported the project. It's incredible because even if people tried to make them open their eyes, they still believed hard as OneCoin the famous "Bitcoin Killer".

On April 8, 2018, several people were in front of Modern Tech's offices in Ho CHi Minh Ville. They are there to express their dissatisfaction and to obtain justice. What do they have in common? They have all invested in ICOs launched by Modern Tech Pincoin and iFan. In total, more than 32,000 people were scammed. 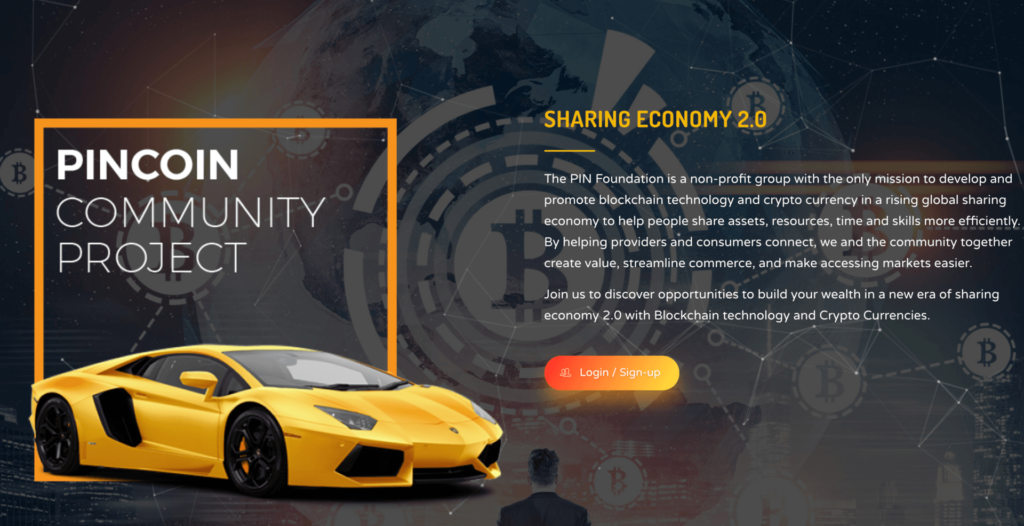 Again, those responsible for this scam have completely disappeared without a trace.

What is spectacular with this story is the amount that the thugs managed to steal but otherwise the rest is more or less trivial. However, cryptocurrencies are now banned in Vietnam.

Here I come to the end of this article. I took great pleasure in writing it because during my research I learned many things and I think it is for this kind of things that Publish0x is a great site. Sharing reciprocal information while earning some cryptocurrency is really cool and fun.

If I were to tell you one last thing, it would be to always do your own research. And this is not only valid for the world of cryptocurrencies. It is important to verify your information and especially where it comes from in order to make good decisions. If you want to invest in ICOs, do not do so without having read the whitepaper, without having followed the roadmap, without having taken an interest in the project team. Above all, don't invest more than you can afford to lose.

If you liked this article, leave me a little blue thumb or a little comment to let me know. And tell me if an article on other lesser known and more detailed scams would interest you. 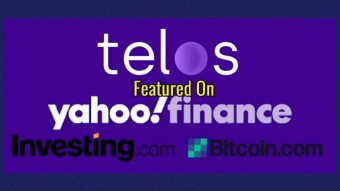 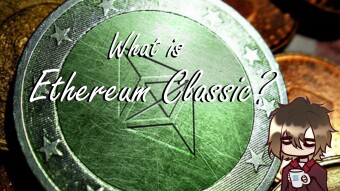