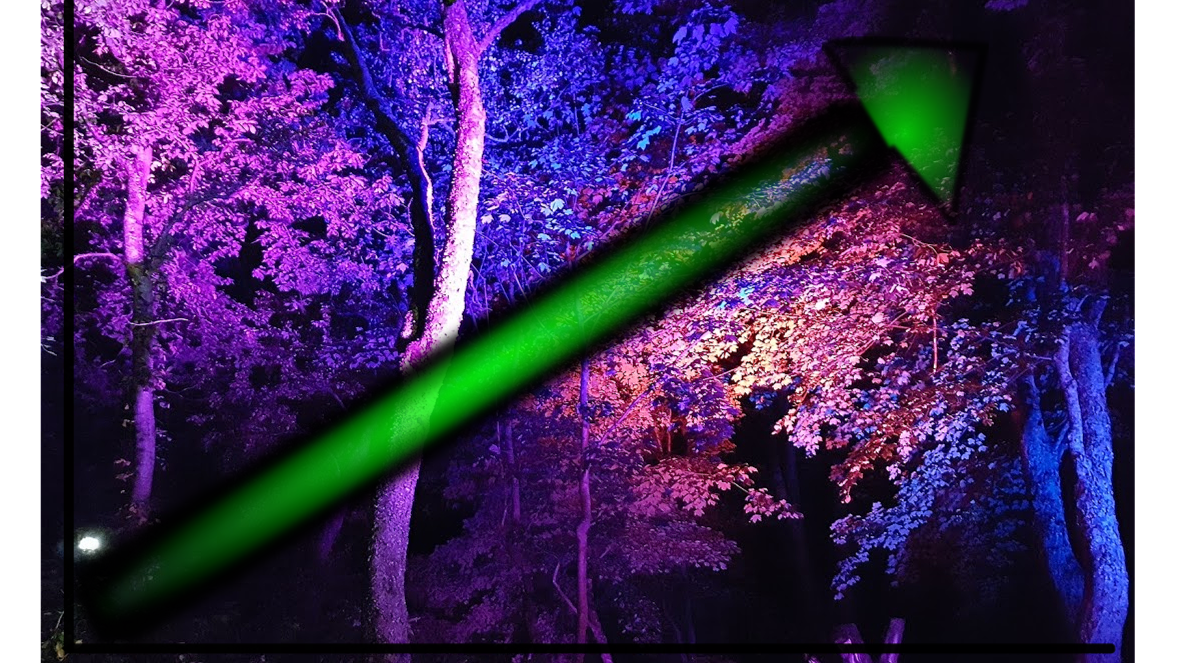 The Year of Natural Psychedelics. Invest Now! And Have a Nice Trip.

It looks like 2021 can be the year where natural psychedelics, like psilocybin mushrooms and truffles, are going to follow the legalization path paved by cannabis enthusiasts for the last few years. Experienced psychonauts welcome this as brilliant news and with an "about god damn time!".

I probably don't have to explain to you the potential benefits it has for your mental health when used in a proper setting, as it is widely known by now.
(It is also really really amazingly, mindblowing fun, and can change your perspective on life, the universe, and yourself.)

You can legally possess some of this ingestible natural miracle medicine, and portal to otherworldly dimensions, in the following countries:
The Netherlands, Brazil, Jamaica, Nepal, Moldova, Samoa, Bahamas, and the British Virgin Islands. In Austria, you're allowed to cultivate it, but not harvest it. And in Russia, you'd probably be better off doing shrooms than opposing the government publicly. Even though it is illegal.

Several other countries have decriminalized psilocybin, while quite a few have legalization in the works. The state of Oregon (USA) have passed legalization for mental health treatment starting February 1st this year and decriminalized it for personal use. The number of companies researching psilocybin and other psychedelics for medical use is rapidly increasing, and we even have someone going hard at the recreational market already.

This leads us to the part where we can get in on the business that is about to make some serious waves on the stock market. Just like cannabis stock has. If you feel like you just missed out on the cannabis flight, and are finding yourself looking out the window of the terminal with a thousand-yard stare, wondering when your next opportunity to get to Cashville will arrive. DO. NOT. FRET.  Here's your chance to get a ticket to the fucking moon instead. Sure, there have already been some manned test flights, and the prices are a few % higher after proof of concept. But it's still early days when you're looking at the probability of what is yet to come.

I'm talking first shroomstock psychedelic ETF coming next week, January 26th (Horizons PSYK). With more to follow suit. I'm talking legalization talk in Florida. And I'm talking big boy financial gains for those who know to get in on the action early on in these small-cap companies. (Small-cap companies are in general on the rise if you haven't already noticed. As millions in lockdown are looking for the next big thing.)

Here is a nice overview of the most popular psychedelic stocks made by @SagacityCM.

I picked this one because it looks kinda neat, and has the most popular companies on it. Mind you these numbers are from December 2020. So prices have changed a little of course. 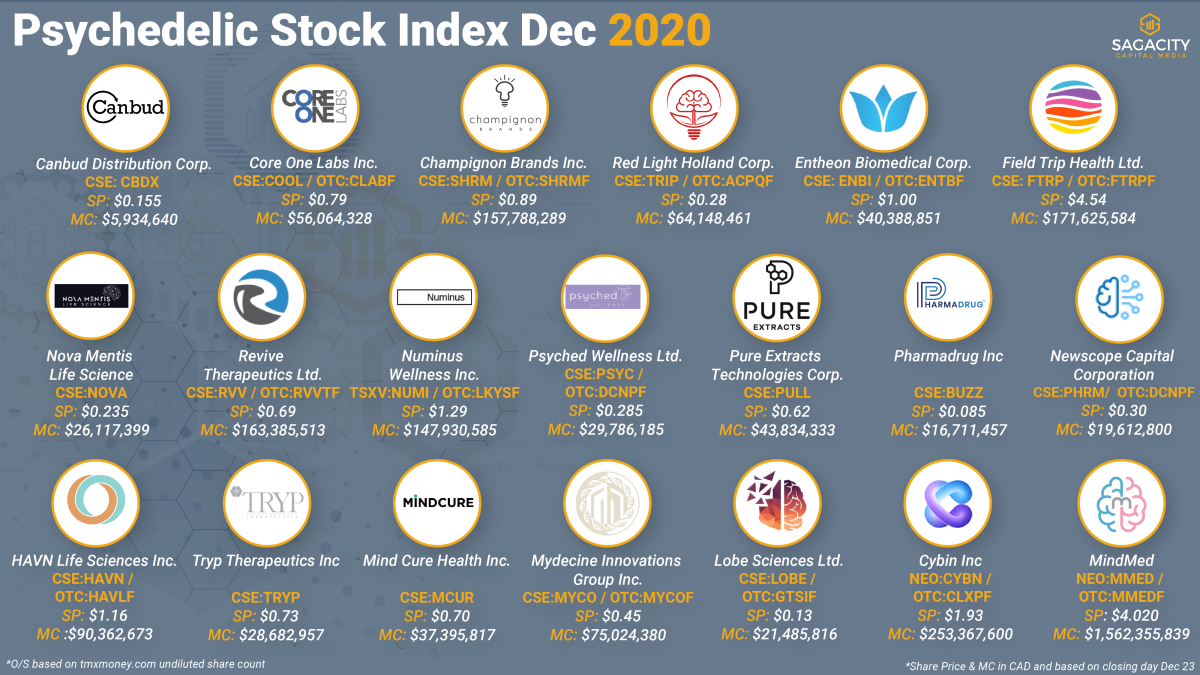 I think it's fair to disclose that I do have some money invested in this market myself. I just got in earlier this month, and put all my eggs in one basket, as you're supposed to, right?

The company I went for was Red Light Holland Corp ($TRIP.CN, $TRUFF). The first company going aggressively for the recreational market. As a guy who thinks you shouldn't have to get a doctor to prescribe you nature's gift of psilocybin truffles and mushroom, I felt like this was the right choice for me. If you look at the people involved (Todd Shapiro, Hans Derix, Russel Peters, Bruce Linton, etc). Their huge capacity growing facilities in the Netherlands. Product and branding already on the market. And the pace they're moving at, upping the production from 100 000 grams on the first batch, to 1 000 000 grams on the upcoming. Continuously making moves on upcoming and already legal markets around the world (Brazil is a huge one). Yeah, it didn't take much to sell me on their business plan, from both a business perspective and an idealistic one.

It's my passion investment, as well as my ticket to the moon. So I wouldn't mind you guys waiting a little to buy into RLH until I have maxed my position. Honestly.

But regardless of what stock you pick, your chance of some nice profits should be really good at this time.
Please do your own due diligence, and don't just take my word for it. (Like any of you actually would...)

Probably just putting what we all think in plain writing.

Living in the Future

We can't use the same blueprints to succeed in life, as the generations before us. We have to take the best from the past, and adapt to our new reality. Exciting times we live in, and ahead.