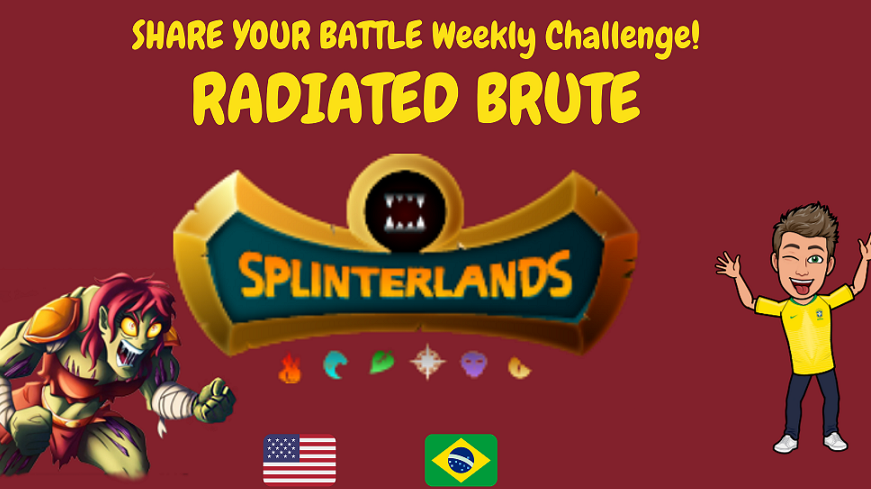 Hello Splinterlands community! All right with you? I hope so!

Today's weekly challenge is with Radiated Brute, a Splinter card that I don't use much fire, as I believe that other cards like Fineas Rage, for example, are better for the same position. Now let's introduce this week's main character:

If you want to watch the battle, I left the link below.
Link Batalha

The positioning of the monsters and their **stats** before the buffs can be seen in the image below:

After the buffs from the summoners and monsters, the **stats** of the monsters were as shown in the image below:

At the end of Round 1 the opponent had already lost 3 monsters, Chaos Agent, Radiated Scorcher and Serpentine Spy. My team was still fully present in the battle.

At the end of Round 02 the opponent still had the same three monsters on the battlefield. While our team had lost 2 monsters (Lava Spider and Radiated Scorcher).

At the end of round 03 all the opponent's monsters were eliminated, so we won the match.

Hello P0x community! this is my blog in the community where i will talk about blockchain games and possibly other curiosities hehehe!