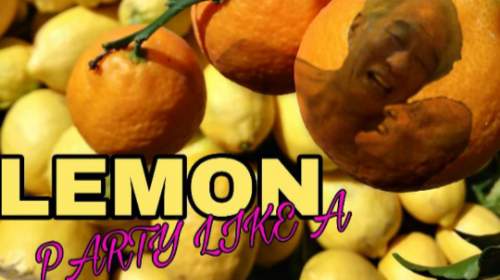 Being a ten year attendee of the Hedonism adult vacation destination was not without its benefits. Tamdel Warwick had survived multiple run-ins with Gonorrhea,  The Clap and nameless ego damaged husbands who did not understand the thrill of hidden man in the closet voyeurism games. The Mall Walk was exactly what Tam needed. Once he won , he was determined to coerce the Clown into joining him on roasting pigging that Pterodactyl Hand Thing.

No one had noticed him duck into the Sam Goodie when the black pygmy was released to battle that giant crane. He heard the baritone hoots and bloops of the Pygmy dialect as the crowd of young spectators cheered in animalistic fervor. He knew the Pygmy didn't stand a chance . He pondered this as he came to the opposite entrance exit to the music store. Jackpot ! he was now a good half a mall ahead of his  competition.  Who did they think they were? Bunch of Winnabagan Warriors who lived merely to grill and die. He knew how to prolong an orgasm for hours by constricting his anus and knew where to get the seeds that made his loads smell like Ambrosia salad after all.

Mr. Sharman was neck in neck for the position of tenth place. Just where he wanted to be. Rusty knew that the cluster at the center was the safest place to be , as Karen's head rolled under one of those 'make your own music video' kiosks. He rolled the Mummified Pervitin Fetus between his fingers. He felt assured knowing what rested in his right pant pocket. When the time is right.

Life in the kali yuga

A series of short stories based on life in this rapidly changing Technocratic McSocialist Society. Like a speeding train smashing through the Mall Walkers Of America Competition, get your popcorn ready because it's too late to change the channel now. All featured artwork is by yours truly.