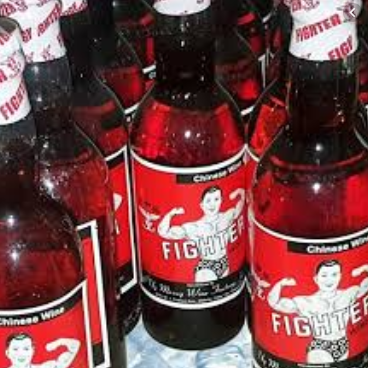 Our lives can sometimes become too painful to bear. And we look for a distraction. That distraction could lead into either a good hobby or mean addiction. Vices are distractions of our lives. At one point we tend to just stopped connecting the dot's of events and just simply slide the stroke from here to here,creating a pause, a comma to everything that has been going on with life.

Today I want to talk to you about my three buddy neighbors. Daniel, Pedrito and Buloy. They call themselves the local three musketeers and sometimes "Partido Tiyan" simply translated as Belly Party. Belly Party because they love eating and drinking which resulted to big fat flabby bellies.

The first part of this story is about Daniel. Daniel is the most alcoholic of the three of them. Daniel has two sons. He tends to his own livestock pigs, ducks and chickens. He also goes fishing sometimes. He is the kind of father a son would be scared of. I remember one early evening he tied his son Junior in the jack-fruit tree outside their house. Junior was tied naked. There's also the incident where Daniel sacked or put Junior inside a sack and tide the sack with a rope in the tree. Junior was hanging in the tree with lightly lit fire below him causing smoke that made little Junior cough so hard to breathe. I know this is definitely child abuse. But in those years the child abuse law has little to no fangs it in. The neighbors simply turned their eyes away to avoid the wrath of their neighbors. A father's business to discipline his child is his own.

In the later years, when Junior grew older Daniel's love of liquor grew and grew. I can see him walking slowly to their home like a zombie almost every late afternoon. The smell of booze and cigarettes lingers in the path.

Daniel had been addicted to boozed. I witnessed how it devastated him and his family. Junior is two years older than me, who even with his mild demeanor has became famous for dropping in and out of school. Were not friends but we get by, I remember one single fist fight with Junior but then we got along fine in the later years. I didn't have the courage to ask why he tolerated his father's alcoholism. But I can see that Junior had outgrown his fears of his father. If I was Junior growing up in that environment would have given me some psychological after effect. Junior seemed to fare fine.

I remember few days before Daniel died. One evening he was out looking for liqueur. His hands trembling, his eyes unfocused, and his lips says words only he can understand. The only thing coherent was the words, "Have you seen the fighter?" The "fighter" is a local wine which is one of the cheapest if not the cheapest of them all. At that time it was only around 10 PHP or $0.19. Today the price is around $0.38 in dollars. In a few days Daniel's had developed a short term amnesia, only thing in his mind is alcohol. He would roam around the neighborhood looking for one. He even forgets how to get home. He mumbles about things we don't understand. Until he no longer got the energy to go outside his house. He eventually died.

Daniel's alcoholism had been a lesson for many youth in my place since then. It had changed the way we looked at alcoholic drinks. To always tame the thirst and drink moderately.