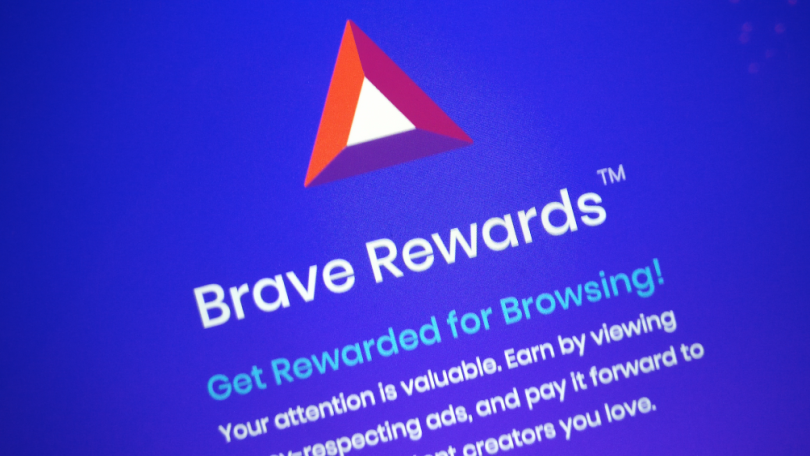 I am currently writing this from the Brave Browser, which I started using about a week ago. Publish0x seems to advertise Brave as a good browser and Brave is famously connected with Basic Attention Token. The key ideas behind Brave essentially boil down to 1. They will notify you of ads you can choose to watch, and if you do engage with them they'll split the profit with you, 2. The browser will block all advertisements (other than those from Brave that you opt in to) 3. The browser has strong pro-privacy policies. So the question is, how does Brave live up to its claims? The conclusion I have come to in my short time using the browser is...it's complicated.

I don't want to keep the suspense up too much, so let's just jump into talking about the biggest flaw I have seen - any hope of making significant money/BAT off of using Brave is just a fantasy. This should hopefully be obvious to most people, since there really is no good "get rich quick" scheme unless you bought Bitcoin in 2010. Still, I have been a little disappointed. For the week as a whole I am on track to make less than $1 off of viewing ads on Brave. For what it's worth, I have watched ads every opportunity I have had, although I am using Brave in conjunction with another browser. Still, I have been using Brave for probably 3-4 hours a day on average. I did not expect much, but this is pretty much pointless. On top of that, I don't see any of it until September 5th, and then there would be the whole process of managing another wallet and getting it to an exchange. I suppose you could hope that BAT gains value, but unless it really blows up I don't think that will change much. Even if the idea is more for users to direct their BAT to creators they appreciate, it still really is not much.

There isn't really much Brave can do about this, as they say they split profits from ads 70/30 in favor of the user. It is nice on principal to get paid for watching ads, rather than the sites getting everything. As for how ads through Brave work, you get a little pop-up in the bottom right corner of the screen that you can click on or easily ignore. If you click on it you get a new tab with that page and you interact with the ad. Then you get paid. You can also totally turn off ads or limit them to as few as one an hour. Honestly, it seems like most of the time I get no ads, which leads me to think that Brave doesn't actually have enough advertisers to consistently show ads to those who want them.

Still, I have to give Brave a 4/10 when it comes to profitability right now. I like the idea, but what's really the point right now? There is potential for improvement as the browser gains more users and advertisers.

With that out of the way, there is actually a lot to like about Brave. It blocks ads better than any browser or extension I have ever used. It even manages to get rid of those things you see on news websites that say something like "sorry, you have to sign up for a subscription to read this story". That's pretty nice. Of course, fewer ads mean that websites load more quickly, although it isn't that noticeable to me.  Overall I give the adblocking element a 9/10.

Finally there is the privacy element. Blocking ads and trackers so effectively makes Brave one of the most private web browsers out there. It also had a feature to automatically upgrade sites from http to https whenever possible. On top of that, it includes not only a private window feature, but a *Tor* private window feature. The Tor private window will use DuckDuckGo as it's default search engine, which is another plus. Brave's broad set of protection features, extensive tracker blocking, and the ability to launch a private window with Tor leads me to give Brave a 9/10 for privacy. I'm mostly just holding back on a point here because I want to use the browser longer to make sure I'm not missing any privacy issues. I'm not sure how their Tor window stacks up against using Tor normally.

The browser seems fast and so far it has been easy to use and customize.

Overall I'd rate my experience so far a 7/10. I love the privacy and I like that I can open a private window with Tor so easily instead of having to open up Tor normally. I'd recommend giving it a try, just don't go in expecting to earn anything noticeable.

Apparently there are also some politics behind how the developer originally worked for Firefox, but was pushed out for his opposition to gay marriage, but I don't know a ton about that. Besides, that would be for a different post anyway.