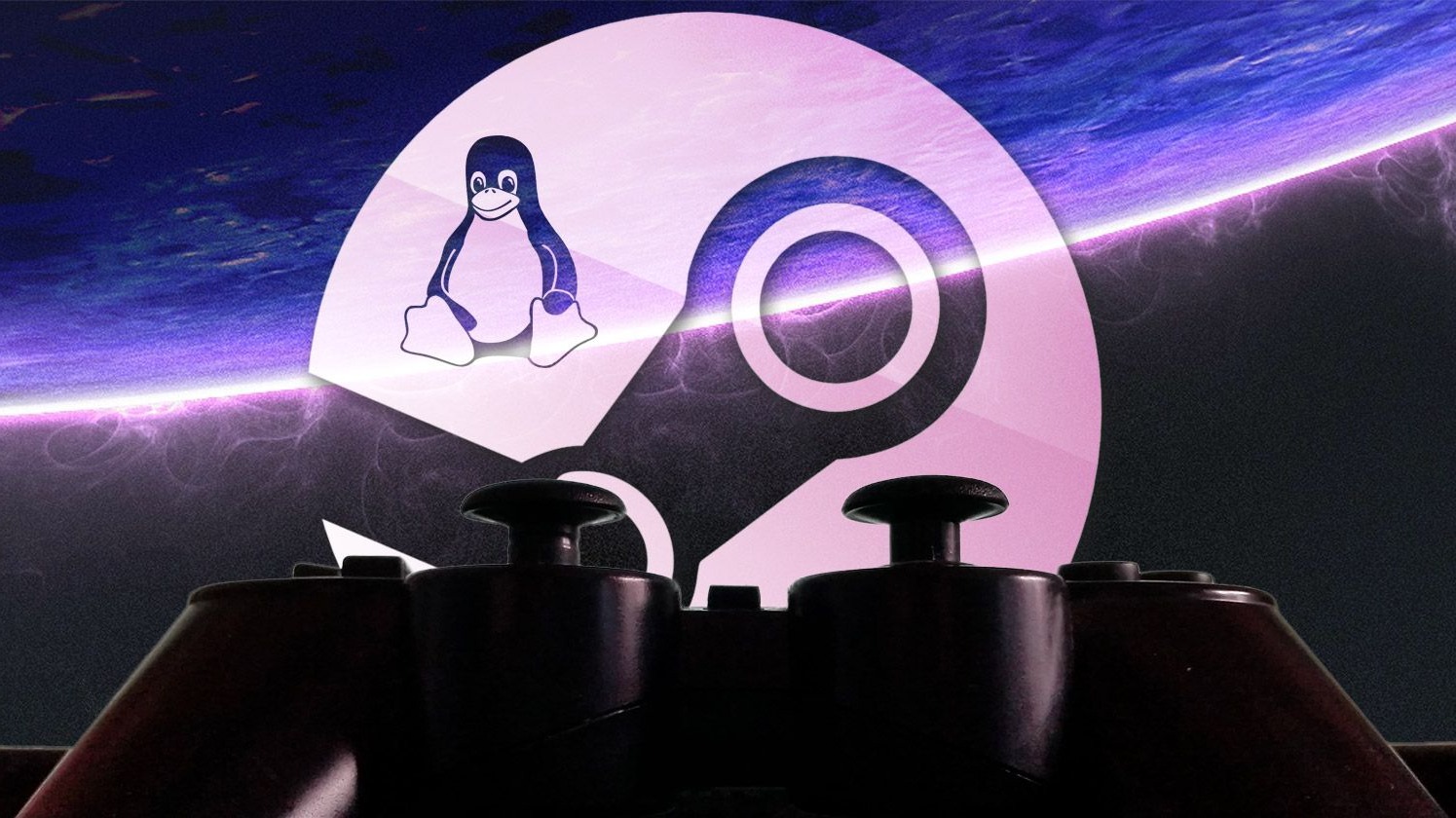 In April 2021, I made a blog post on the state of Linux gaming. At that time, the Linux marketshare on Steam still hovered below 1%. While the compatibility layer, Proton, made Linux gaming more palatable than in years' past, there were still several issues that had to be addressed before the average PC gamer can take it seriously.

Convenience, or the ease of use, was one of them. While Proton really made the experience more plug-and-play, it did not come without technical problems. Some games required specific launch options in order to work properly. Others needed a specific third-party version of Proton like Glorious Eggroll which required downloading from Github and installing it in the compatibilitytools.d folder. A tinkerer would not mind this, but a PC gamer who likes things to "just work" will. 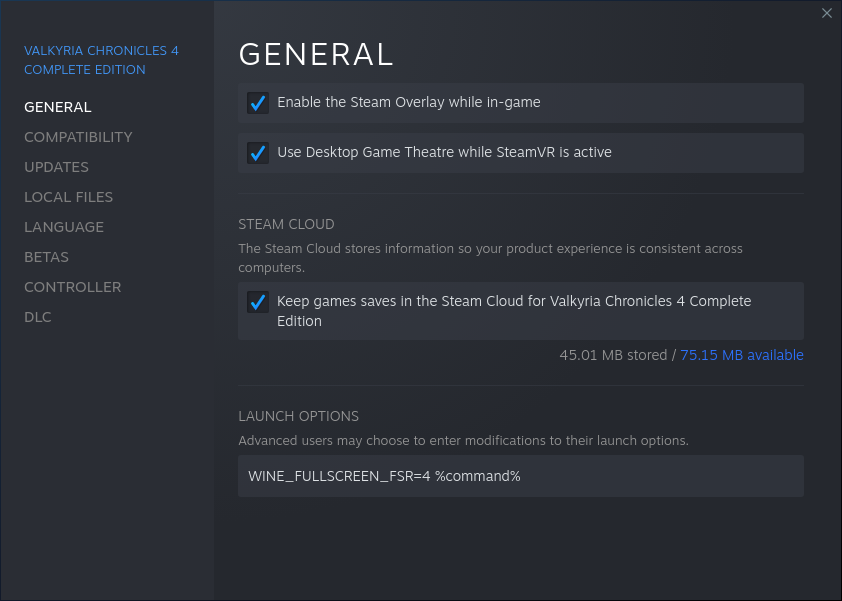 Me implementing FSR on Valkyria Chronicles 4 through the launch options.

Anti-cheat was another problem. Compatibility layers can only translate syscalls at the API level whereas anti-cheat software issues syscalls at the kernel level. Multiplayer games that run on EAC or BattlEye would just not launch. At the time, the only ways to support Linux was either make a native Linux version or switch to non-kernel-level anti-cheat software, neither of which made financial sense to developers.

Fast forward to present day and the environment has substantially changed. Valve's Steam Deck is a PC handheld that provides a console-like experience and the immutable filesystem prevents naive users from accidentally bricking their system. On top of that, leading up to the Deck's launch, Valve managed to convince Epic Games and BattlEye to provide anti-cheat support to Linux albeit in an opt-in basis.

Games support have increasingly improved. Under Valve's Steam Deck validation system, the number of "verified" or "playable" games on the Deck more than tripled since launch, from about 800 to over 2500 games. Japanese games are notorious for not playing nice with Proton due to having opening movies upon booting. However, notable titles such as Persona 4: Golden and Ys IX -Monstrum NOX- are now labeled as "verified", the highest possible level. Furthermore, the number of anti-cheat games supporting Linux has gradually increased. According to Are We Anti-Cheat Yet?, 42.2% of games are now supported. Best of all, these benefits not only benefit the Deck, but other Linux systems, too. 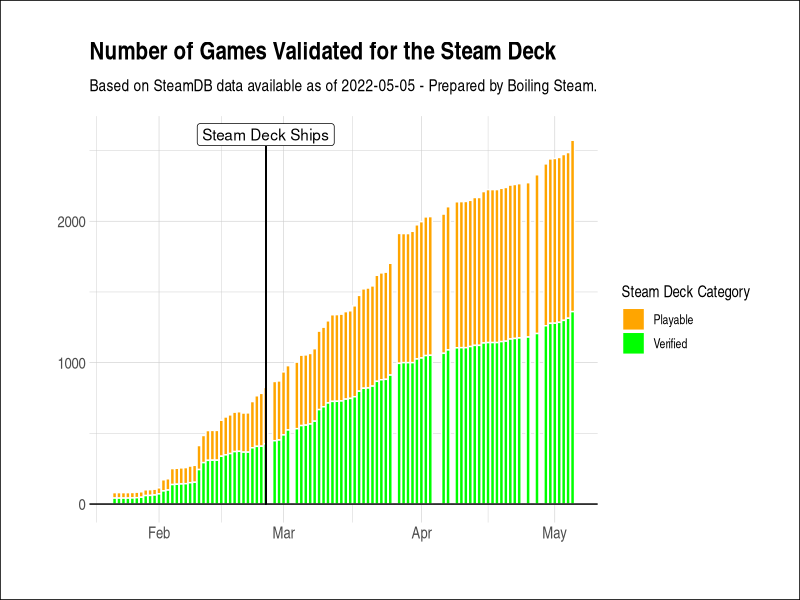 Not only that, but Valve continues to bring significant updates to its PC handheld. A recent 3.2 update to SteamOS introduced the option to change the screen's refresh rate (from 40Hz to 60Hz) as well as applying variable rate shading (VRS) in games. The former is particularly significant since the Deck's screen does not support variable refresh rate (VRR) which helps reduces stutters when the framerate fluctuates.

By setting the refresh rate to 40Hz and locking the framerate to 40fps, the user can have a smoother experience than when playing at 30fps while only sapping marginally more power from the battery. YouTubers MonroeWorld tested this feature out on Nex Machina. At an unlocked framerate, the Deck sapped up to 23W. At 30fps, the powerdraw went down to around 10.5W, but at the cost of smoothness. When he set the refresh rate to 40Hz, the game runs significantly smoother while only drawing an additional watt.

Lastly, Linux clocked in at 1.14% of Steam's OS marketshare for April. After consecutive monthly declines to as low as 1%, it roared back by going +0.14%. It also hit 2.83% among just English-speaking users, the highest since GamingOnLinux began tracking. 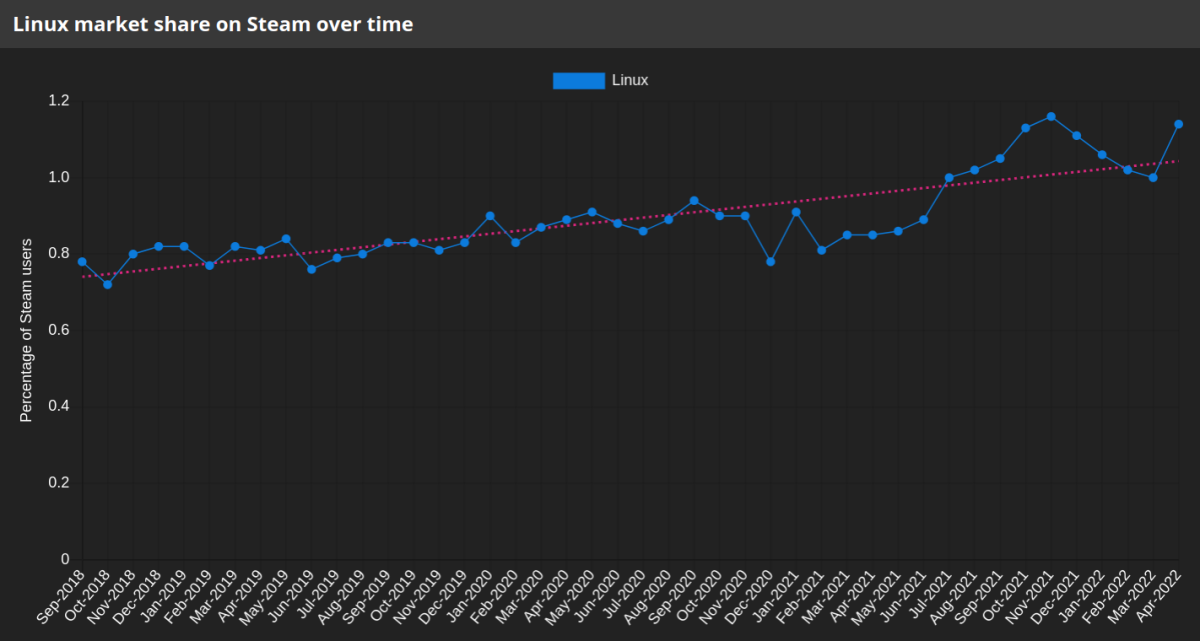 The interesting part was that the results suggest the rise mostly came from the desktop side, not from the Steam Deck. Under the video card breakdown among Linux users, the Steam Deck represented 1.82% of the userbase as "AMD Custom GPU 0405". Doing the math, the Steam Deck only contributed about 15% of Linux's increase in marketshare. This is actually good news as production and shipping of the Steam Deck has ramped up as of late. Supposedly, starting last month, Valve began shipping the units by the "hundreds of thousands".

All in all, the Steam Deck should be considered a success. Unlike with the Steam Machines, Valve has provided frequent and consistent updates its handheld device. New impressions continue to be published on YouTube of which the majority have been positive. And when the Deck gaming experience improves, the benefits also trickle down to the general Linux desktop.