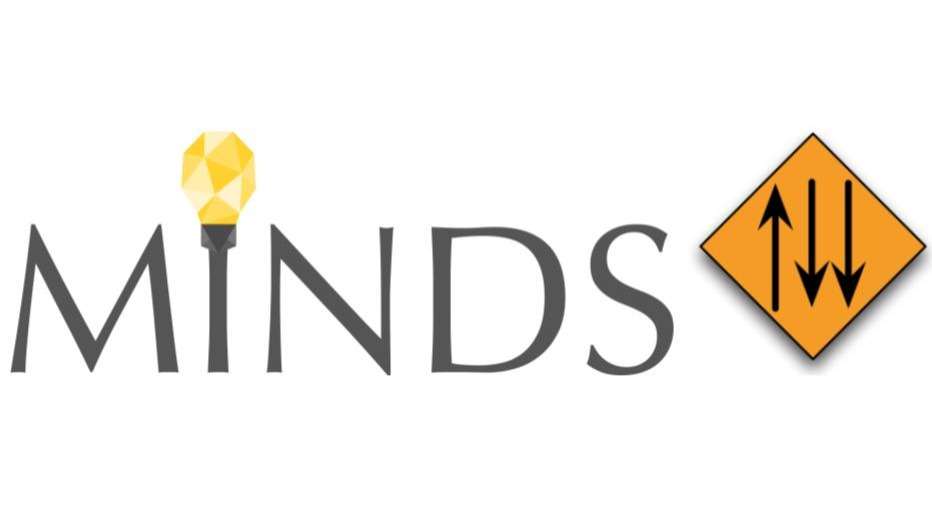 Recently, Minds made two major announcements. Firstly, by next week, the social media platform will launch the Minds Chat beta. The second announcement involves a major overhaul of how Minds distributes engagement rewards.

As you may have ascertained from the title, cumulatively, I find these initiatives to be one step forward and two steps back. While news of Minds Chat sound very exciting, I am extremely disappointed at how the platform has changed its token distribution system.

Let's cover the good part first. While there are little details on how Minds Chat will look like and function, Minds did list a few key features. 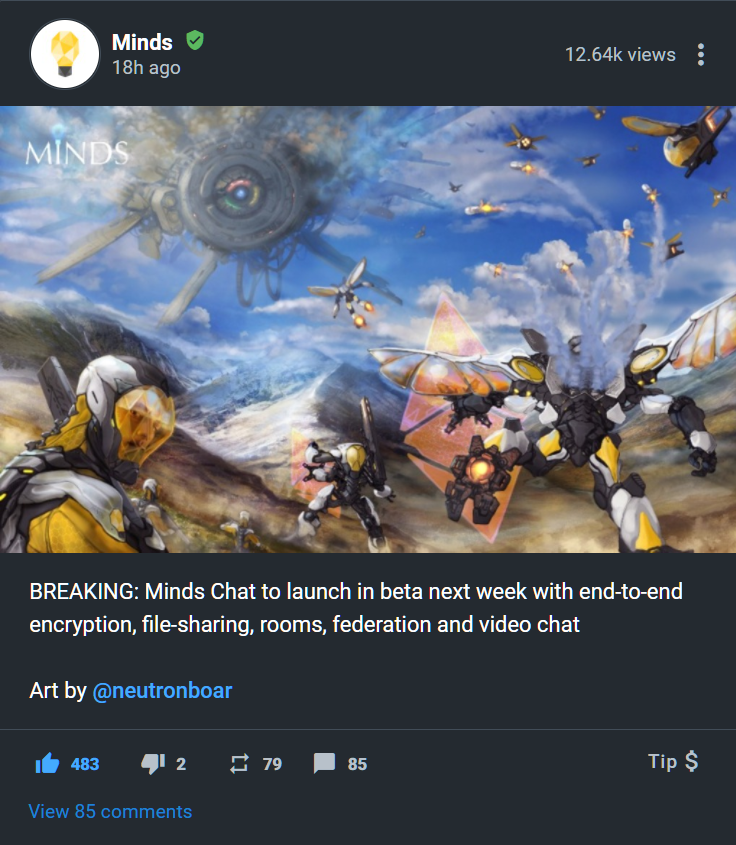 Hmm... file-sharing, rooms, federation, and video chat. Doesn't that sound almost like Discord? With rooms, Minds users can finally converse with multiple people simultaneously. Federations are basically Minds's version of Discord servers, at least from what I interpreted from these features.

As of now, you can only directly message one individual at a time. E2EE requires resources and is slower than no E2EE or link encryption. If the data is lightweight like plaintext, then this is not much of a problem. But if you're sharing files, for instance, then that's a different story. However, Minds seems to have found a way to add these more advanced features without E2EE holding them back. That said, Minds has not elaborated on how this all works. 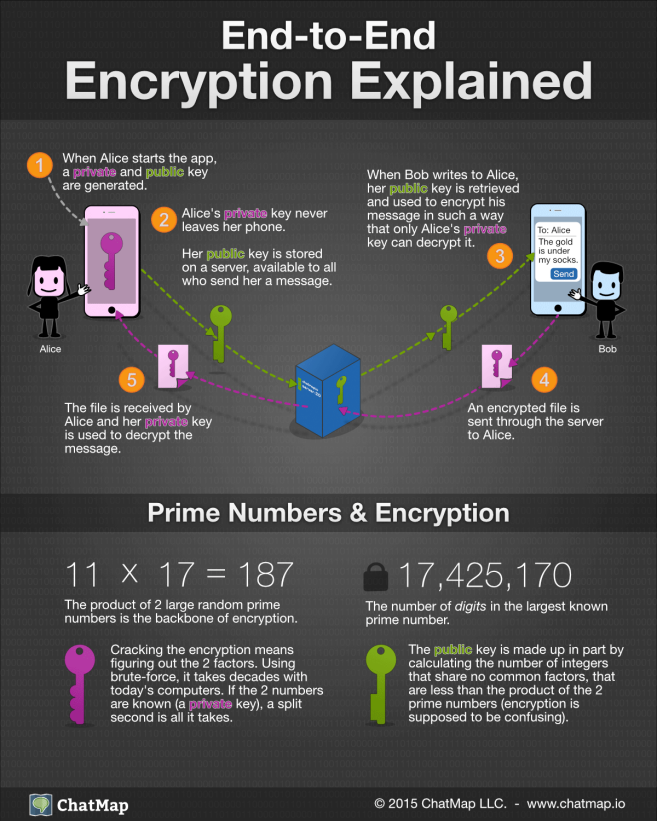 A diagram of how E2EE works between 2 individuals.

Provided that the beta goes well, Minds Chat may be a viable open-source alternative to the proprietary Discord and can potentially shake up the social media field.

Effectively today, Minds has changed how engagement rewards are distributed to users: 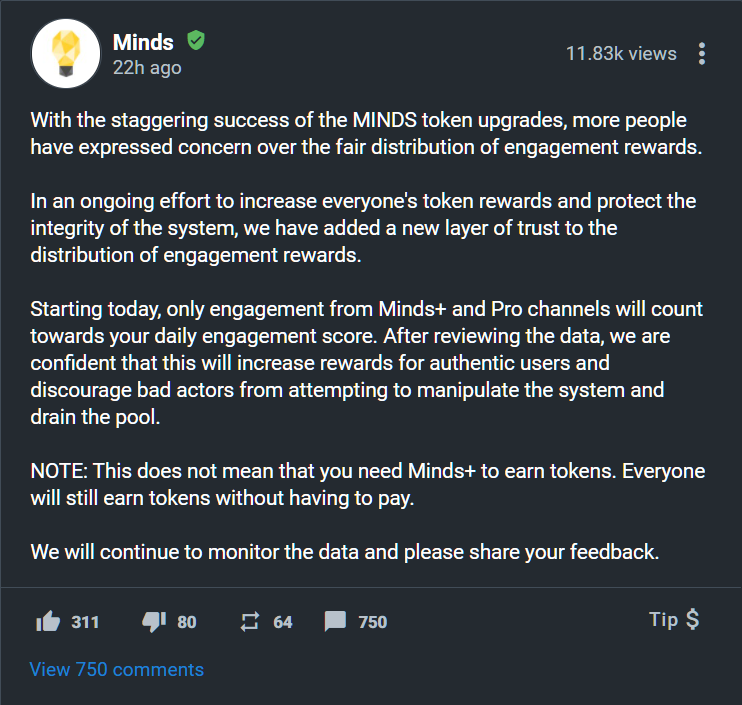 The TL;DR version is basically you will only earn engagement rewards if the engagement comes from Minds+ or Pro users. Any upvotes, subscriptions, or comments from non-Minds+ or non-Pro accounts will not count.

As you may have observed from this screenshot, the announcement got the good ol' ratio. While there are more likes than dislikes, the amount of dislikes is not insignificant. In addition, the amount of comments far outnumber the upvotes and from what I observed, I saw more negative than positive comments. The price of the Minds token also dropped significantly since the announcement: 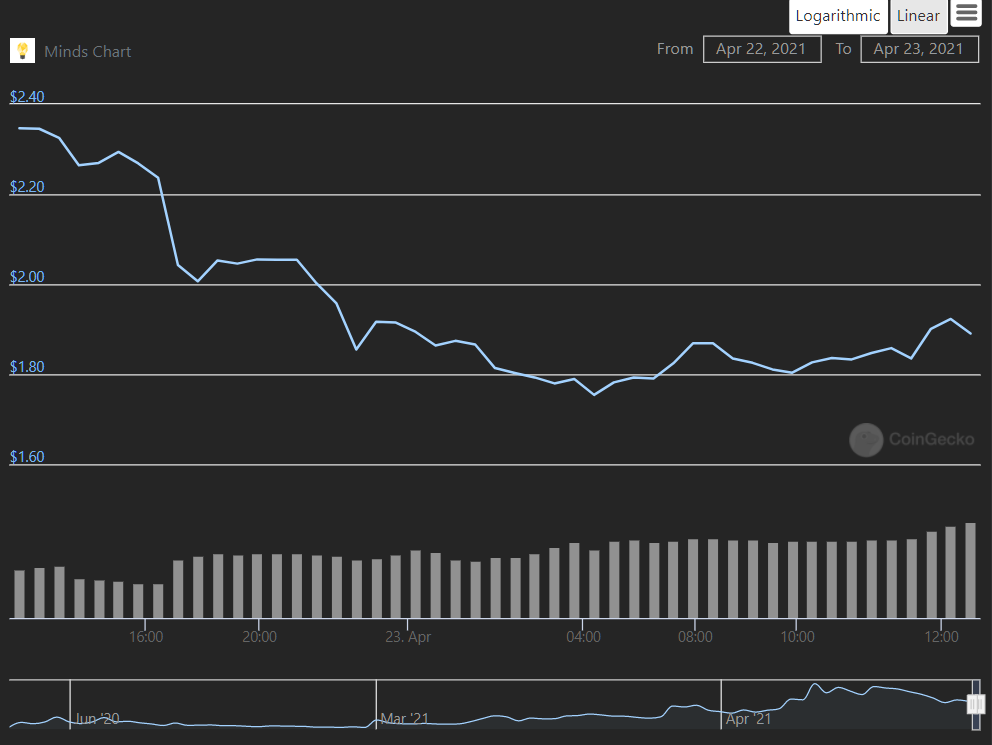 The announcement came about 23 hours before I took this screenshot on CoinGecko.

On the one hand, I understand why Minds would want to implement these changes. Bots are not just annoying, but people can use them to game the system. On the other hand, this does make it more difficult for smaller channels and newbies to earn tokens and grow their platforms. The Minds token has a pretty neat utility of boosting your content. Each token is an equivalent to 1,000 views and boosting your content will provide it more exposure to the Minds community.

Personally, the vast majority of the engagement I receive come from non-Minds+ and non-Pro users. As these users also respond on my content and comment, I can assure you they are not bots. It's very disappointing that their engagement will no longer count. I think there needs to be a middle-ground and hopefully, Minds will adjust to something that only hurts the people who want to game the system.

I look forward to how Minds Chat will perform during the beta and how it will do when it officially rolls out. The prospects of a secure, open-source version of Discord sound very enticing.

Unfortunately, my feelings towards Minds's overhaul of the engagement rewards system are the total opposite. While I understand their desire to stop the people who use bots to game the system, the new policy also hurts the small channels and newbies. Minds did state in its announcement that it will be open to feedback. With the amount of negative comments below, I hope it does take them into account.

Of course, these are just one random person's opinions.