Kryptomon - The next big NFT phenomenon? 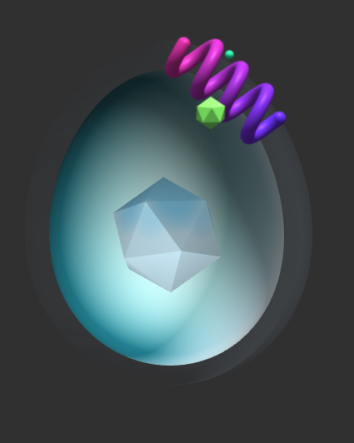 The NFT landscape is absolutely booming right now. Not a day goes by where I don’t see a new headline about NFTs, from NBATopShot, cute fluffy Cryptokitties or even AxieInfinity empowering a village to earn a living during the Covid pandemic. Someone even managed to buy two houses in the Philippines with the earnings from playing Axie Infinity!

Now, as great as Cryptokitties and Axie Infinity are, as someone who’s just discovering the crypto world, there are 2 main issues that’s common to both these games:

As someone from the outside looking in, I can’t help but think — Am I just too late to the party? Have I missed my chance to #PlayToEarn since it’s just not realistic to spend $1200 for a game where I have no certainty of being able to make it back? 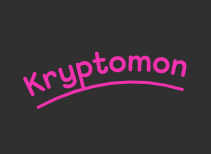 Kryptomon is the newest thing to surface in the world of blockchain games. The developers are 80/90’s kids who grew up in a world of Tamagotchis and Pokemon, with the whitepaper clearly spelling out that they envision a game that combines the best parts of the two franchises — taking care of your Kryptomon and battling with them.

It’s also clear that the developers have done their fair share of market research, noting the current problems in the market. The game hasn’t even been launched and they’ve already dealt with the two issues I mention above.

No cost to start the game

I did a double take as well when I saw this but that’s not a typo, it really is free... for now. To encourage adoption of the game, 10,000 Kryptomon eggs will be given away free of charge to 10,000 players who sign up before the game is launched in June 2021.

That’s not all there is to it though. To give everyone a fair chance at the 10,000 eggs, players will be ranked on a list based on the number of points that they have, NOT by when you sign up. You can get points by:

So even if you’re just reading this in June, it’s still not too late. Sign up with a few friends and together you might just manage to snag yourself one of the eggs!

We also DO know that after the first 10,000 eggs, no more eggs will be created and given away for free. Instead, existing Kryptomon trainers will be given the ability to breed their Kryptomons to create and sell new eggs. So as long as you know someone who is part of the initial lucky 10,000 trainers, you’ll still be able to snag yourself an egg!

Kryptomon is building on the Binance Smart Chain (BSC). Now this is clear proof that the developers have identified the pain points currently in the community and are thinking about the long term future of the game.

Instead of the expensive Ethereum gas fees for actions in game, the average gas fee on BSC is $0.8. Not only will this make the game far more accessible to a wider audience, which in turn helps increase the uptake of the game, but it also means more profits for players when cashing out.

Which is more likely to convince you to join?

“Here’s a free Kryptomon from me. You’ll just have to play the game and pay $0.8 every once in a while when you want to cash out.”

“Here’s a free Axie from me. You’ll just have to play the game and pay $100 whenever you want to cash out.”

Granted, as with most projects in the crypto space, we should take all of the above with a pinch of salt. Much will still depend on the skill of the developers and how they structure actions in Kryptomon. But so far, I’m cautiously hopeful.

With all the hype around NFTs and #PlayToEarn, I would be lying if I said I wasn’t excited at the prospect of being able to make a side income from the crypto space. But being able to do that playing a game? And one that attempts to combine the magic of Pokemon and Tamagotchi that had an entire generation of kids spellbound? That sounds like an amazing deal.

The discord community is pretty active as well, with a couple of people and devs bouncing around ideas for Kryptomon lore. Another example that the dev team are open to ideas from the community and willing to take feedback from users.

So give them a chance and check them out. You have nothing to lose really since signing up and referring friends is free. To be completely transparent, that link also has my referral code on it so you’d be helping me out as well (I really want that egg!) But hey, the more of the game I can experience, the more I can write and keep you in the Kryptomon loop.

Writer for the BSC Times and also a member of the Kryptomon team.

Official writer for the Kryptomon team. I cover anything and everything Kryptomon!