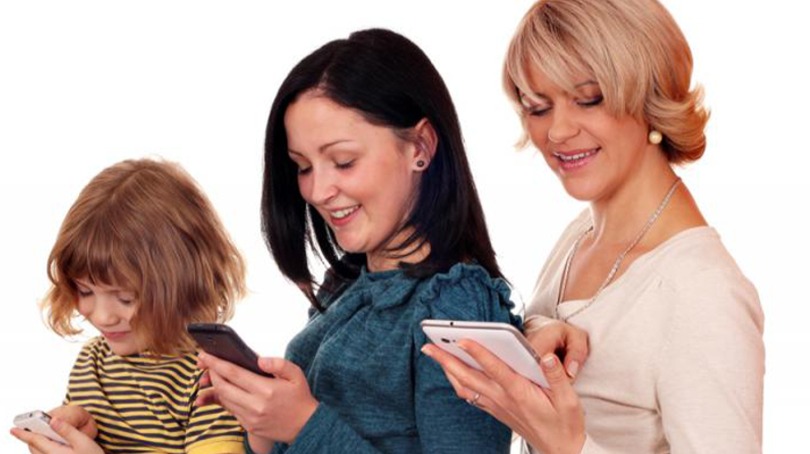 It is obvious that Millennials and even Centennials would take a larger interest in Cryptocurrency than their elders, as they are the era of digital being all they have ever known. While I do agree with the idea that opinions surrounding Cryptocurrency and the usage of Cryptocurrency tokens do vary from person to person and are contingent on the person in question as an individual. The numbers and opinions below are simply that, opinions, mixed with statistics. Read on if you'd like to know more about my stance on Millennials/Centennials, and the eras that came before them, and if there is any relevance between that and the data gathered regarding which era is more apt to buy/sell/trade Cryptocurrency, then read on.

Before we get into the numbers pertaining to the age groups purchasing them, it's important to understand what each age group is referred to like what and what ages fall under which bracket.

Knowing what ages fall under which generation makes understanding who takes the greater interest in Cryptocurrency and the Cryptocurrency market that much easier to understand. With thirteen years in existence, the Cryptocurrency market is still under scrutiny in the eyes of our forefathers for the most part. What most people don't think about is the fact that this is the generation that is paving the way to funding the future of the Cryptocurrency market.  The digitized aspect of Cryptocurrency as a form of USD is something that is very appealing to younger, more electronically geared generations. As older generations have more reservations regarding security and the safeguarding of their personal information. Over the years we have really all come to "throw caution to the wind" when it comes to keeping things like our SSN, banking information, and so forth a very private and secure matter as it should be. The Crypto market is made up of both Centralized Exchange and Decentralized Exchange. The catch 22 here is that most of the older generations would be apt for a Centralized market as although the user has to sacrifice things like privacy, security, and pay a fee, you don't need to have all of the technical education that someone working within a Decentralized market would. You are basically allowing the people behind the market to do the work of actually mining and recording on the Blockchain for you. It is an oxymoron because, in reality, the decentralized market would appeal more to more mature generations if not for the absolute need to be educated on the ins and outs of what mining on the blockchain really is. Because there is no reliance on a third party then transactions are able to take place in a more private manner, as the user does not have to submit their information to a third party as Centralized Exchanges are required to do as a part of the bank secrecy act.

What Tokens Make Up Most Of The Market?

As you can see Bitcoin makes up more than half of the Cryptocurrency market and Bitcoin is a fully decentralized Crypto market. Now lets take a look at the different generations and how they make up the market today.

What Generations Makes Up The Market?:

GENZ AND MILLENNIALS': More than 94% of the entire Cryptocurrency market.

Gen2 makes up the market by 3.5x compared to GenX

Gen2 makes up more than Boomer Buyers by 14.3x

Millennials make up more of the market by 15.5x more than GenX

Millennials make up more than 62.9x than Boomers

How is the Cryptocurrency Market projected to grow?

With these numbers in mind, it is important to note that the younger generations are the generations that are paving the future of our finances. While some people may not be open to the idea of digital currency it is definitely something that as a society we need to become open to as the digital USD aspect of finances is only continuing to grow, whether we like it or not.

Ripple Labs or "XRP" is a token that is paving the way for digital currency to become an actual form of USD sooner rather than later. As XRP currently stands they are considered a bridge currency built for money transfers and payments made.  They are a self-proclaimed digital asset built for global payments, in short, this means that a financial institution is enabled to execute transactions while lowering the number of intermediaries, thus lowering the cost of the transactions.  The idea behind XRP was for it to be used primarily in banks and as a money transfer system, not as a payment currency, unlike other tokens which can be used in a lot of stores.

With that being said XRP is still an innovative, secure, and quick way to send/receive money that is paving the way for digital growth as a form of USD, and the more the market grows the more accepting the generations must be becoming. As time goes on soon all of the other generations will fade out and all that will be left are the newer aged generations. While they seem to be on board as things stand now it makes me wonder if future generations will be as well. Will they even have a choice in the matter?  To date we as individuals are fully in control of whether or not we want to take part in the Cryptocurrency market but who knows how much control society will actually have over their part in digital currency. Perhaps digital currency will do away with the form of USD we know today, only time will tell. In a survey conducted recently by Bankrate, almost half of millennials (49%) were at least somewhat comfortable with investing in Cryptocurrency. It would make sense that Centennials would not make up a huge portion of the market given that they are younger than their predecessors, and let's be frank here not many young people are thinking about investing in their future when they are newly graduated from high school. As for the older generations, they are more apt to put their trust in a more traditional form of investment for instance what you would see on Wall Street and so forth. Getting our younger-aged generations on board with the Cryptocurrency market is important as they are the ones that will be making up the entire market as the rest of the generations cease to exist. With them, on board, we stand a good chance of one day having a fully digital market.

I hope you enjoyed this post and the very least found it to be informative. What generation do you fall under? What is your involvement in the Crypto market?