Symbiosis Finance - The Mechanics behind it's Cross Chain Swaps

So, just how does Symbiosis Finance accomplish the cross chain transfers? Let’s take a few moments and investigate the mechanics that make this protocol run.

Basic Scheme as to How the Protocol Works 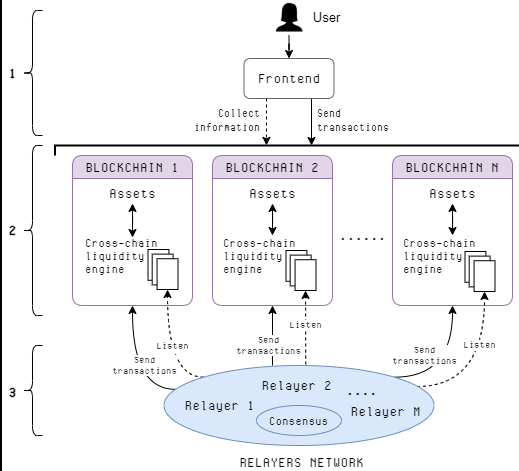 In essence, three layers comprise the basic mechanics structure of the Symbiosis protocol.

In its simplest form, this layer operates all of the liquidity pools on the various blockchains plus the necessary routing mechanisms to access AMM liquidity on the various chains to permit the cross-chain swaps. 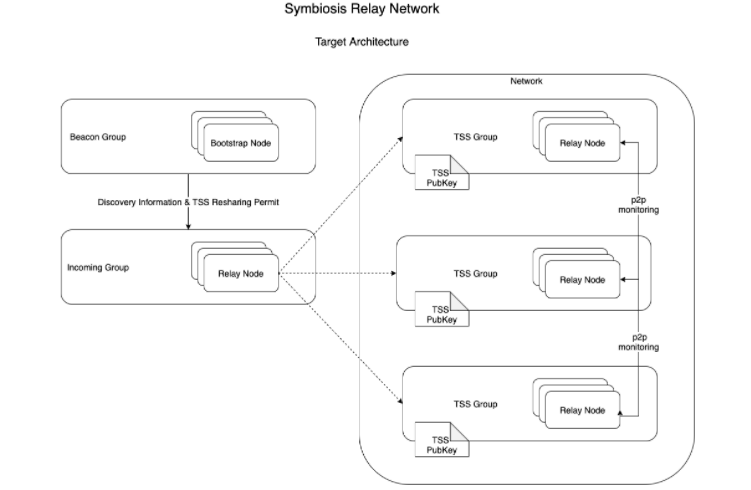 To simplify, this layer is nothing more than a P2P node network comprised of decentralized relayers whose job it is to monitor events on each supported blockchain by Symbiosis that is transmitted by the cross-chain liquidity engine, reach a consensus, and direct the transaction to its proper blockchain.

With regard to cross-chain swaps, Symbiosis uses wrapped tokens to exchange an asset existing on one blockchain into a representative asset on a different blockchain. This representative (wrapped) token is backed by a 1:1 ratio with the original asset which is held by a smart contract within the Symbiosis protocol. Symbiosis distinguishes these wrapped tokens used in cross-chain swaps as sTokens where the s represents synthetic.

The protocol has chosen a stablecoin on each supported blockchain and for each blockchain pair sTokens are processed by the protocol on the chain with the lowest gas fees. The blockchains supported by the Symbiosis protocol are displayed in the following diagram: 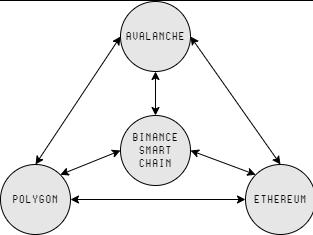 The Deepest Dive - How a Cross-Chain Swap Works

The documents found in the Symbiosis web site provides a somewhat complex and convoluted example for the mechanics of a protocol cross-chain swap. Let’s try and simplify this as much as possible. The example contemplates a cross-chain swap of ERC20 UNI tokens from the Ethereum blockchain to BEP2O CAKE tokens on the BSC blockchain. A diagram of this transaction appears as follows: 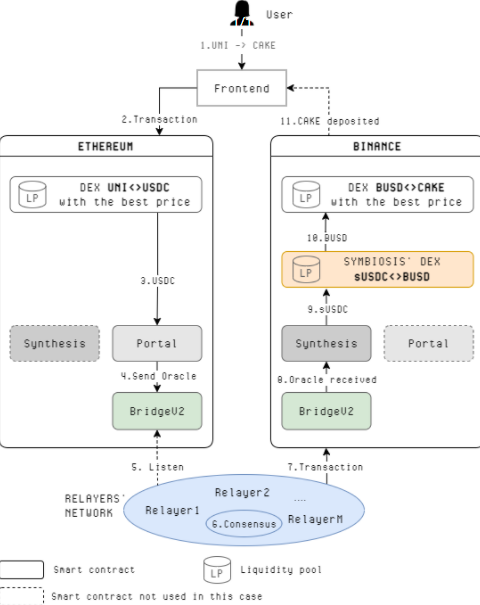 So, let’s try to uncomplicate this diagram by taking the transaction step-by-step as performed by the protocol’s algorithm.

These steps comprise each action taken by the Symbiosis protocol algorithm for each cross-chain swap requested.

It is vital for the reader to recognize that all twelve of the foregoing steps go on in the background. To effect a cross-chain swap the procedure for the user to follow is simple and intuitive. Simply input the token you wish to swap and the quantity you desire to swap as well as the token you wish to receive in return. The interface is self-explanatory: 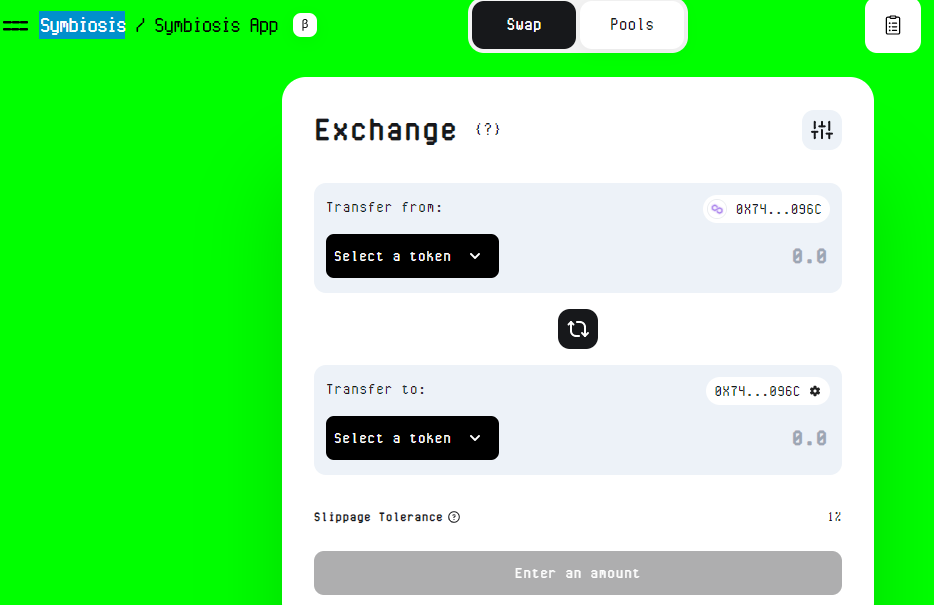 Once the user has entered the necessary information reflective of their choices (and approved the transaction and fees), all they need to do is sit back and let the Symbiosis protocol’s algorithms take care of the rest.