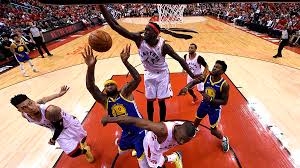 Here is How NBA Enters Into Ethereum

The NBA has recently dropped a press release which states that they are intending to join the blockchain space. The NBA league, as well as the NBA Players Association, has teamed up with Dapper Labs to launch NBA Top Shot - a home for NBA  blockchain based collectables.

Dapper Labs is the development company which had brought us the great success that was CryptoKitties - a project that had actually managed to clog up the entire Ethereum blockchain during its peak usage. The two entities have come together to create a blockchain based platform that allows fans to buy and trade unique digital video clips that commemorate in-game moments from the NBA season. Each clip will be labelled with an identifier to show that it is unique and distinct. The users can hold these clips within the dApp and trade them with other NBA fans using NBA Top Shot.

NBA Top Shot also promises a ‘complementary head-to-head game designed to create a fun, authentic and accessible fan engagement on the blockchain.’ This gamification is intended to make the entire idea of holding collectable videos more appealing. Users will be able to create their own rosters of teams that will go head-to-head in the game to compete. The squads are created through the unique digital videos that a user can collect and trade which means that to create the best rosters users will have to engage in the trading aspect.

NBA Top Shot Confirmed - But Will It Be Built On Ethereum?

Dapper Labs has still yet to announce which blockchain they will be producing NBA Top Shot upon - although all evidence points toward Ethereum. Dapper Labs have extensive experience with working on the Etehreum blockchain and after the success of CryptoKitties, they would not need to look elsewhere.

Dapper Labs CEO, Roham Gharegozlou, had the following to say;

“We want to give basketball fans something that they’ve never seen before, but also something that is immediately familiar and they want to actually play with... You might want that play because you love LeBron, you might love the team he’s currently on, or you might need that moment to play in the Top Shot game.”

He also believes that the social reach of the NBA will help greatly to spread the word as has described them as being extremely “engaged” with the project.

I do really like the idea put forward but is the Ethereum blockchain even ready to handle the potential traffic that the NBA fanbase could potentially bring? This is something I am not so sure upon.