What can be Done When a Country's Military Starts Slaughtering Civilians: Part 5 Military Aircraft Downed and Media Crackdown

A different rebel group, that is aligned with other groups across Myanmar in protest to the military takeover and arrest of democratically elected leader Aung San Suu Kyi, has made headlines today. Previously I have written about the Karen ethnic minority who had taken up arms against the military leadership and continues to battle them. This time however a new group, the Kachin, who I was previously unaware of has taken the spotlight.

The Kachin people, much like the Karen ethnic group, have spent decades fighting for greater autonomy from the central government in Eastern Myanmar. At the end of March, the Kachin were successful in capturing a military base at the foot of the Alaw Bum mountain. This capture has led to heavy fighting in the area as the Kachin Independence Army has continued to fight against the Myanmar military. During recent fighting in the area, a government helicopter is shot down with heavy weapons being fired in the background.

This is a huge win for these rebel groups as previously you had just heard about bombings by fighter jets and other aerial attacks. With military forces previously not having to really worry too much about being shot down now that can be a thought in the back of their minds. Further, this gives the rebel groups another recent thing to rally around. Since another 8 or so protesters were recently gunned down by the military (organizations believe roughly 765 protesters and bystanders have been killed) the rebels need public wins like this. The Kachin Independence Army has been fighting over the base at the foot of the Alaw Bum mountain for two weeks now and still have not backed down.

With all of these losses on the governments side is further escalating its attack on the press. Today the Myanmar Junta announced a ban on satellite TV thus forcing people within the country to see only what the military wants them to see. They have also continued to arrest reporters this time arresting a Japanese journalist for spreading "fake news". Seeing things like this is beyond what I would have expected and something that I feel will only further cause division in the country.

By trying to further implement their will the military is further upsetting and irritating their citizens and residents within their country's borders. This it appears that they might be even trying to disguise some of their attacks now against protesters by making it seem like the protestors are bombing places. A parcel bomb went off however the people killed by it were an ousted lawmaker and three police officers who had joined a civil disobedience movement. These bombs are suspicious at best and it is deeply troubling to see.

China has further called for peace but no one has been able so far to get the military leadership to actually listen. With the military seeming to up what is going on while stricter and stricter measures have been taken the future is looking grim. With the downing of a military helicopter, the rebels have shown they have at least decent firepower behind them. The protests have now gotten any better and so with the downing of the jet, the military has taken steps to isolate its people from information about what is going on within its own country. The military does not want its people to see these defeats and thus the clamp down on the press. It is particularly interesting to see them not expel a reporter but rather arrest a foreign national. This is only going to bring about more outrage against the regime.

One must hope reason will prevail as the citizens want change, and they want the old government back. The military does not want to lose any power though and thus they are now locked into what appears to be a series of even more dangerous escalations. Especially with a pandemic still sweeping the world, I hope the violence stops soon and these people can get medical attention. The last thing that anyone needs is another country with an uncontrolled outbreak like what is currently happening in India. 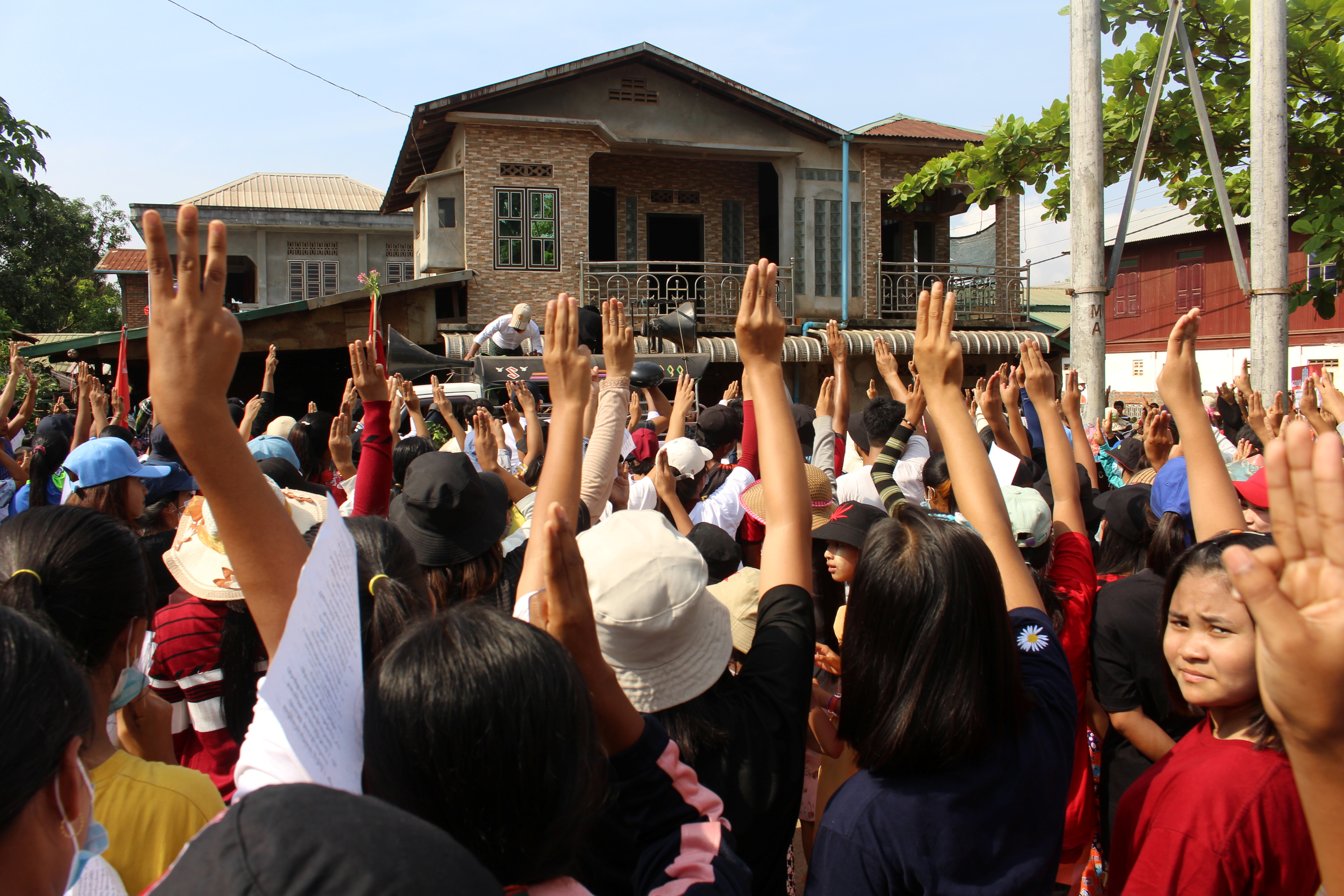