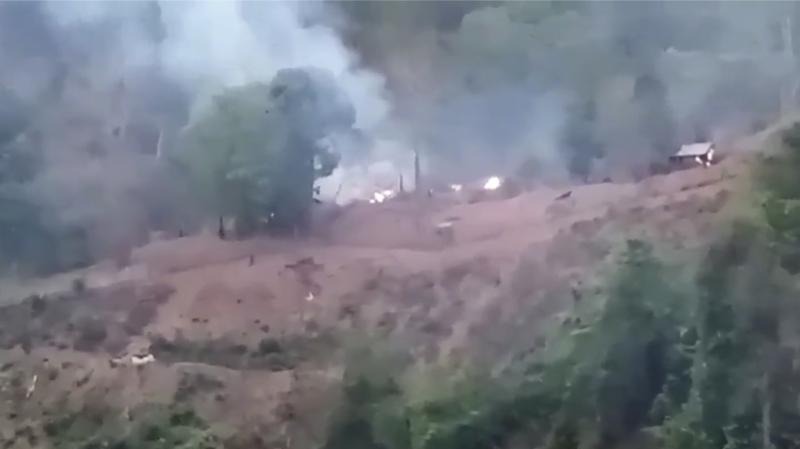 What can be Done When a Country's Military Starts Slaughtering Civilians: Part 4 Fighting Breaks Out

After the hugely disappointing statement released by the Association of Southeast Asian Nations (ASEAN) about the meeting with the de facto leader of the Myanmar Military Junta which stated that the leader would consider the block's suggestions, a new issue with the company has emerged. Along the border with Thailand, the oldest rebel group in Myanmar has attacked a military base and seized control. While the military junta in Myanmar might have dodged a bullet with the ASEAN diplomatic meeting this fighting is a pretty big game-changer.

Recently different rebel factions, across both ethnic and religious lines, have come together to defeat the military junta and return to civilian rule. The united front presented allows for more international pressure for the military to allow this coalition to take over control. Also, issues that occur at a nation border always will cause issues. If the fighting just happens to spill over to Thailand and civilians are injured the military junta will be held accountable and that does not bode well for them.

When the government outpost fell Thai authorities relocated roughly 450 people due to Mynarmar's government mounting airstrikes in retaliation. The Karen National Union (KNU) was behind the capture and they are one of the most battle-hardened groups in the country. The Karen group has fought for autonomy since Myanmar was granted independence and only had signed a ceasefire in 2012 when civilian rule had taken over. Further fighting has been flaring in both the northern and eastern parts of the country with 13 soldiers being killed.

According to the KNU spokesperson their armed wing launched an attack before dawn and once they were done they burned down the base. At a minimum, this represents a huge morale boost to the civilians across the country that they can fight back. Just using some previous knowledge it leads me to wonder if the militia group was able to attack, seize, captures and remove all of the supplies and then burn it down. This would make the military strikes that occurred later on pretty empty.

This leads me to also wonder how this could impact the rare earth metals supply chain. Money talks and that is the biggest driver of change so if these disruptions continue and if the rebel group is able to better arm itself with further successful raids. Another issue is the ethnic Karen villages in the eastern part of the country continue to be bombed by military jets. It is not clear if or how many citizens have been killed or injured in these bombings. One thing for certain is that even though the protests have died down some in intensity it could just be moving to the next phase like armed resistance and only time will tell how it all shakes out.