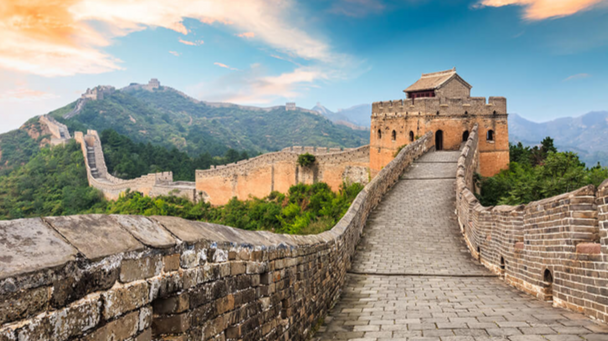 The Great Digital Wall of China

The giant global providers of services and products on the internet; Google, Apple, Facebook and Amazon (GAFA) are blocked and replaced by three national giants that dominate the industry: Baidu, Alibaba and Tencent (BAT).

Let's take a look at the Chinese Internet.

In China there are local providers for all the services that the western internet offers.

Baidu is the map service (nothing from Google maps). WeChat is the WhatsApp version.

WeChat has 1K million active users per month and is considered a Super App without which anyone would feel isolated.

With a series of secondary programs, WeChat allows mobile electronic payments to be made, including making a medical appointment.

All this has led to users, refugees in the concept of "Social Relations", to give less importance to the disclosure of personal information. What has facilitated the Government to monitor every step (literally) of the majority of its citizens.

The most popular services in China are video streaming.

But there the portals are not YouTube or Netflix, but Tencent Video, Quiyi or Youku.

This all sounds great right? So where is the problem?

All this immense data traffic is isolated from the rest of the digital world by a gigantic FireWall. This Computer Wall consists of very few servers which are controlled by the government. This makes it very easy to block certain content and IP addresses by taking censorship to levels never seen before.

This is very convenient for all Chinese trading platforms, since they do not have to compete with the rest of the world. But here we are in the presence of the greatest act of censorship that we can know.

This censorship is applicable to all types of information, trends and interests of the population. For example, political opinions. It is common not to have access to foreign websites. If the contents are not approved by the government, the IP addresses are simply blocked. This measure currently affects Google and Wikipedia for example.

The Chinese digital commerce companies themselves committed themselves to the government to censor the contents.

With the help of very sophisticated image recognition algorithms, Wechat can prevent the transmission of photos in real time. A study by citizenlab.ca from the University of Toronto in Canada, it was able to verify by means of an experiment where the image of an empty chair was sent which referred to a deceased Chinese human rights activist, was not received by his interlocutor in China through chat.

The Chinese government is constantly innovating and increasing its technological developments in surveillance, control and cyber security.

Thanks to these government measures, Internet activity remains politically calm, while from the commercial and cultural point of view it is full of activity and innovation.

But the internet has lost its prominence in the liberalization and democratization of Chinese society.

All this is technologically fascinating, but the socio-political and socio-economic consequences are terrifying.

The marketing of cryptoassets is prohibited and penalized in China.

How would all this control influence digital financial freedoms?