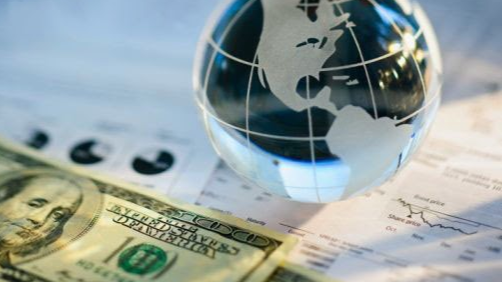 It is fascinating to analyze the fact that many discoveries, achievements and advances of Humanity have been achieved by fortuitous situations and by simple mistakes made by those who would later bear the reputation of "creator" or "precursor."

Thanks in large part to your inclination to have a dirty laboratory. British bacteriologist and Nobel laureate Sir Alexander Fleming discovered the most widely used antibiotic in the world, penicillin. In the summer of 1928, Fleming left his laboratory at St. Mary's Hospital for a two-week vacation. As usual, he did not clean before leaving, leaving bacteria cultures growing on the plates he was studying. When he returned from his vacation, Fleming discovered that in many of his dishes mold had grown. When ordering them, sinking them in a Lysol bath to kill the bacteria, he noticed something strange in a certain dish. The blue-green mold that grew on it seemed to have destroyed the Staphylococcus aureus bacteria that had been growing on the plate.

Today we are at the door of witnessing one of the greatest advances in the adoption and usefulness of cryptography worldwide. And the most surprising of all this are the reasons that would be propitiating this event.

"The situations of stress and despair often tests the creativity of the human being."

The Venezuelan government is currently surrounded by a series of systematic economic sanctions applied by the US government that prevents it from carrying out financial and commercial transactions with many companies and companies around the world, isolating it from the global financial system.

These measures directly affect the Venezuelan state oil company PDVSA, which has been unable to make payments to suppliers and also charge for the distribution of oil to its buying partners. In search of a viable solution that escapes these sanctions, the Venezuelan Administration has resorted to cryptocurrencies.

The Central Bank of Venezuela (BCV) is conducting internal tests to determine if it can keep cryptocurrencies in its coffers, according to four people with direct knowledge of the matter consulted by Bloomberg.

The efforts come at the request of Petroleos de Venezuela (PDVSA) that seeks to send Bitcoin and Ethereum to the BCV, and that the monetary authority pays the suppliers of the oil company with the tokens, according to Bloomberg sources.

Banking entities avoid the use of cryptography, due to KYC requirements and possible money laundering problems that may arise and cause defaults.

It is still unknown how PDVSA acquired Bitcoin and Ethereum, but the truth is that in order to sell them in the open market and obtain American currency the company must register in an exchange and be subject to due diligence. For this reason PDVSA is demanding that the BCV honor its debt commitments using Bitcoin since the central bank would be less exposed to possible blockages.

Regardless of the reasons that are pressuring the Venezuelan Administration to implement cryptocurrencies in its international financial transactions, this would mark a before and after in the way trade is done in the global financial market.

I believe that it is precisely the use of cryptography in these types of transactions that is the real objective when we talk about cryptographic mass adoption. This would be the milestone to be reached, the step that many governments of the world have not yet dared to take, although Russia and Iran are currently considering Bitcoin for their transactions in order to avoid sanctions.

This would imply a change in the political and economic order of the world.

Then, will it be possible for a small oil country in South America, with the worst economy in the world, to be the "Precursor" Nation in the use of cryptography in global financial transactions?