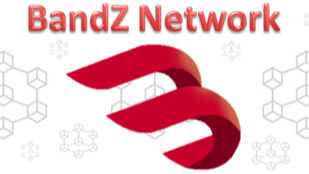 BandZ Network - The Democratization of the Internet (Blockchain)

Considered by the UN as a Human Right, the Internet is currently an essential resource for life. It supports people in the field of communication, research, education, operational support of finance, recreation, etc., which has led us to not even imagine the world without Internet.

"The unique and changing nature of the Internet not only allows individuals to exercise their right of opinion and expression, but also forms part of their human rights and promotes the progress of society as a whole," said the UN Special Rapporteur. , Frank La Rue ... "

The Internet is knowledge, it is wealth, and in the same way they are poorly distributed among the world population. This has caused social gaps to be accentuated as a result of geographical location and government policies of developing countries. Internet access is not democratized.   For example, in Latin America the average download speed in broadband is 7.3 Mbps and only three countries are above the average: Brazil, Chile and Uruguay. In addition, there is also the limitation of access or blocking to certain IP addresses, product decisions that obey the particular interests of governments and that are encouraged by the classic structures of centralized networks, where, from the large data servers, the level can be discretionally decided. of access.

A palliative measure to this whole situation has been the creation of VPNs and the exchange of P2P data. But these actions often involve expenses and loss of privacy in personal information, without counting vulnerability to malware attacks.

With the firm idea of ​​making access to the Internet more effective, thus democratizing the right to technology and information, and taking advantage of an existing digital infrastructure made up of people's mobile devices, without compromising the expansion and investment of companies providers of services (which would significantly lower costs) and with the vision of converting data services into basic products, comes the initiative of BandZ.

Service consumers will have the power to decide when, where and to what extent to access the benefits of the internet, paying with an exchangeable cryptocurrency and that they will value their value according to the needs of the geographical area where they operate, by marketing the width of band available in a distributed network of high speed and with the security and privacy standards that until now were only present in the Intranet of companies and organizations.

Advantages when Compared with Current Services

The commercialization and distribution of data services is currently in the hands of large companies who handle tariffs and allocation with discretion. In order for any user to cover their connection needs, they must pay for and acquire pre-established packages. These levels of centralization allow large corporations to monitor our activity. As an alternative there are private VPNs, but these also incur re-addressing of the bandwidth without the consent, to benefit some customers to the detriment of others, besides that its use implies additional costs.

With the implementation of BandZ, the commercialization of data services would be done in a totally decentralized manner and would be in the hands of the same users who would become service distributors at the same time. With the use of an intelligent device a user could also offer their bandwidth to be consumed by a pair, and with the exchange of tokens supported by the Blockchain technology, we would be creating a true win-win relationship.   With the use of a friendly application, any individual user can configure their own data distribution node through a VPN, which will offer high levels of security and privacy supported by the BandZ protocol, thus building a true ecosystem of open and distributed exchange.

In addition to being the central idea that sustains the power to share resources between users, it also implies a commercial relationship between the client and his service distributor.

Mobile devices would serve as access points or signal repeaters. By sending and analyzing the feedback signal or the bandwidth consumption, you can determine which are the geographic areas where the demand is greater, as well as those empty areas where the service needs to be offered and which do not have infrastructure by part of the traditional suppliers. With this information the networks can autoconfigure themselves and thus determine which is the best way to reach a requesting device.

Mesh Networks makes available to suppliers, these empty areas with the platform formed by the devices of their customers. In this way, a large-scale commercial exchange is created where everyone benefits, since customers can receive rewards from distributors.

In Venezuela, emigration levels have increased due to the critical social and economic situation. When these citizens arrive to their countries destinations, they are practically incommunicado and without Internet access. Many of them despite having some smart device, does not have the resources or the legal status to acquire a new SIM card. This limits them in being able to communicate with their relatives that they left behind, to inform them of their condition or to know about them.

With the use of the BandZ network this situation could be solved without setbacks. By contacting any other user of the network (such as friends or acquaintances) who serves as a distributor of data service, telephony or bandwidth, they could have access with their own mobile device. Payment for the service would be made with the BandZ tokens(BNZ), so there would not even be the need to acquire national currency or any other currency. Rates for the service may vary according to geographic location, or simply by the criteria of the person serving as a distributor.

The Internet of Things

Smart homes, houses that are self-configured and operate without direct intervention of human beings. Self-adjusting thermostats according to atmospheric conditions, intensity levels of the luminaries adjusted according to the time of day. Schedule the laundry of the clothes or simply prepare the coffee from your car when you go home after a busy day at work.

All this potential for comfort and modernism would not be crystallized without a solid and sustainable access to the internet. By using the BandZ network , the necessary bandwidth could be assigned to each device in the home and thus maintain constant operability.

The proposed protocol for the BandZ network involves end-to-end encryption. With the security features of the corporate intranets but forming an extranet composed of independent distributed nodes of global reach, the consumer user can choose where, when and to what extent access the network by managing a bandwidth according to their requirements.

Currently, large telecommunications corporations have access to our personal information. Profiles, tastes, inclinations and family information are used without our consent to support research and develop marketing campaigns. In the BandZ network, personal data, highly sensitive private information such as passwords or passwords, would be impossible to access by third parties, since privacy is considered a basic right.

When we talk about blockchain, we are talking about integral factors of trust and transparency. Governance conditions and policies decided by consensus, established in intelligent contracts, provide the best tool for measuring commercial and financial exchange.

Blockchain is decentralization. For this reason, large corporations must rethink their strategies. The P2P exchange will end monopolization. It is not about competing against the big organizations, on the contrary, they can also benefit from adopting the BandZ model. Partnerships with IPS are planned for future actions.

The financial exchange will be made with the use of the BandZ tokens (BNZ). When an individual decides to sell part of their bandwidth, they receive this cryptocurrency type ERC20, which will be quoted according to geographical location, competitiveness and supply-demand, which represents a large-scale commercial exchange, this will put pressure on to the IPS to lower prices to make them more competitive, which would benefit a greater percentage of the population.

For more information and Resources: