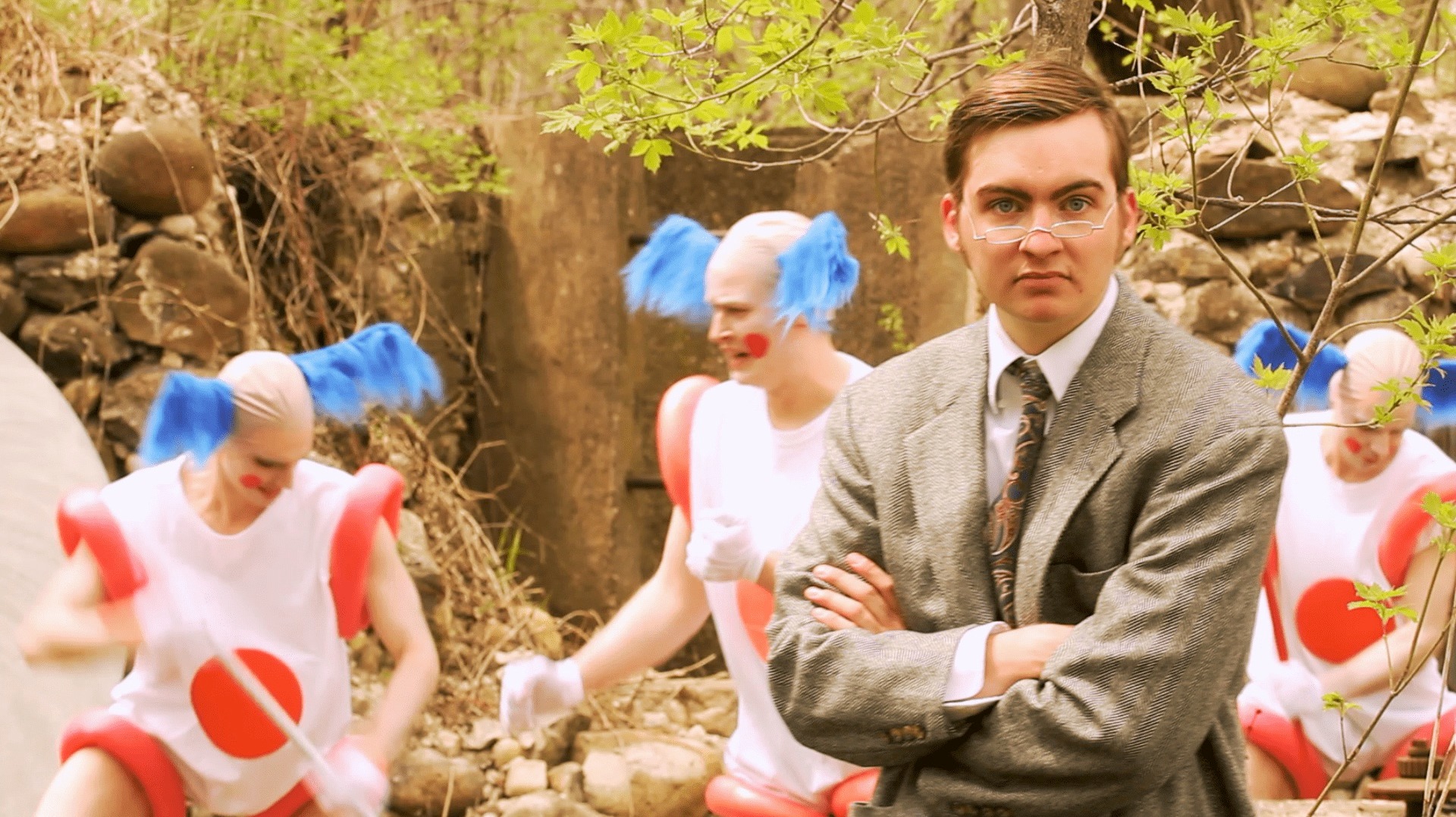 Scientist Roger spent eight arduous years living in a Mr. Mime monastery, where he spent all of his time studying a colony¹ of this rare psychic Pokémon, observing their natural behavior. According to Scientist Roger, "one of the first questions most people have about Mr. Mime is how to tell a male from a female." Scientist Roger explains the dos and don'ts of Mr. Mime anatomy checks. DON'T: Immediately reach under the skirt² without first calming the Pokémon. DO: Touch all five fingers on one hand to Mr. Mime's circle before investigating its undercarriage³. The exchange of body heat in this specific way has a tranquilizing effect on Mr. Mimes, and is taken by Mr. Mime as an invitation to open and relax its legs. Did you know Mr. Mime uses its psychic abilities to create invisible defense walls? Like walking into a Spinarak's web across a path, these walls sometimes tangle up unsuspecting humans as well! Broken noses are not uncommon.

Curious how Scientist Roger fared in his eight year study? Consider this 6 minute documentary your crash course in Mr.-Mimeology!

¹ A group ranging in size from 3 to 100 Mr. Mimes is known as a colony, while more than 100 is called a society. A civilization (more than 1,000 Mr. Mimes) has never been documented in modern times, though fossil evidence indicates civilizations may have existed during the Pokéolithic.

² The pink, connective regions of a Mr. Mime's rubbery flesh-suit, near the groin openings, are known as its skirt(s) in both males and females, though in some regions the male skirt is called a kilt.

³ The genital compartment of Mr. Mime is known as its undercarriage.

Links to My Social Media and Blog Pages:
https://linktr.ee/jozefkrichards

Movies:
Watch My Films and Series Here (for Free)

Thank you to everyone supporting me by following my pages and sharing, liking, and tipping my content.