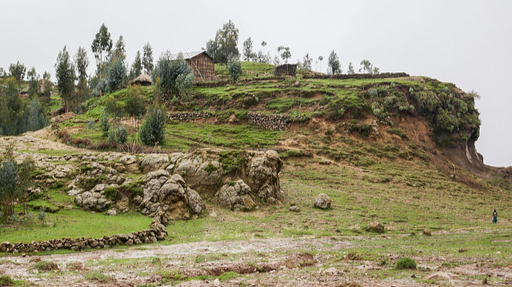 After the short hike to Ashetan Maryam (Saint Mary) Monastery, we continued on towards Hudad Plateau, a 3200m high mountaintop at the edge of the Simien Mountains. The day was still very overcast and at times a thick fog would roll in. The hike itself was 2-3 hours in either direction. Since we were in the middle of the rainy season, the terrain was very wet. My local guides knew exactly which mud or rocks offered the best traction, and they darted around with ease in their trainers. I on the other hand, had to carefully watch their steps, otherwise I had to test each step carefully in my hiking boots. I one point I slipped and sliced open my hand, but luckily being a boy scout, I had my first aid kit on hand! 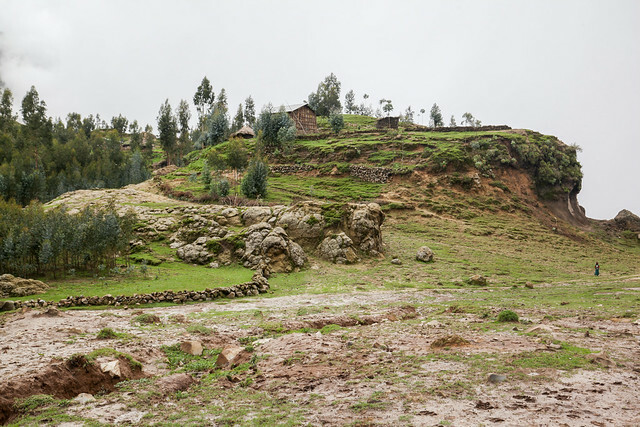 1: This little hamlet atop a small plateau looks like something out of a Tolkien novel. You might be able to see the shepherd girl on the right hand side. She was extremely happy to see us and was waving furiously in our direction. 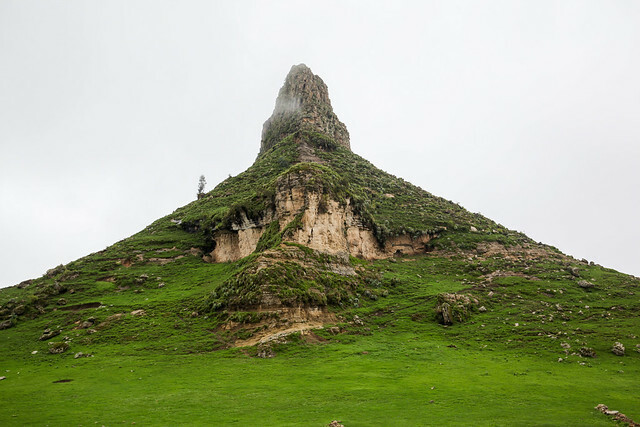 2: It almost looks like this stone spire stabbed its way through this hill. In reality, this is probably the result of erosion. I waited for about 15 minutes in this spot, hoping for a mist free shot. It never came. 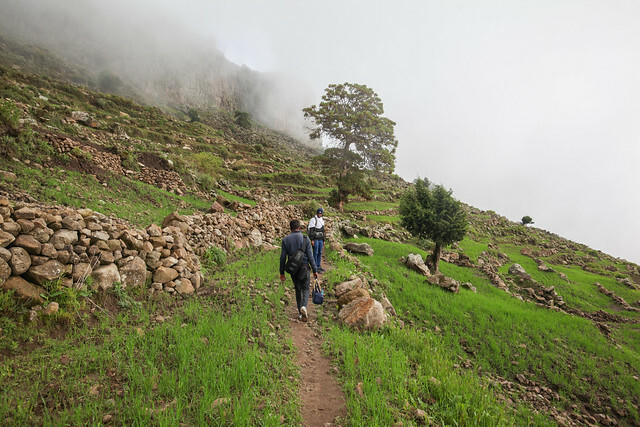 3: My guides take the lead as we trek through the misty highlands. At some point the visibility got so bad, I could not see them just a few yards ahead of me. 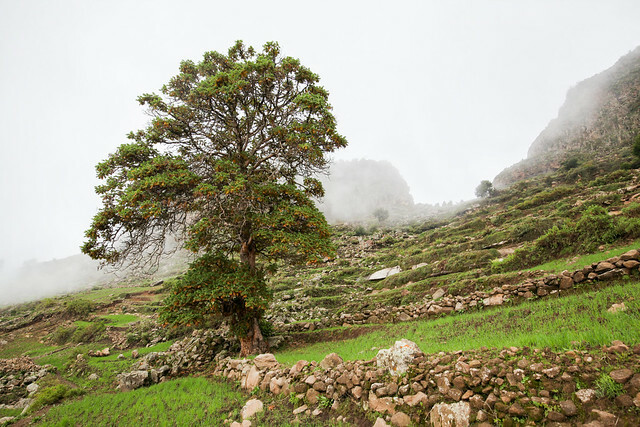 4. Early on in the hike, much of the terrain was terraced hillsides. The highlanders are very efficient in using all available land for subsistence farming. For me, the web of rock walls and terraces was reminiscent of those in the Aran islands in Ireland. 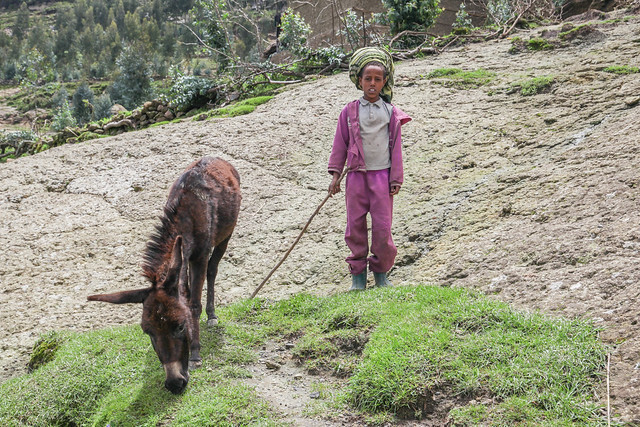 5: A young boy tends to his donkey. The area is dotted with traditional houses, and the locals frequently take the long hike to Lalibela town to sell their harvest or trade for supplies. 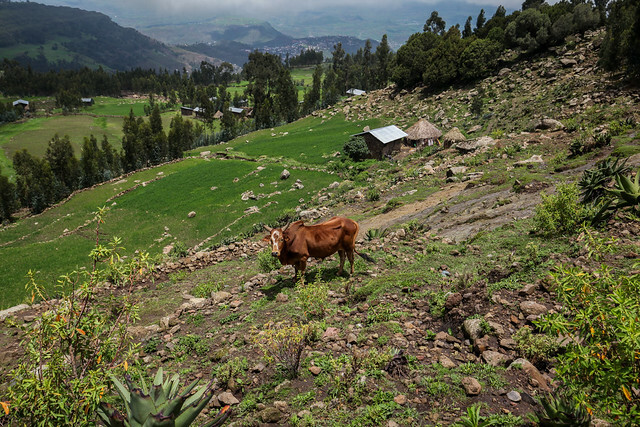 6: A cow looks on inquisitively as we pass. Several homes and farmsteads dot the hilly landscape in the distance. This was one of the rare instances where the visibility was good. 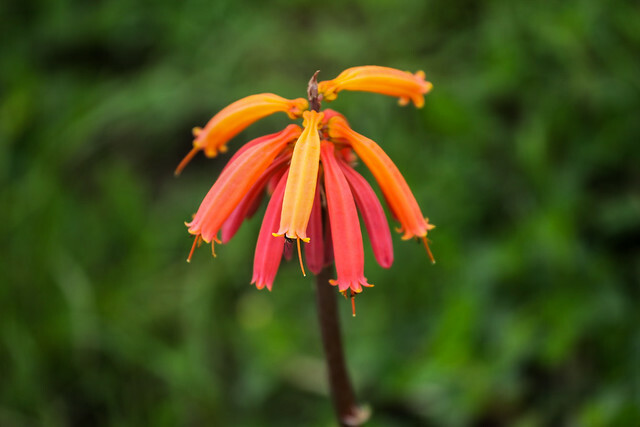 7: This wildflower looks like a type of honeysuckle. It's one of several colorful flowers we discovered along the way. 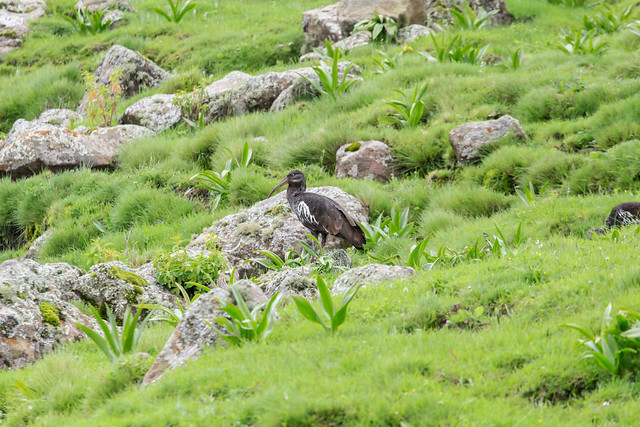 8: The Wattled Ibis is endemic to the Ethiopian highlands. They were very skittish, and this was about as close as I could get with my 280mm lens. It's just another one of those times I wish I had a 400mm or longer lens. 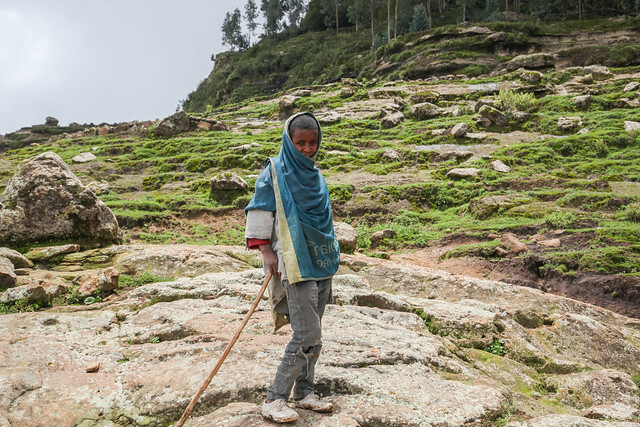 9: The highlanders we passed were all very friendly, and would smile at my uncomfortableness with the terrain, and my attempts to greet them in Amharic. 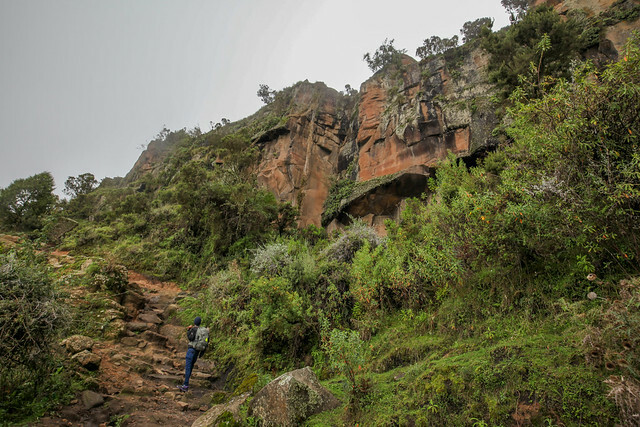 10: The final ascent to the Hudad plateau. It got progressively steeper, and the last bit consisted of actually climbing up a cascade of slippery rocks. In part 2 we will visit the top of the plateau, and see the wondrous things it has to offer.