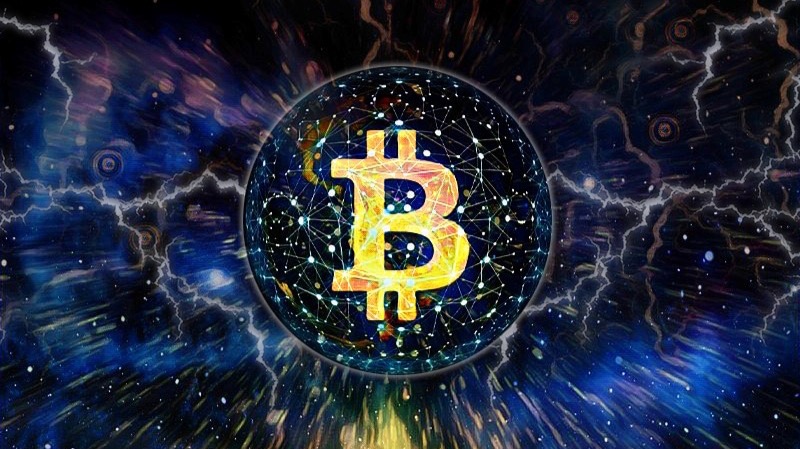 Why Bitcoin is About to Take-Over

The main presentation day at the Bitcoin 2022 conference has now come to a close and there was quite a lot of information to take in.  This year the atmosphere has been much different than last year, have you been able to feel it? While last year's conference, was in the midst of bitcoin's quick rise up to a then all-time high of $64k, and then dropped quickly after Elon and China began spewing out FUD. But it was a conference that was a re-union in a certain way, being the first conference to be held after covid broke out, and it was also the first time that many people had attended a large gathering for ages.  There was hopium in the air, of where the bull-run may take the price of bitcoin.  And there was also perhaps a sense of arrogance or defiance, that many bitcoiners felt was needed to defend bitcoin against the FUD attacks that had begun to be thrown our way. It was all capped off with the announcement that El Salvador would be making bitcoin legal tender in their country.  It was a time of euphoria and also of moon dreams. 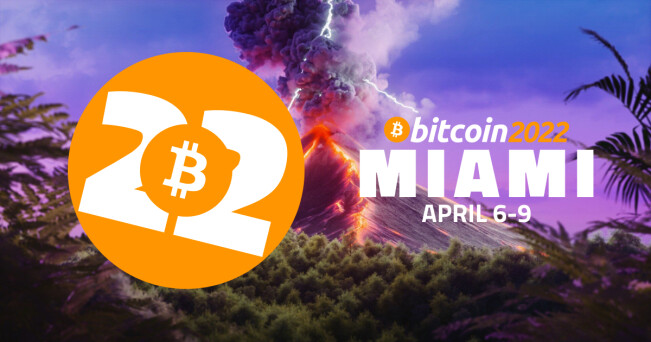 But now let's fast-forward to this years conference, Bitcoin 2022. As amazing as it might seem, with bitcoin currency sitting at around $43,500, this time around the general mood wasn't focused purely on how rich we will get, or why prices were dropping.  This time around the mood was building.  And it was all centered on Lightning.  Almost every keynote and discussion had something dealing with lightning.  Robinhood announced that they would be integrating lightning on their app, CashApp announced that lightning would be integrated for both deposits and withdrawals, BitPay announced lightning support, and the list goes on.  Further development on the lightning protocol made possible by the recent bitcoin taproot upgrade will be making stable coins on lightning in the future a reality.  Not only that, but NFT's and tokenizing anything will be a possibility as well, all on the most secure blockchain.

And then to cap off the day full of keynote presentation after presentation, was Jack Maller's announcement.  There was a lot of hype and predictions about what he may announce.  There had been rumors that he would be announcing something with Apple.  Perhaps that Apple had decided to put bitcoin on their balance sheet, or that they had decided to integrate bitcoin or lightning into Apple Pay. Neither of those predictions happened, and that left some people disappointed.  After all, most people like the huge announcements that bring instant headlines and hype.  Announcements that would have made the price of bitcoin shoot up by at least 10%, just like it did when Tesla announced that they had put bitcoin on their balance sheet.

But now let me tell you that what Mallers announced this year may not have the same flashy headline as last year, that El Salvador was making bitcoin legal tender, but it was actually more important.  To sum it up quickly, you will now be able to pay with bitcoin lighting at many of the largest retailers and shops in the USA.  We are seeing real adoption, and real use-cases for bitcoin.  Take a look at some of the retailers for yourself in the picture below.

If you were around during the block size wars of 2017, that eventually would lead to a bitcoin fork which created bitcoin cash.  The argument was that bitcoin which was called a peer-to-peer cash system in bitcoin's original white paper by Satoshi Nakamoto, had wondered from that path and had become a store-of-value asset only.  When it was originally supposed to be a great cash system that also rewarded you for saving it as well.  It was argued that if you couldn't use bitcoin to buy a coffee or any other everyday type of transaction, then it would never see real adoption and be come the world reserve currency.

That FUD argument has now become obsolete.  He demonstrated buying several different food items one-by-one at a Publix supermarket.  He paid with lighting and the vendor received dollars for their transaction.  All with nearly no fees for the transaction. Now, if you read that last sentence carefully you may have a few questions.  Why would we want a system where we are paying with bitcoin lighting, and the vendor is receiving dollars via the lighting network? Wouldn't we want an all bitcoin system, where we are paying with bitcoin or lighting, and the vendor is forced to receive the same?

Actually no, that is against the whole belief and thesis of bitcoin.  The belief behind bitcoin is that we are able to opt out of the fiat monetary system if we choose to, that we have a better option.  The key thing are the words, if we choose to.  Bitcoin is all about freedom, and is a system where no one needs to be forced to choose it or use it.  But, the adoption will grow via osmosis and word-of-mouth.  Bitcoin adoption is continuing to increase and people are beginning to wake up to its true value.  People will begin to choose bitcoin of their own free will, and then eventually demand it.  What's great about this is that it also gives more options to bitcoiners who want to opt out of the fiat system themselves.  There are many who would love to live a bitcoin only life, but currently cannot because dollars are required for most things.  Constantly needing to sell out of bitcoin for dollars can be a chore that few want to do.  The above adoption, while admittedly still isn't enough to live a full bitcoin-only lifestyle.  But, it is a huge jump forward.  If you live a bitcoin lifestyle and keep all of your savings in BTC, this allows your wealth to theoretically be protected by inflation, and also see great gains as bitcoin's price continues to increase.  It also leads people to become more frugal with their money as well.  Spending bitcoin on wasteful things that you don't need feels more painful than buying the same thing with cash. 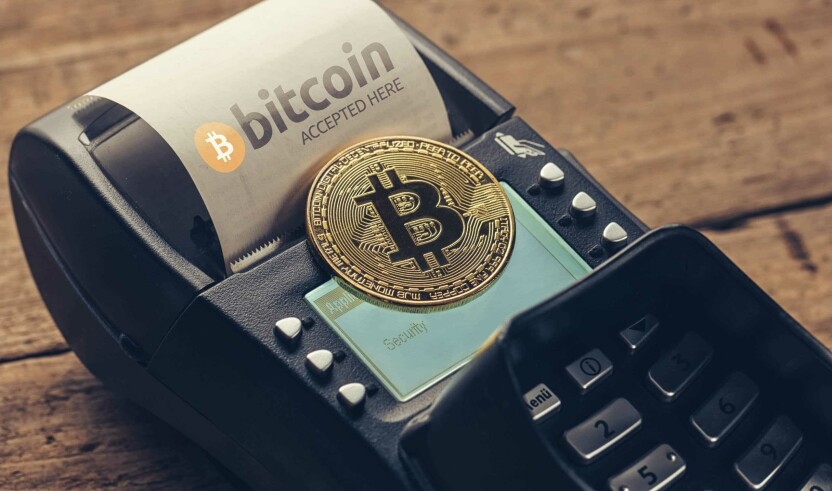 Now the key takeaway from this is that Jack Mallers didn't go to each individual merchant and make a deal with them.  Instead he went to the point of sale vendors.  The companies that make the payment machines that you swipe your credit cards through.  Because the merchants are still paid in dollars, there is literally no change for them.  But, this will also change in the future.  When a person makes a purchase with a credit or debit card, there is usually a fee charged of around 3%.  That is a lot of money that these merchants are missing out on.  As bitcoin adoption continues to increase, the merchants will wake up to the fact that if they choose to accept bitcoin themselves, that they could be saving an extra 3% on each sale.

As I said before, many of the announcements made during this bitcoin conference haven't been the type that will make huge shockwaves on your regular news outlet.  But it is clear that lighting development is increasing at unprecedented pace.  That adoption is happening, and that bitcoin is becoming a legitimate currency.  If you are looking carefully, you will see that the foundation is clearly being built now.  This is the foundation that will help propel bitcoin into being the world reserve current, and also be the catalyst during the next large upwards price movements.  Years from now, we will look back at this moment, and we will say this this is the moment that bitcoin truly became ready for worldwide use.

How about you? What did you think of the announcements at bitcoin 2022?