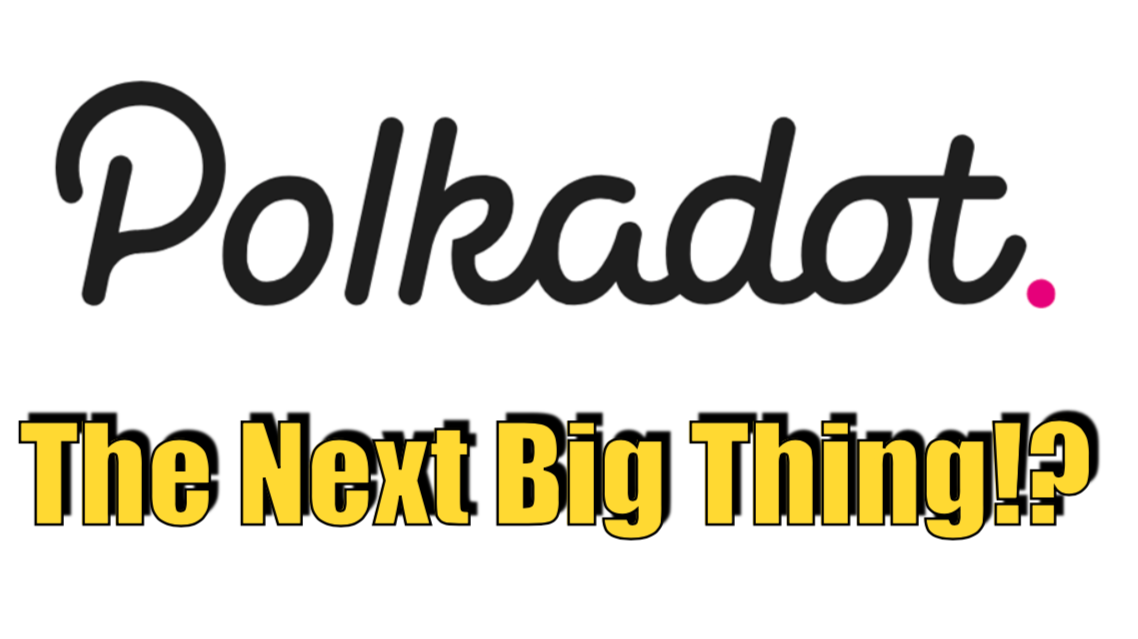 Polkadot - The Next Big Thing!?

First and foremost I do want to say that I am a huge fan of Ethereum and everything that it hopes to do and also believe in the project quite a bit.  But there is no denying that Eth 2.0's development has been lagging behind, and also the rising gas fees, among other things  has created an opportunity for other possible rivals to step up and compete with Ethereum.  Not

One of those such rivals is Polkadot, a project that I'm a huge fan of, and as of August 18th, has just launched on many exchanges.  But what is Polkadot? What's so great about it? And should you care?

Let's dig into this more.

So what is Polkadot?

In 2016 Ethereum co-founder decided to leave the Ethereum foundation, and after doing so he wrote a white paper for a new blockchain. This new blockchain would use a form of sharding and cross-chain communication to be able to achieve the kind of scalability and interoperability that Ethereum 1.0 could never achieve. He named the new blockchain Polkadot, and launched the first iteration of it in May and has now been launched onto many exchanges now as well.

Any type of data across any type of blockchain
Polkadot is a network protocol that allows arbitrary data—not just tokens—to be transferred across blockchains.

This means Polkadot is a true multi-chain application environment where things like cross-chain registries and cross-chain computation are possible.

This makes it possible to build applications that get permissioned data from a private blockchain and use it on a public blockchain. For instance, a school's private, permissioned academic records chain could send a proof to a degree-verification smart contract on a public chain.

What's So Great About It?

Polkadot has many great things going for it, especially the new technology that it is bringing to the crypto world.  For me, it is the most exciting and possibly most important new development to be launched since possibly Ethereum.  I think most people would agree that Ethereum is good for the most part and as the blockchain updates, the potential for ETH is limitless.  But the problem with that is ETH 2.0's roadmap to be fully finished is a least 2 years from now.  Then Eth 3.0 could take much longer.  These were both updates that were supposed to take only about a year each.  This is where Polkadot steps in.  Polkadot is already able to do everything that Ethereum can currently do, can also do what ETH updates will add, and even beyond that. (smart contracts, DeFi, dApps, and much more)

Polkadot is already able to do things that the long delayed Eth 2.0 update promises to do sometime in the future.  Some of those things are staking, (you can already stake at Kraken for a 12% annual interest) sharding, high scalability, on-chain governance.  But the key thing for me that really gives Polkadot high potential is that has interoperability with other chains.  While currently Ethereum can only work with Ethereum, Polkadot has no such limitation.  In theory, you could use Polkadot to interact with Ethereum, Bitcoin, Cardano or almost anything.  This gives the project great potential.

Not only that but the team behind Polkadot is truly top notch.  The main person behind Polkadot is Gavin Wood who was one of the co-founders of Ethereum and is one of the most respected figures in the industry. Wood wrote Ethereum's coding language, Solidity, released the Yellow Paper defining the Ethereum Virtual Machine, and also the runtime system for Smart contracts in Ethereum.

Things to be Cautious About

There is a lot of things to be excited for with this project, but also at the same time, there are some things to be cautious about as well.  Unlike most coins that are newly launched, Polkadot is already massive.  Originally there was a coin cap limit of 10,000,000.  But there was a recent on-chain vote that re-denominated the total supply to 1,000,000,000.  Before this change happened one Polkadot (DOT) coin was selling for around $300.  So if you were the owner of 1 DOT after this supply change you would be given 100 (new) DOT coins for 1 of the original coins.  This would also change the price to around $3.00. 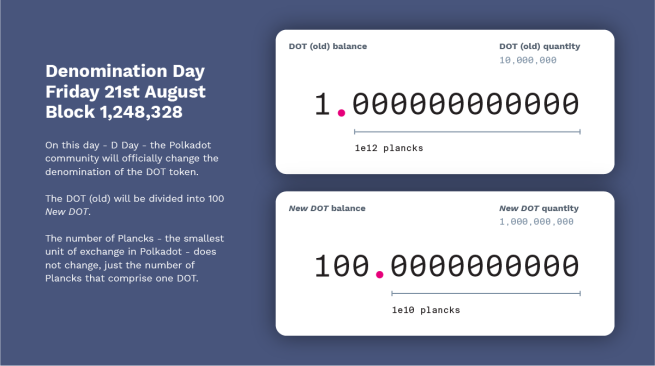 While for me this isn't that big of a deal.  The timing of it is really a head-scratcher for me as it has been causing a lot of confusion over the internet.  Questioning if some exchanges were trying to rip of their customers, questioning if they were in-fact selling genuine DOT coins.  But in reality some exchanges were using the original price model, (because the coin change takes place on August 21st), and some exchanges had already converted the price to the new model on their exchange.  Also another point was that when DOT released on some exchanges, it wasn't able to be transferred anywhere yet.  (this is since been fixed)  So all-in all I feel these are things that should have been ironed out long before the "big launch" day and could have saved everyone some headaches.

I did just mention about that Polkadot is already massive in size, meaning that the chance for instant gains might not be quite as high as with other newly launched coins.  While the market cap currently is unknown, with the coin's price hovering at around $3.00, and a future supply cap of 1,000,000,000,  and currently not knowing the circulating supply, this could put the current market cap already around $2-3 billion dollars.  Which would place it in the top 15 coins in terms of market cap and possibly even top 10.

Within this article I compared Polkadot often to Ethereum.  But the creator of DOT often has said he doesn't seem them as competitors, and sees them working together in fact.

While currently I still view Ethereum as king in these types of blockchains,  I do see tremendous potential with Polkadot. This could be the big push that Ethereum needs to get their own ball rolling to push out ETH 2.0.  After-all, having competition is a great thing. And if Ethereum would continue to lag on, I think having a nice bag of Polkadot is a great insurance policy.

So what do you think of Polkadot?  What do you like about it, and not like?  Do you think it has a lot of potential?