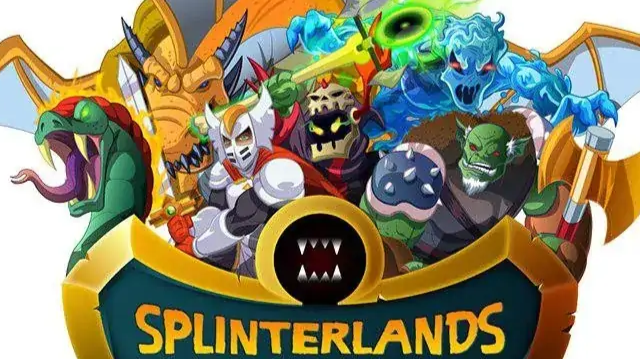 In the most recent splinterstats post, certain battle statistics will be turned off since they require some work by the developers. Also I want to note that this the previously closed season statistics. Usually it includes your win rates and what cards you used the most along with what type of rewards/SPS you earned over the season. However I highly suggest people use this tool because you can always go back to compare your earnings from season to season.

As I stated in my previous reports, fights are now a lot harder with the new rental market. People can rent cards and improve their win rate but I have not been renting cards. I am happy with my win rate since it is above 1. 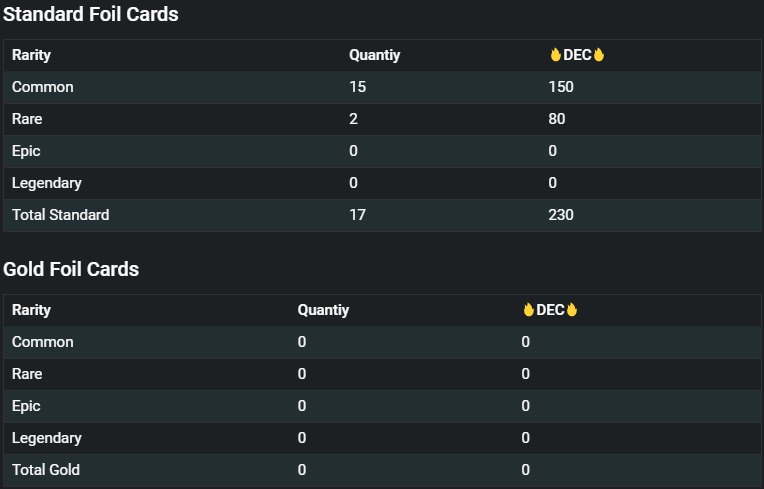 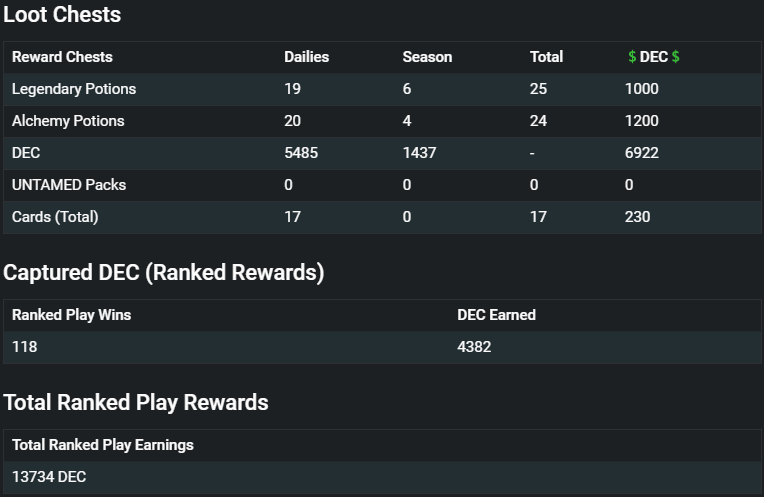 My rewards card isn't that good this time as I only got 17 cards with most of them are common cards. The only good thing about my chest rewards is the amount of DEC I got from chests. In total from rewards chest and season rewards, I earned 6.9k DEC.

It also looks like the ranked reward is a lot higher than usual since 118 wins net me 4,382 DEC. So on average, I would say it was about 40 DEC per win. My current DEC per win is more or less around 20 so I expect a decrease in DEC on the current season.

I haven't had time to update my rentals so its on the low end right now. I should just rent out any duplicate cards I have to increase my revenue. Either way any rented cards out is basically passive income for me so I should make some time over the weekend to make the changes.

The amount of SPS I got has decreased but it was to be expected with so many people staking SPS and I haven't been taking more advantage of my Dark Energy Capture rate either. SPS was relatively stable before the crypto flash crash but I still think it's holding up quite well.

It's a bit disappointing that I couldn't expand on my card usage and battle statistics but I can still check out on my rewards for the season. At current prices, its about $90 for a season.