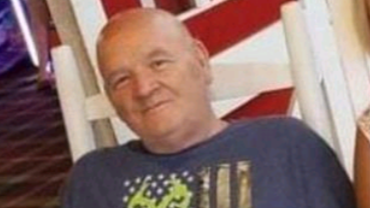 The man who taught me how to be a man

Today makes 1 week since we laid my Dad to rest. I'm just wanting to share a story about him that I've only ever told a couple of people since it happened.
When I was 19 I worked for Captain D's at the Southside Mall (South Williamson, KY) as a night manager. One Saturday night Dad called to see if there was any leftover food. I told him there was and then he asked me if I had any money on me. I told him that I had just gotten paid the day before so of course I did. Well next he told me that he wanted me to go to a room at the Mountaineer Hotel in Williamson, WV. He said that there's a guy there that he wanted me to give the food to. He said that he also wanted me to take the guy to the carry out and let him get whatever he wanted no matter how much it was just as long as it wasn't alcohol. I said ok. Then he said to take the guy back to the hotel and give him $20 when I dropped him off. Finally he said that he would pay me back whatever I spent and he didn't want me to ever say anything to anyone about this. I did what he asked but I didn't understand why he didn't want anyone to know (until years later).
After I got home I found out that the guy was hitchhiking through the state (I forget where exactly he was going) and he was trying to sleep in 1 of the abandoned houses across the road from the church at Nolan, WV. The cops picked him up and took him to the hotel for 1 night so he could get cleaned up and get some sleep. Somehow Dad got the room number at the hotel and he wanted to make sure the guy wasn't hungry or going without.
This is just 1 of the many lessons Dad taught me over the years of how a man should act. Now I wonder how many times did he do things like this that nobody ever knew about except for him and whoever he was helping. 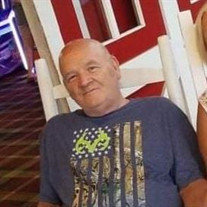 In loving memory of Monroe Davis written by the Davis Family with much sadness......
Monroe Davis 74, of Bean Station, TN passed away October 13, 2021, at Jefferson Co. TN. He was surrounded by his children and wife. Born July 28, 1947, at Puritan Mines, West Virginia. He was the son of the late Rev. Ray (Mary) Davis.
In addition to his parents, he is proceeded in death by one son, Randy Lee Davis of Williamson, WV, one grandson, Randy Lee Davis Jr., one granddaughter Brooklyn Jade Davis, and one brother Larry (Bear) Davis of Lenore, WV.
Dad “Pops” loved being outdoors and enjoyed taking mom to play putt- putt golf. Where you seen one you always seen the other married 54 ½ years. Mom was the love of his life. He always liked saying “Come on Girt”! Dad and mom always enjoyed camping, fishing, and traveling with his family. Dad/Pops always loved family gatherings, where we always laughed and eat till bedtime....
He loved spring time when he could get on his lawn mower and cut his grass (His way)! Every Wednesday and Sunday you could find dad eating Captain D’s and Friday night all you can eat catfish at the Boathouse. Dad/Pops loved to eat.
Our family wishes to express our deepest appreciation to everyone that has shown such compassion to us during this difficult time.
Monroe is survived by his wife Drema Dawn (Hall) Davis and his children: son-Pastor Phillip (Sandy) Davis of Rutledge, TN, son-Brian (Nicole) Davis of Ashville, Ohio, daughter- Kayla (Brian) Lucas of Lenore, WV, son- Noah (Beth) Davis of Rawl, WV, and bonus daughter- Sissie Marie, along with a special part of our family Connie Smith.
Grandchildren: Kara Owens, Leah Davis, Mandy Collins, Christopher Campbell, Sandra Davis, Serena Shooter, Holly Davis, Blake Harmon (Davis), Emily May Davis, Braiden Isaac Lucas, Addison (Addi) Davis, and 13 great grandchildren.
He is also survived by 3 brothers Paul Ray (Barb) Davis of Lenore, WV, Gary Mike Davis of Logan, WV, Ronnie (Betty) Davis of Lenore, WV, (Bonus brother)-Rick (Sadie) Marcum of Hardy, KY, 1- sister Diane Rumora of Lenore, WV and a host of nieces and nephews, and friends...
Pops will be greatly missed by all who knew him. He was a very well-respected man who loved the Lord and was strict in his belief. He was a founding member of The Nolan Church of God Acts 20:28.
Visitation is Saturday October 16, 2021 at 6:00 p.m. family, services for all at 7:00 with Pastor Roger Ooten of Duncun Fork House of Prayer. Funeral Services: Sunday at 12:00 (noon) with Pastor Eugene Preece of The Nolan Church of God Acts 20:28. Burial will follow to Lenore Memorial Gardens of Lenore, WV. Pallbearers will be family and friends under direction of Chafin Funeral Home Delbarton, WV.