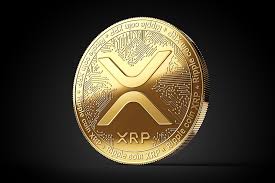 A Stable Ripple wouldn't be a Ripple, would it?

Three hours ago I was talking on Skype with a few Crypto Business Colleagues about Ripple.

Before I go much further, up until I had this conversation, I was a huge fan of XRP and I'm still a huge fan, but now I'm wondering about the future of XRP and have hopes and questions.

I'm still holding onto the coin in good quantities, but now that I spoke to these friends of mine who are very well educated in the Crypto Hemisphere, I'm starting to rethink my investment and here's why.

Any coin that becomes commercialized in the terms of an actual use case, as with Ripple and it's deal with MoneyGram, becomes somewhat of a utility token. This would make you think it would become highly valuable, but the mechanics behind it, might actually decrease the value.

A utility token normally becomes stabilized. Meaning, it would hold a single value, like a stable coin. This would be a transition for XRP and although it hasn't changed much since the implementation of its use with MoneyGram, that doesn't mean it won't.

This is all very speculative, but the suggestion makes plenty of sense.

MoneyGram would not want to use a coin that would fluctuate too drastically, especially if you're sending $100.00 to someone and they get $99.90 instead. There inlies the speculation that XRP could very well become a stable coin.

Now I'm not saying to go run out and sell all of your XRP. That would be a bad move because the chance that Ripple becomes a 1.00 stable coin might actually be a good thing.

Then again, there is also the possibility that it could become a stable dime coin or a .25 coin. Something that hasn't been done before, granted, but never the less we are talking about a tokenized currency that would possibly be needed to be stabilized.

Nobody has mentioned this from any side of this equation, but then again that would be unwise for XRP to tell its coin holders that they plan to stabilize Ripple, especially if it became a dime or quarter piece stable coin.

The idea though is perplexing.

Would Ripple do this and how would they implement it?

Would they create a new coin chained to XRP or develop their own XRP Stable Coin and put the old XRP on a shelf? Or would they just keep what they have and keep it at a stable price?

The true mechanics behind XRP being used by MoneyGram is pretty unknown, but there is also the possibility that there could be just a guaranteed set when sending XRP as a currency. That any flunctuations would be covered by XRP during transferring and perhaps time between a customer getting their money and actually cashing out.

Then again, it's possible my friends are over-thinking this whole XRP issue and are wrong 100%. Then again, there is the chance that they're right and we could see Ripple transform. Up or down then would be the question.