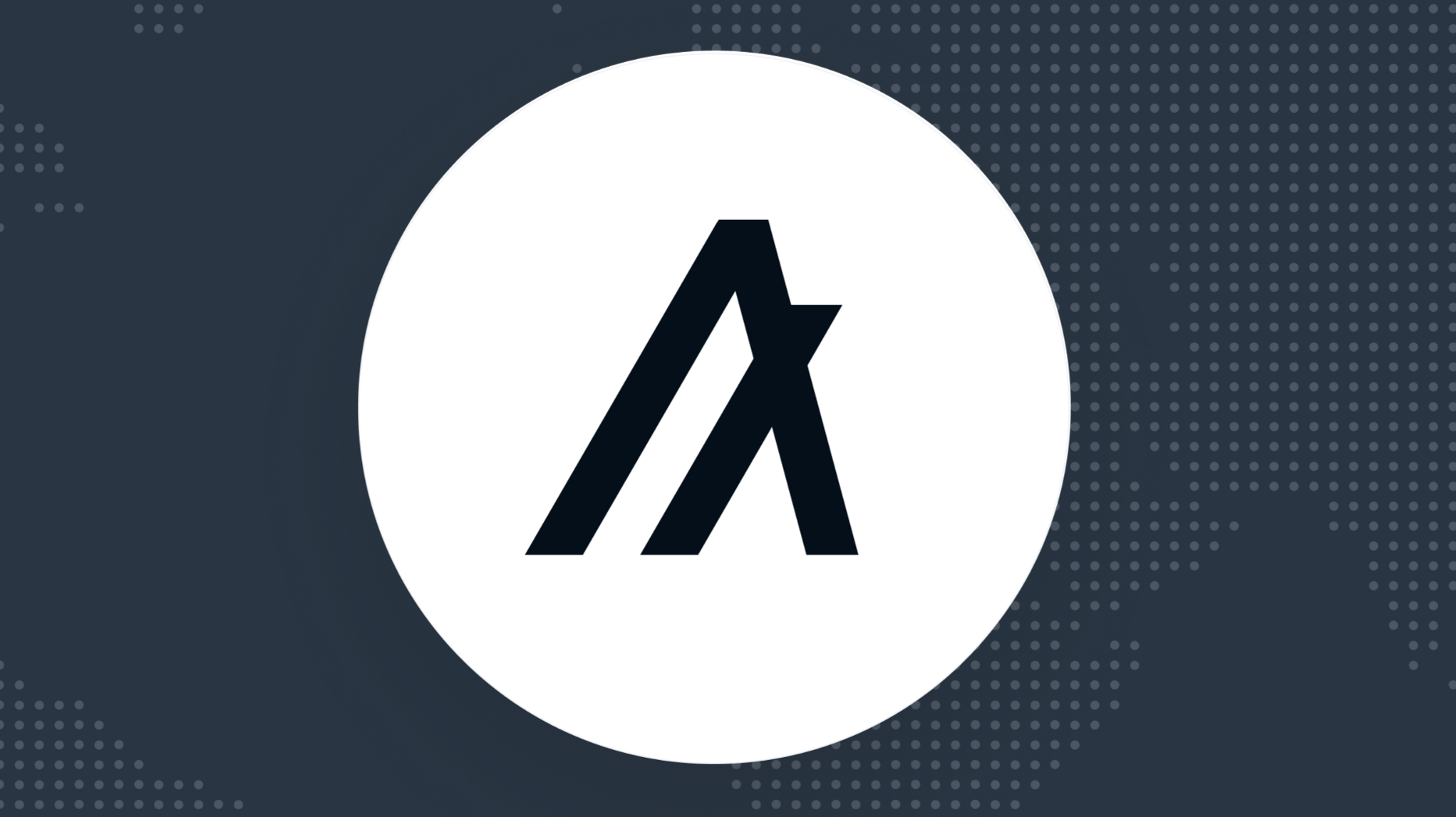 A few weeks back, Algorand coins appeared to be delivering on the closely-held belief that its value will appreciate significantly in 2021. And then, the market pulled back and ALGO continued to consolidate. Let's take a look at the current 1H and see where we are: 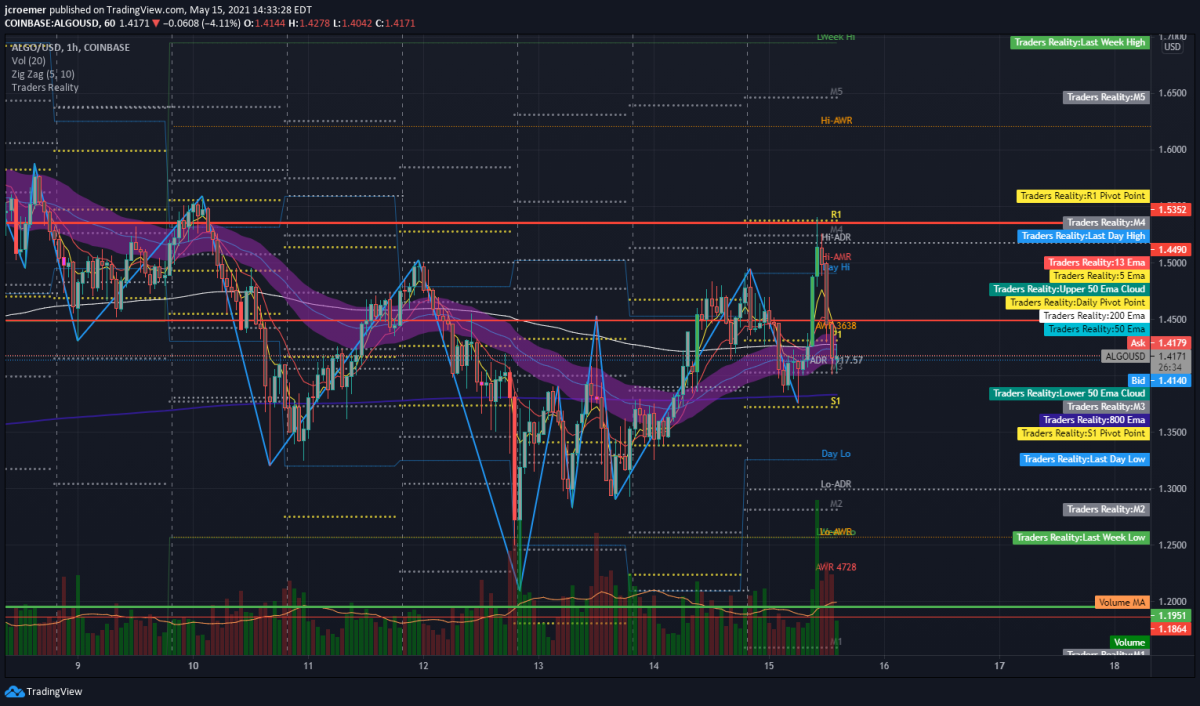 And we are trading right on the 50EMA cloud after a quick market maker move to build longs and take out stop losses to leave price exactly where it was and the moonboys crying on the sidelines. But sure enough, there is plenty of expectation that this will break out any time because of the larger trends. So let's zoom out to the 1D. 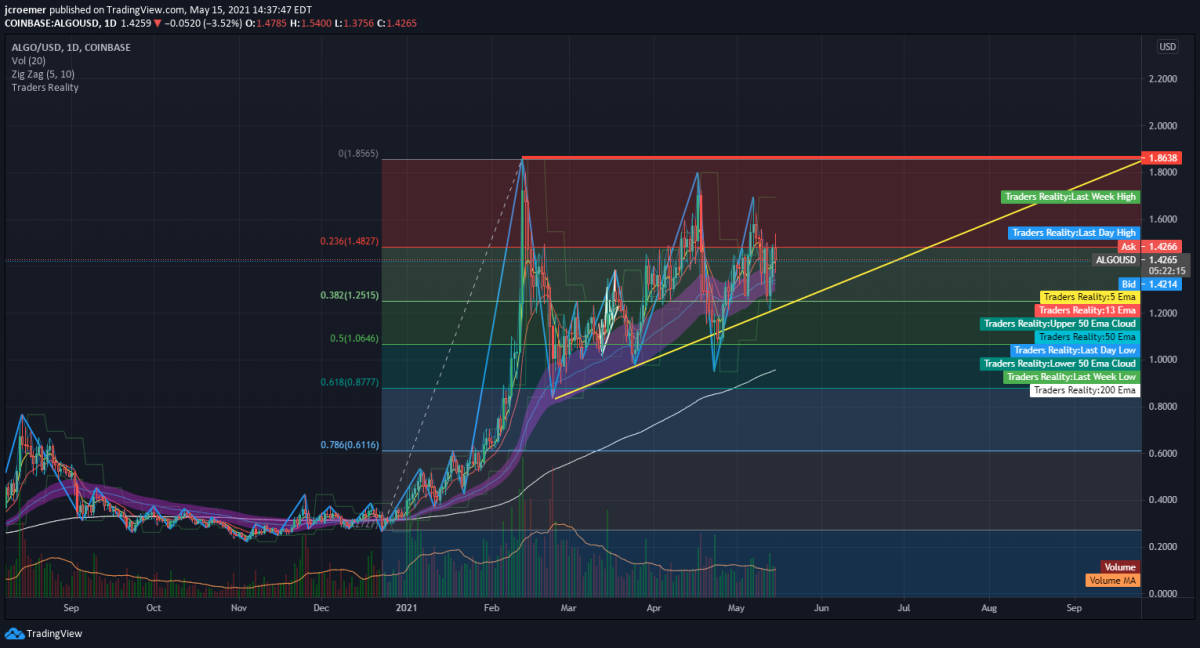 Over the past week, we've heard a lot about Bitcoin and its energy consumption. Over the last few weeks, Alogrand has made a point to position itself as one of the greenest, if not the greenest blockchain on the market, through it's partnership with ClimateTrade. Sustainability has always been at the core of the Algorand vision. The energy required to run a node on the Algorand network in minimal and can be accomplished with a Raspberry Pi. As the talk about Bitcoin burning up the planet heats up during the American summer, Algorand's commitments to sustainability have the potential to make a good counterpoint to that argument.