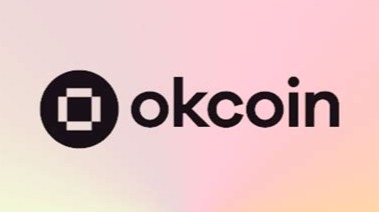 Promotions and Arbitraging on OkCoin

So let me preface again that the following is not financial advice and is for entertainment and educational purposes only. I am not a financial advisor so please do your own research and find out what investments might be best for you.

What is and why OkCoin?

So if you recount my first article on OkCoin that I did a few months back, I first got attracted to OkCoin because they had some pretty nice AVAX earning rates for greater than 14%, which was better than anywhere else I could find at the time. A week or two after that posting, the rates significantly dropped and have stayed roughly around 7 to 8%. The time when these dropped is about the same time I heard about Midas, which has been consistently offering 17% APY (If you can find better, please drop me a comment!)

Regardless of their reduced AVAX earn rates, there's a few reasons why I still have a few holdings in OkCoin, and I will probably continue to do so for the foreseeable future. The reasons being:

Despite the drop in AVAX earn rates specifically, they've been adding others that aren't that bad. One of the most notable recent additions is UST, which at time of writing matches the Anchor Vault at 19.65%. What this tells me is that they really aren't taking that much a cut (maybe just with aUST) in the earning APY that you would make if you staked yourself. And because of this addition of UST, OkCoin has now been my favorite place to off-ramp my UST to fiat, which you can do in their Spot Trading function which I'll get into a bit later.

Another one that I like is ATOM, which at time of writing has an earn rate of 12.79% APY. Now I know this isn't as good as the roughly 16% you could get staking your own ATOM through your Kepplr wallet, but with both this and UST, I would argue that being able to earn rates through OkCoin without the hassle of setting up your own wallet is going to help onboard a lot more people. I myself have friends that give me blank stares when I try to explain to them how to set up a Terra Station wallet, let alone a Kepplr.

If you've ever wondered how exchanges such as Coinbase and Compound get their prices for tokens, they obtain live feeds of price data from price oracles, which allow prices to simultaneously match its market value. On OkCoins' "Prices" page you will be able to buy whichever token at its market value (from what I'm assuming is through a price oracle), but on their "Trade" page--it's literally just that, it bases the price on the last traded price. What this means is that if someone is willing to sell you BTC at 2% below market value (or vice versa buy from you BTC at 2% above market value), and you can do so through limit orders. What's more is that all limit orders are made public. In the graphic below, you can see all the different limit buy and sell orders, and then also a running transactions lists of buy/sell orders that have been completed. 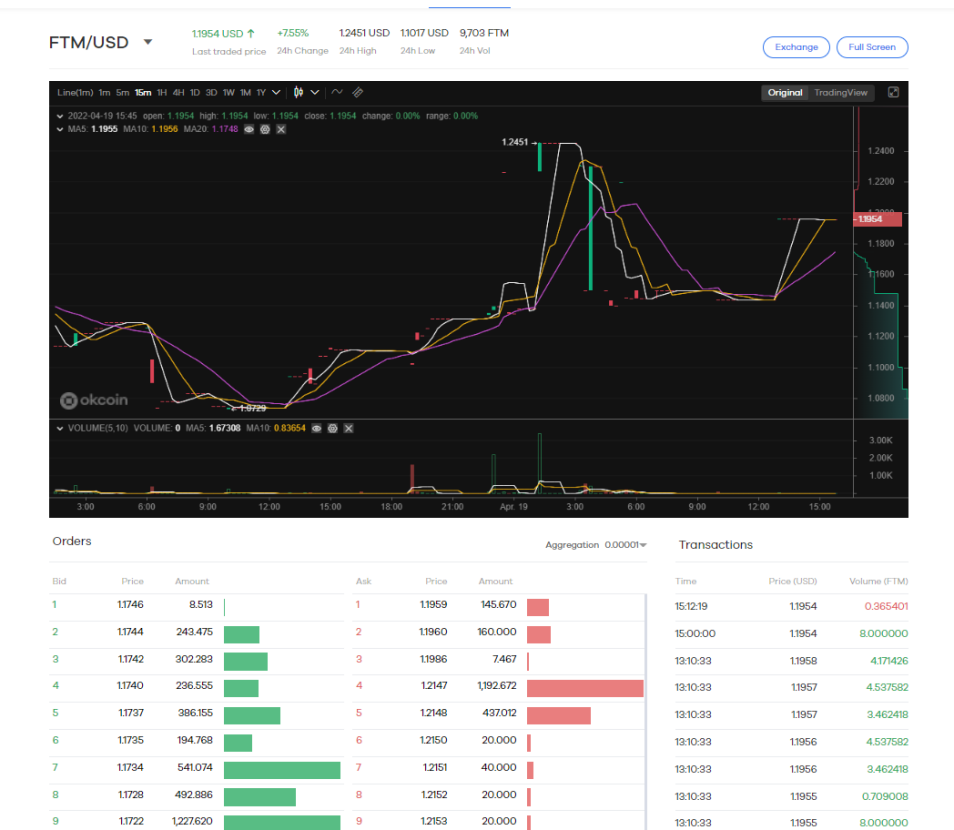 By taking a look at the chart above, you can see the 24-hour period spanning the night of 4/19, FTM hit a high at $1.2451 at around 3AM. This is strange because FTM hasn't hit that in more than 10 days. Take a look at the 7-day chart from Coinmarketcap: 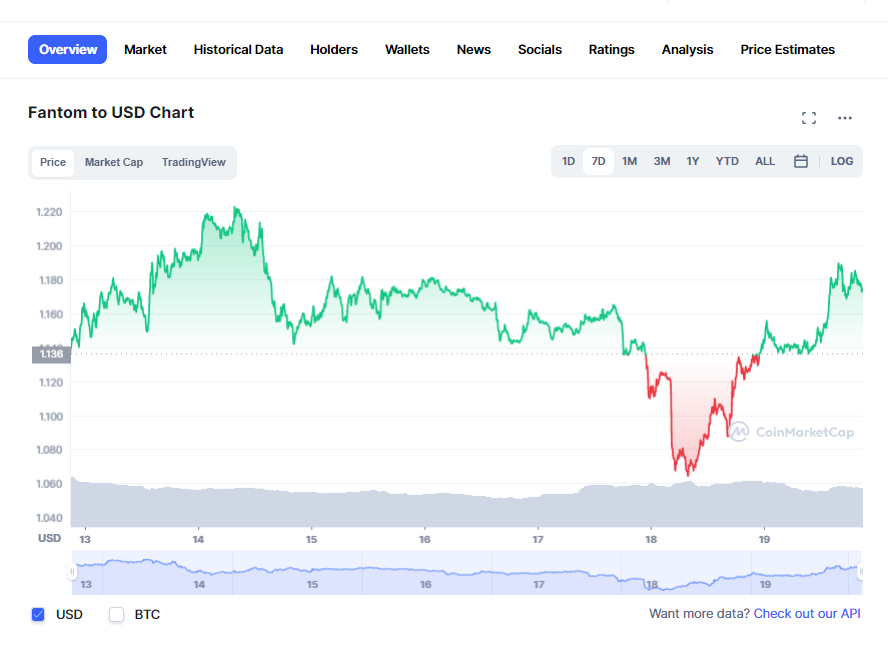 During that same time, the accurate (non-OkCoin price) was around $1.16. And the highest in the past 7-days was around $1.22 and that was on 4/15, which was still lower than OkCoin's 4/19 price of $1.24. The reason for why this happens is once again because OkCoin bases their trading price on the last purchase at which FTM was bought for. This means that around 3AM on 4/19, someone bought FTM at $1.24, thus setting the price for the spot market. My guess is that someone mistakenly put in a market order instead of a limit, or either that accidentally bought instead of sold or vice versa. Regardless, this is definitely not the first time I've seen this on OkCoin, because I've seen this happen quite a few times. You can actually look back at OkCoin's spot trading price history and see for yourself that there is a long history of price discrepancies, sometimes for more than 20 to 30 cents a token!

Now keep in mind that before you ape into this, there are a couple of factors that limit this whole arbitraging strategy. First, you can only buy/sell off other people's limit orders. This means that you are limited to the amount of tokens that other people are wanting to either buy or sell at. Also, as I mentioned in my previous article on OkCoin, OkCoin puts a 10-day hold on deposits waiting for them to clear, and if I'm not mistaken, this goes for crypto deposits as well to. So keep that in mind when making any type of deposit. And lastly, keep in mind that there are maker/taker fees as seen here: 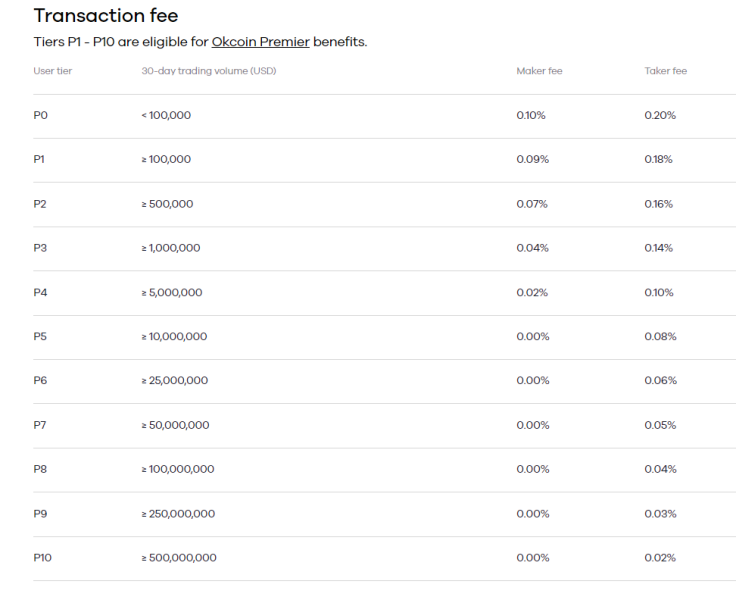 In general the more volume you use the less the fees are. I would say compared to market competitors, these fees aren't that bad, but they are fees nonetheless.

Now one thing I don't understand is why OkCoin sucks at announcing their promotions. And I mean they're really, really bad. I didn't even realize that they had promotions (besides their signup bonus) until I found out randomly about their Buy $50 of POKT get $50 free of POKT promotion that they ran in February from a 3rd party site. I would have posted about this at the time, but I literally found out 2 days before the promotion expired, and since only the first 1,000 customers were said to be rewarded, at the time I didn't bother.

Another issue with their promotions--The signup bonus they have listed in the announcements isn't even up to date. They have listed a $20 dollar signup bonus, but in fact right now it's $50, or technically $100 split between the referrer and the referee:

That being said, I'd recommend opening for the current sign-up bonus alone, for its relatively easy to get if you pass KYC and make a deposit of at least $100 worth of cryptocurrency. Furthermore as I've outlined previously, there are other perks with random promotions and arbitraging to be had as well. If you're not a member of OkCoin and you'd like to be, considering supporting me and this blog by using my referral link: https://www.okcoin.com/join?channelId=600144249 The current signup bonus of $50 dollars is actually an significant increase from what they usually give, which is normally either $10 or $20 dollars.

I'm a pretty big fan of OkCoin, even if I went in the red by almost 90% in investing in MIA, probably one of the more silly and no-research investments I've done. (Never will I invest in a city coin again!) But how about you, any downsides that I haven't mentioned, or any cool things that I didn't spot? Please feel free to let me know in the comments below.