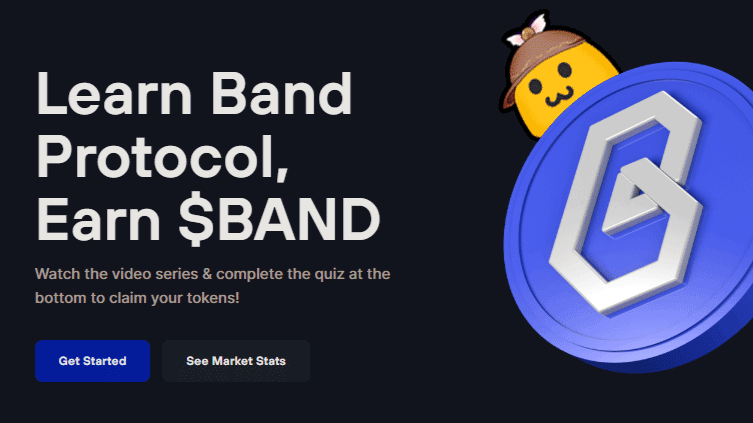 Everyone love free token, including myself (ofc)

CoinMarketCap, that data aggregator platform which most of people stopped using awhile ago because of its inaccuracy, launched a earn campaign. Similar as Coinbase Earn, but without waitlist. (yay)

To earn BAND token, it's quite easy. You need to fill the questionaries form at: https://coinmarketcap.com/earn/quiz/band-protocol

They said that it's recommended for you to watch those explanatory videos before answering the questionaries. I've been watched all of it with my slow internet connection, and also transcript those bot-like voices just in case I forgot (because I easily forgetting any stuff, for real)

Anyway, these are my transcript from those BAND lesson videos:

What is BAND Protocol?

And in the case of stablecoin protocols, the exchanges rates of the corrateral assets are necessary for issuing new stablecoin and for maintaining its peg. That's where oracles come in, oracles connect smart contract to external data sources allowing neb to function and operate reliably in trustless manner. Band protocol is a crosschain decentralized oracle that provide smart contract the tools to connect and aggregate any external data sources or API without any central point of failure.

Band Protocol uses BandChain, a independent blockchain build on the cosmos SDK specifically for oracle computation such as point data for multiple high quality sources, aggregating them to filter them out from outwires and packaging them into a formatted, easy to use, and verified efficient layer across any other blockchain including Ethereum for decentralized application to utilize.

How do BAND Protocol oracles work?

Ethereum-based oracles services are often limited by high block time and transaction fees. This makes difficult for developers to build application that rely on frequently updated data that reliable and cost efficient.

This is why Band Protocol was created.

Band Protocol provides substantial improvement on both cost and response time, enabling DApps that rely on high frequency data to emerge. This is because BandChain is built spesificly for oracle computation with ability to avoid inflated transaction fees, congested network, and keep providing real time data at marginal cost.

They're no longer being restricted by the limited and late data available on reference data sheets and now have the freedom to utilize the flexible oracles design to tap into any data sources of their liking: Power, DeFi, Prediction, Betting, and Gaming apps. the possibilities are endless!

When DApps creates a data request to BandChain, they pay a small fee to the network. BandChain validators and then chosen based from randomized algortihm to respond to the request and pull data from the source specified in the oracle script. The validator report then aggregate into a single result that is permanently stored in BandChain's Blockchain state. Once stored this oracle data can be relied to any other blockchain with the proof science by validators for verify their integrate of oracle data. Each oracle request takes 3-6 seconds from start to finish. This is why developers chose Band Protocol to create their own fine-tuned decentralized oracle that provide timely data provisioning and a highly scalable and cost efficient manner.

What is the BAND token?

As the smart contract industry continues to grow and DeFi itself grown to be 4 billion industry, it is critically important that oracle powering blockchain application is fully decentralized. The BAND chain decentralized oracle network is secured thru delegated-proof-of-stake using the BAND native token. Validators who sources and aggregate data for smart contract is required to stake BAND token to ensure full accountability to hold the security the decentralized oracle network.

BAND token holders are able to stake or delegate on behalf the selected validators to earn a inflationary revenue as well as portion of the data request piece collected. This means anyone can contribute to reliable sourcing and aggregation of data for smart contract applications. Anyone can contribute and participate in the BAND chain decentralized oracle network, even you.

Similarly to Ether on Ethereum network, BAND token is use to pay for transaction fees on BAND chain. This means the higher usage the BAND protocol is higher the fees generated on thru network, which ultimately rewards the BAND stakers and validators who perform their job to securing the oracle network for DApps to use.

BAND token is also used for protocol government process. So token holders had direct say in any upgrades as BAND chain decentralized oracles continue to secure the multibillion of dollars locked in smart contract across all blockchain network in industries. 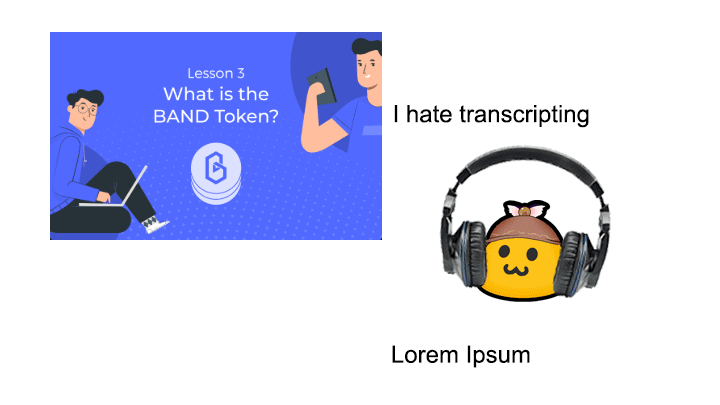 Phew. Done.
I already marked all important things with BOLD, it seems appear on the questionaries. Ssshhhhh🤫

I like these kind of promotion, I was on Coinbase waitlist like eternity but after I heard Coinmarketcap doing this kind of stuff I became instantly excited to try. If I actually could get those free token, I gonna be happy ofc. But well- who knows.

Hope my transcription useful for you, also make sure you had Coinmarketcap account and a wallet that supporting BAND token (ERC-20) to earn your free BAND token. 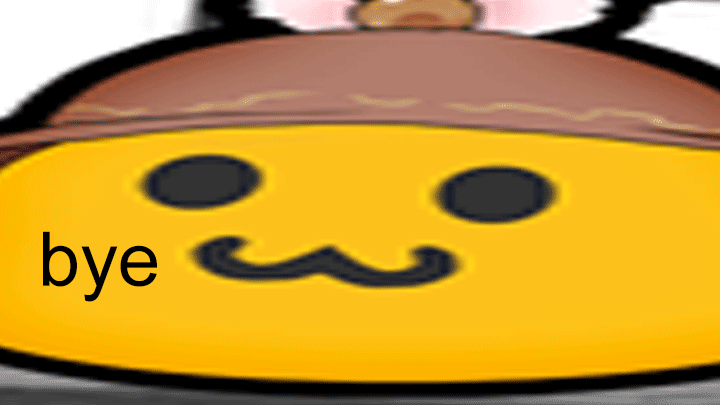