FREE NFT RAM Mystery solved - This is how much RAM you pay for grabbing a FREE NFT? 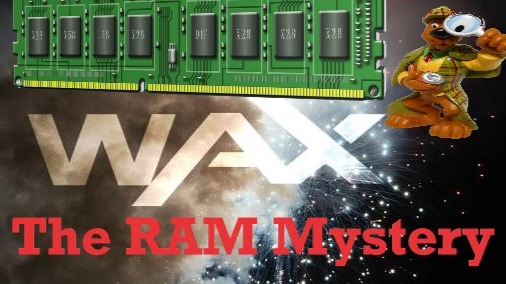 FREE NFT RAM Mystery solved - This is how much RAM you pay for grabbing a FREE NFT?

In my last article, I showed you how you can get the RAM you bought back

Your understanding is flawed and unfortunately most of the WAX user do not understand RAM concept.

You only get back/or sell the RAM you have not used (Available). RAM used is not going to be released.

The only case when RAM can decrease is when the creator of the NFT burns the NFT.

Well nobody puts (Bitcoin)Baby in the corner 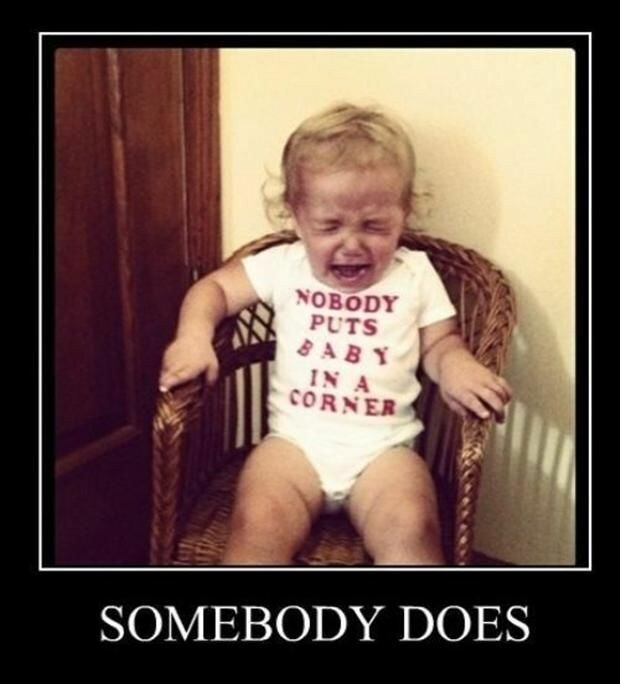 But this baby likes to be challenged, and is big enough to admit openly if he´s wrong......but he was NOT!

I spent several hours to once and for all simplify and demystify the RAM Mystery...because I searched for an hour to get an answer on the question can I get the RAM I bought back....and the www did not come up with an answer.

Some articles said that RAM spend is RAM lost, but I have seen that that is not the case. I have seen my RAM increase without buying new RAM.....but how could I prove that??? Time for a Scooby Snack, right uncle Scooby? 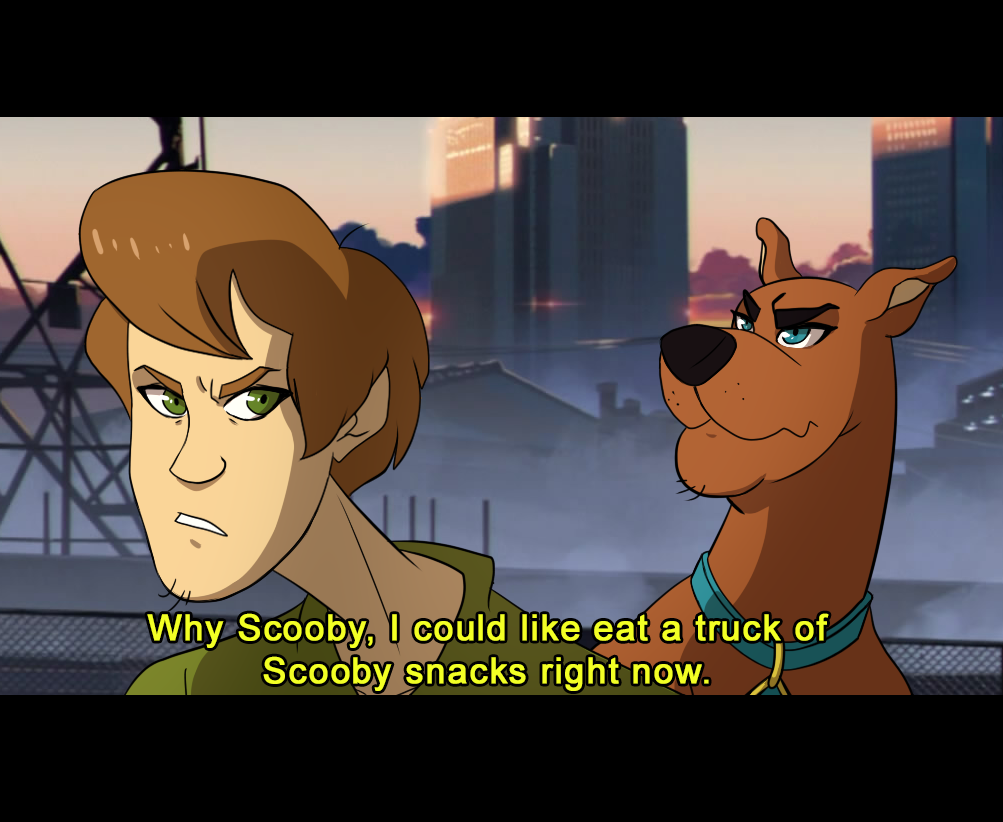 "Looks like we've got another mystery on our hands"

And that mystery begins with the below....

The overview of my current RAM and let´s not focus on WAX because the value of WAX can fluctuate. So we focus on RAM Bytes as they are supposed to be stable. At the start of our little story, I had 6722 RAM Bytes available.

This was after an NFT was sold, this was my initial proof that RAM was not automatically lost. 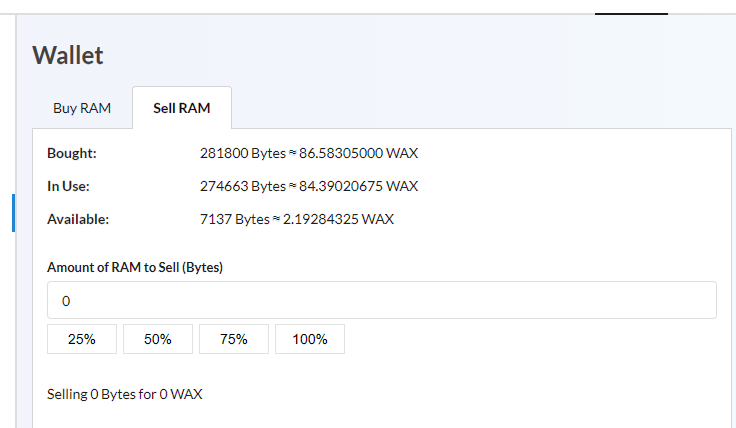 Now I have noticed that when I wanted to list several NFTs in a row I often got the out of RAM message and needed to buy some more. So what if I would de-list some NFTs, that would possibly prove that if RAM was used for listing them up for sale it would or would not be returned when de-listing them,

Hence I canceled the listing for about 10 NFTs.

Based on the comment I received any action that uses RAM means that RAM is lost, as it´s a payment for a transaction. But de-listing these 10 NFTs brought back RAM. It added over 7000 RAM bytes as you can see below. 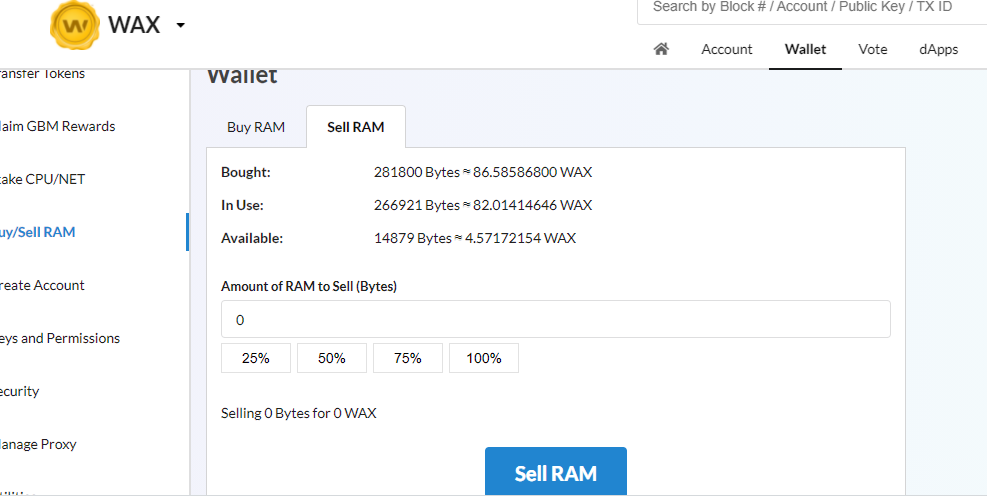 So now I am back to the 7137 RAM bytes I had prior to de-listing. So that proofs the concept that RAM is not always lost.....you invest RAM to list NFTS and get it back when you de-list them. Now comes the next question:

"Jinkies!"Do I get RAM back when I sell a listed NFT?

I hoped to sell some NFTS overnight to prove that it will or will not increase my RAM.

That should be enough to prove this concept...if my RAM would have gone up:

Selling one NFT added 353 RAM Bytes. And it did not impact the amount of RAM Bytes bought. So selling an NFT returns RAM Bytes. 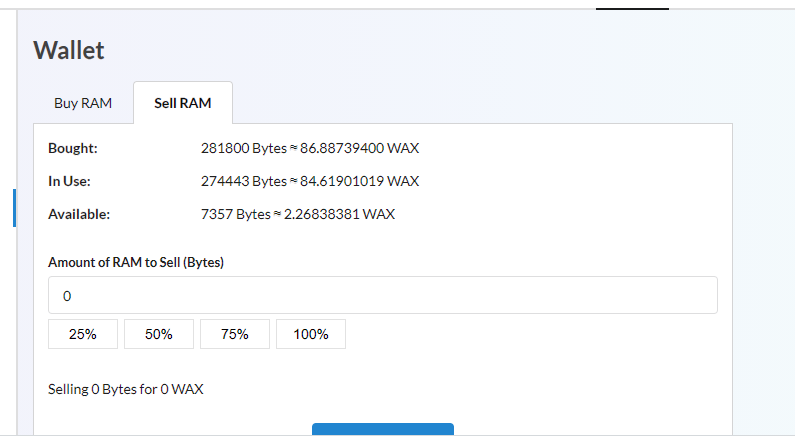 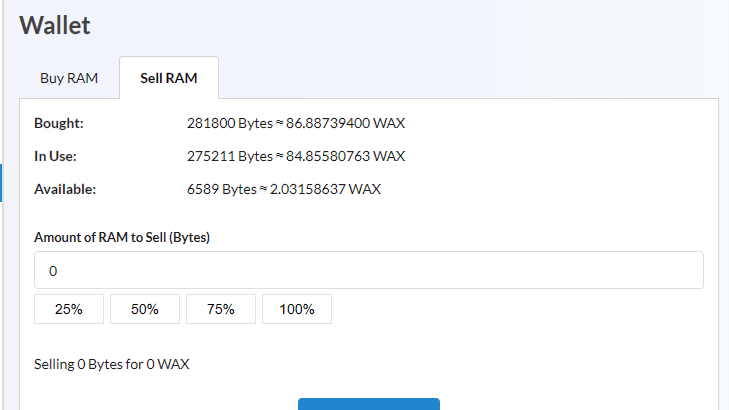 You can see that the total amount bought remains the same and is still equal to the In-Use + Available.

Now for the purpose of proofing my point I will put it up a little cheaper, hoping it would sell straight away and I got lucky again...... or someone else got lucky getting it cheap: 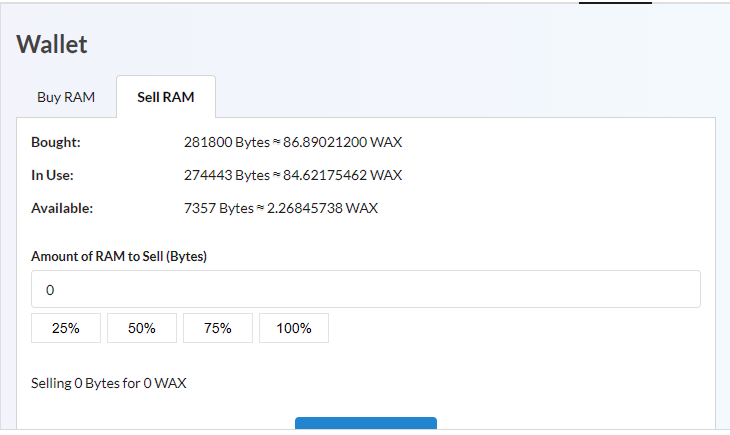 After selling I have the 7357 Bytes back

The same amount of bytes I had after buying the Freebie & before listing it.

So what can we deduct from this so far? 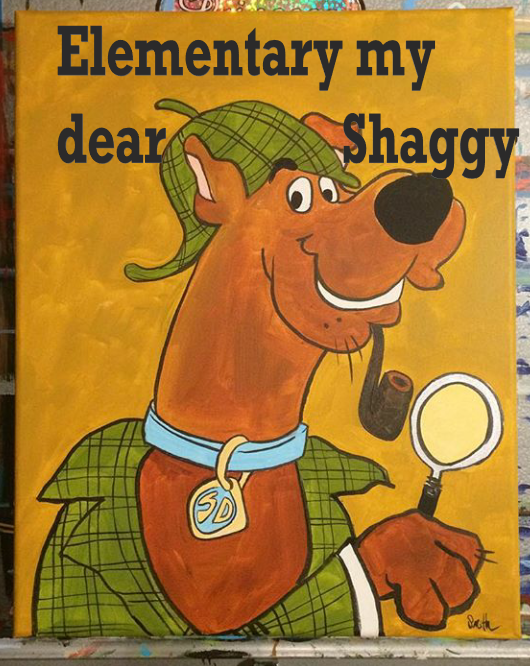 For now, it seems that the Bytes invested in the buy are still ´lost´ in the In Use part of the RAM wallet. But the RAM invested in listing is returned when an NFT is sold or de-listed.

Now I bought another freebie 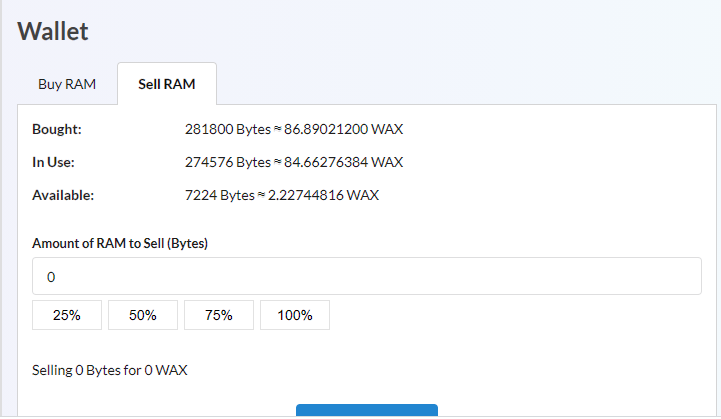 And again that used 133 Bytes of RAM.

Listing this one cost 415 Bytes of RAM, almost half of the cost of the previous listing: 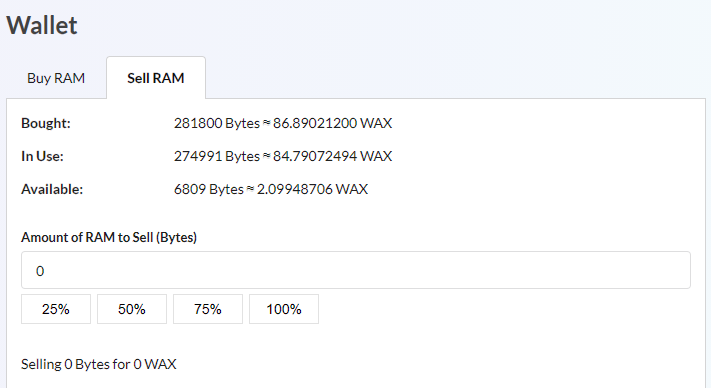 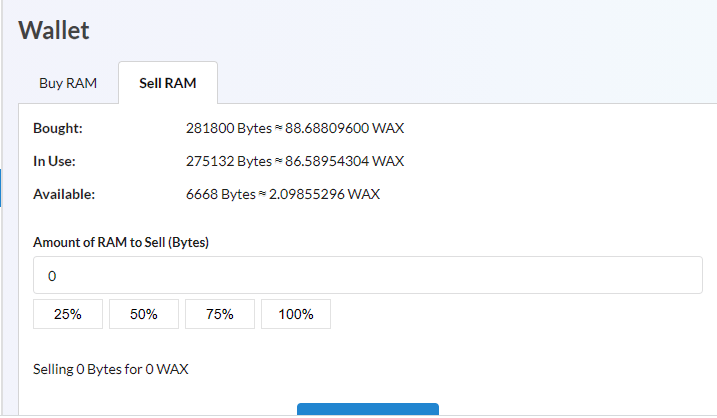 I sold an NFT at the same time I listed one and that sale returned exactly the number of RAM bytes listing this latest Freebie NFT cost (768 bytes).

We can conclude that listing an NFT takes about 768 RAM Bytes.

What is not returned are those approx 140 Bytes of Ram used for acquiring the NFT.

What would happen if I would de-list all my NFTS

How much RAM would I get back?

Knowing that would also tell me how much RAM I actually spend on claiming and probably never get back. 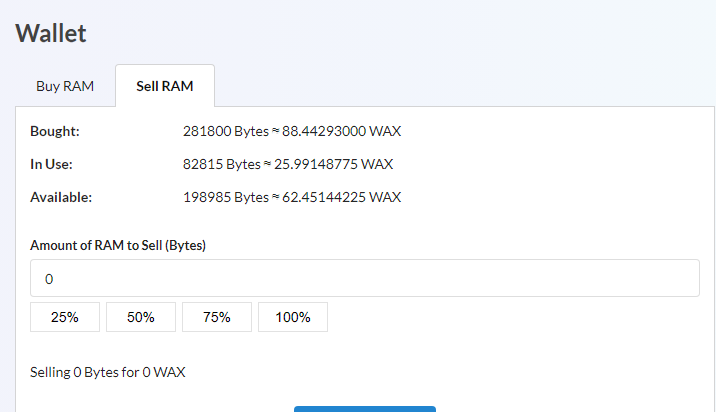 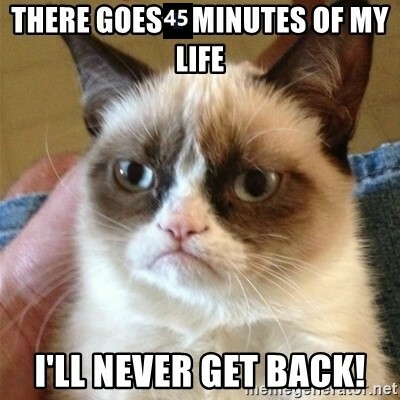 There is more to this mystery!

Let´s do some basic math:

The above is the basis for the most important lesson in all my free NFT articles because it tells you: 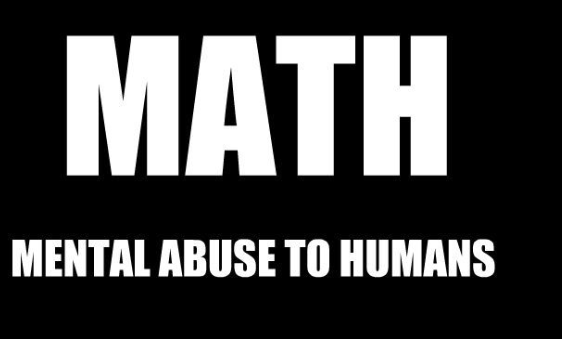 This is really useful info as I need to re-list 300+ NFTs.

Now there is one more test

Has the price of an NFT always been 140 RAM Bytes?

So let's say I bought about 750 NFTs as some were gifted and I am not sure if that claims RAM.

Now the question is:  How much RAM bytes did I pay for them on average?

After de-listing I still have 82815 RAM Bytes In Use. That would be the RAM I spend on feeding my Free NFT addiction, grabbing all those nice little works of (f)art.

So it seems in average I paid 110 RAM Bytes, why I am paying more now might be related to the price of WAX being lower, but IDK and IDC.

These calculations are all done based on RAM Bytes.

Burning NFTs does not return the RAM Bytes spend on claiming it. Kids don´t try this at home.....as burning NFTs you got for free will surely take you to hell.

For sake of proofing on more concept, I burned Elizabeth.... 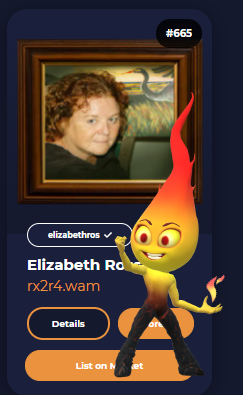 It unfortunately send Lizie to kingdom come and did not return any RAM. 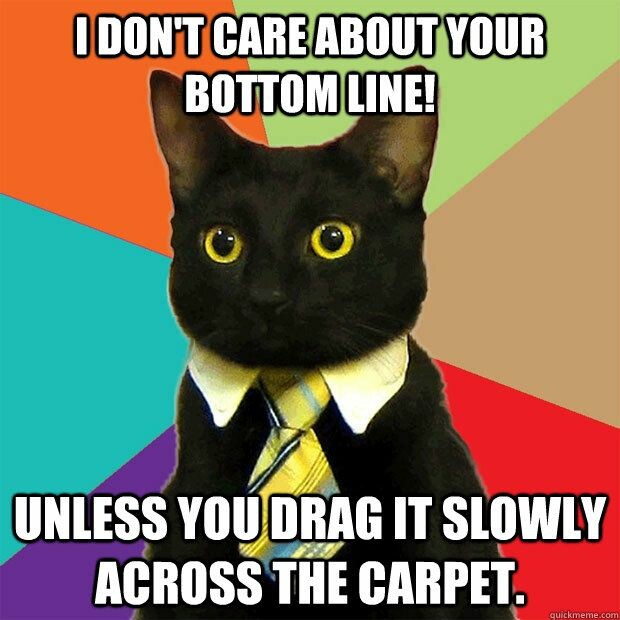 I paid between 100-150 Bytes of RAM per Free NFT grabbed. So to break even make sure that the selling price of a Freebie is always above 0.05 WAX if you want to keep making profit.

As said I spend 45 minutes de-listing 300 NFTS, then spend over 2 hours listing all of them again. And actually, it was quite nice seeing those NFTs I got during my early days. Plus the fact it allowed me to have a little NFT sale and still make a profit as I did not list any NFT below 0.05.

So cleaning up your collection (now you know the min. price) is definitely worth it......

Okay maybe you should rethink doing this 😋

They wanted you to believe that, that RAM you bought was gone forever.

"And they had gotten away with it, too, if it wasn't for that meddling Baby!" 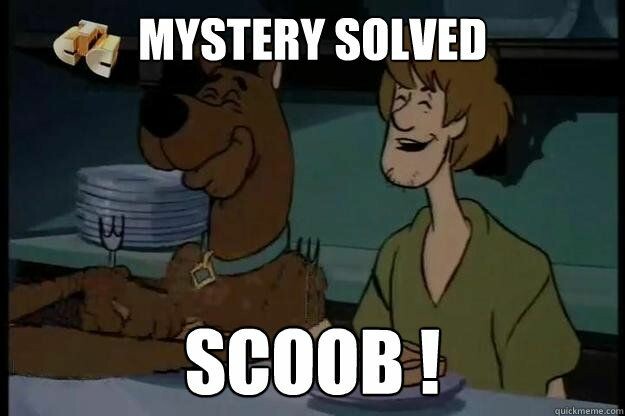 Thanks for reading, please hit the like button on your virtual way out so others can learn from this to and have a lovely day. 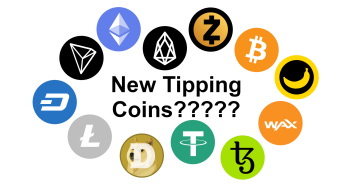