Is OmiseGo (OMG) A Good Investment? In-depth Analysis and Near to Longer-Term Expectations.

OmiseGo is a payment network ecosystem that tries to make a “free and open” financial system and combine it with the decentralization concept of the blockchain. OmiseGo is building its network on top of its own Plasma implementation of the Ethereum main chain. For your information, OmiseGo’s plasma implementation is considered a “game-changer” that tries to solve Ethereum’s scalability problems. This article will explain a little bit about OmiseGo, its token OMG, and whether investing in OMG tokens worth it or not in the long term. Let’s find out together!

Ethereum was considered a revolutionary idea when it got popular a few years ago. Especially in 2017, when cryptocurrencies were having its best moment in history. At the time, Ethereum’s popularity kept going up until the price hit more than $1000 each coin.

Ethereum was seen as a new era of the blockchain revolution, especially due to its introduction of the smart contracts concept to the masses. The problem with Ethereum is that the network gets clogged quite easily.

Even though there have been many scalability solutions offered to solve the issues, but in general, Ethereum is still very vulnerable to the same problems it faced two years ago. So, in 2017, CryptoKitties (a popular Ethereum-based game) got so popular that it slowed down all the transactions on the Ethereum network.

Since then, many people have been desperately looking for significant scalability solutions, and the Plasma solution offered by OmiseGo was seen as one of the potential saviors. For your information, OmiseGo intends to implement the most complex Plasma solution, and it can help Ethereum tremendously.

Meanwhile, the child chain (OmiseGo) settles most of the transactions without the need to “bother” the root chain every single time. Each OmiseGo’s plasma contract functions on its own (i.e., plasma contract for DEX, for social network, for micropayments, and even for an independent private blockchain).

This idea, theoretically, can infinitely scale Ethereum to process a massive amount of transactions. This is possible because each use case will be processed on its own plasma contract. Thus, the root chain won’t bear all the burdens.

OmiseGoal purpose is to bank the unbanked and to make a decentralized financial ecosystem possible. And of course, plasma implementation is required to achieve this grand plan. Because the Ethereum blockchain, looking at its current state, is not able to become the de-facto decentralized financial ecosystem for the unbanked. It needs to be scalable. 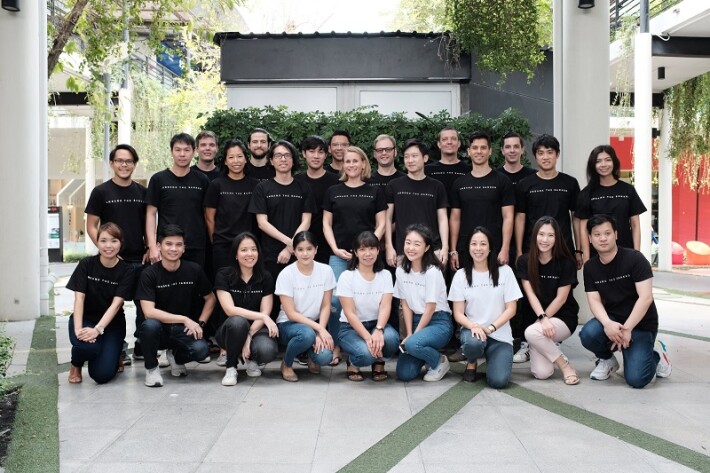 The core team of OmiseGo is simply called Omise. Omise used to be a company that specialized in a payment gateway that focuses on business security solutions and white-label in Thailand. Since the creation of OmiseGo, the focus has simply shifted. The main faces of OmiseGo are the CEO Jun Hasegawa and the COO Donnie Harinsut.

In 2015, the Omise team created its own Omise Blockchain Lab. The goal was to explore possibilities with the blockchain. There have been many different use cases with blockchain, but eventually, OmiseGo Blockchain Lab believed the best possible scenario was to use the technology as a gate to access financial services and digital assets.

OmiseGo Network and OmiseGo eWallet Suite were eventually born, and the focus was set permanently after they completed their initial coin offering (ICO) on June 23rd, 2017. The ICO itself successfully gathered $25 million from the participants; it was considered a huge success at the time.

OmiseGo team itself is well-known for being a huge contributor to many of Ethereum developments, including Ethereum foundation’s DEVGRANTS initiate as well as Ethereum Raiden (similar to Bitcoin’s lightning network).

And not only about their contributions to Ethereum, but they have also partnered with other blockchain teams as well. Examples include Golem, Tendermint, Cosmos, Status, and Hydrachain. The OmiseGo team believes it’s important to keep themselves open-minded on multiple blockchain platforms. 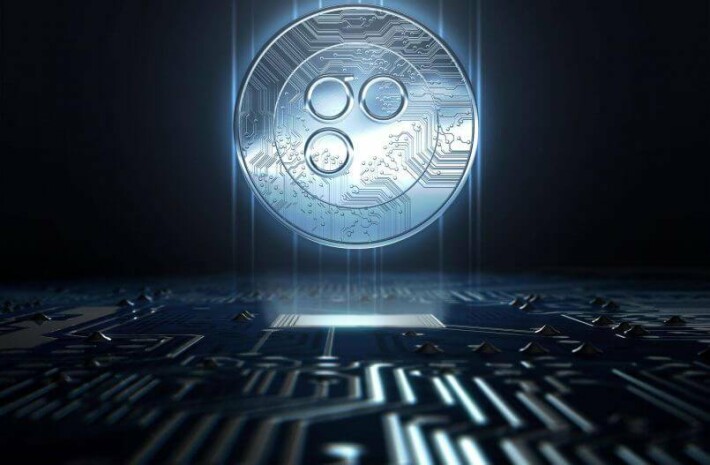 Many other developers and a significant part of the crypto community respect the OmiseGo team. Their hard work has been recognized by the top figures in the crypto space, including Vitalik Buterin himself (the co-founder of Ethereum). The future still looks bright for the project.

However, there’s one thing that we have to acknowledge from the entire crypto industry. People love overpromises, fast delivery, and hype. OmiseGo rarely becomes the headline in crypto news websites. Its focus on development also means people expect them to finish their Plasma implementation soon.

And that’s where the roadblock is. OmiseGo team is currently developing the stage they call as Plasma Bootstrap. They completed the MVP for Plasma Cash before they moved on to Plasma Bootstrap. The entire roadmap takes a much longer time than what some people have expected.

So, basically, the biggest roadblock for OmiseGo's future is people’s expectation about “time.” Many people in the crypto space have a short-lived expectation and quickly move on to the next “new project” whenever they feel disappointed by something. And this might eventually happen with OmiseGo as well.

Many OmiseGo enthusiasts in early 2018 expected the team to finish the majority part of their developments before 2019. Fast forward to today, OmiseGo team is still in the middle of the process. Once again, there’s nothing wrong with what the OmiseGo team has been doing. The problem is the oversimplified expectation of some big investors.

So, although OmiseGo team has been doing a good job, but they might be “abandoned” by some long-term OMG token holders and speculators in case there’s some new exciting project that can “distract” the attention of these same whales.

And keep in mind that crypto space has been changing quite rapidly. OmiseGo is not just racing with its own timeline, but there are also a lot of other crypto projects that have been trying to solve blockchain scalability problems. If the other teams can make a significant breakthrough in their development, it’s actually possible OmiseGo will be slowly forgotten by the community.

Before we can eventually decide whether a token is worth to invest in the long-term or not, we need to look at the partnership factor. OmiseGo is doing really well in this sector. 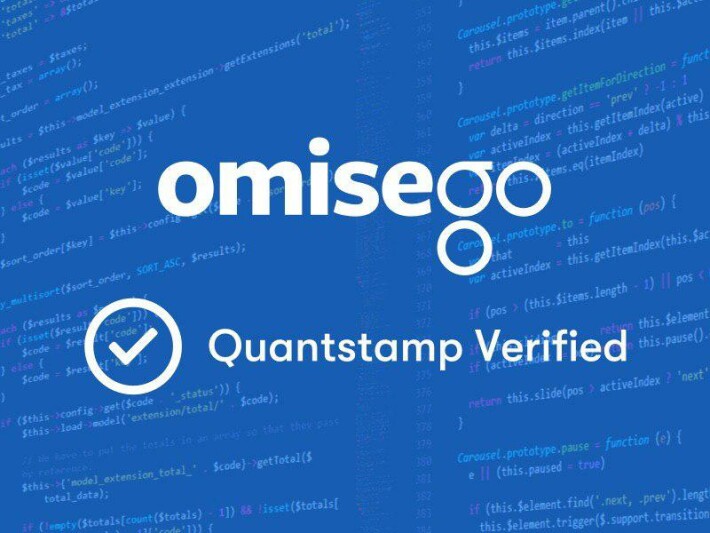 They have been partnering with Quantstamp, a smart contract security company that does security-related tasks, including manual audits. For the record, Quantstamp was the same entity that audited OmiseGo’s MVP.

Another example of successful OmiseGo adoption is the Shinhancard loyalty program, which is also managed with the OmiseGo network. There’s also a game called Plasma Dog, which has been using OmiseGo to maintain its decentralized gaming assets marketplace.

The Role Of OMG Token In OmiseGo Ecosystem

So, you have learned what OmiseGo is all about and its potential future and risks. Now you might be wondering, what exactly is the role of OMG token in the OmiseGo ecosystem? After all, investing in a utility token means we need to know what “utility” does the token provide. The answer is quite simple.

OMG tokens are simply used to validate the network. For example, if a user validates a block the right way (he/she needs to stake OMG tokens to do that), the same user will get paid from the transaction fees that come from the same block. The reward comes in the form of OMG token. And the opposite scenario can happen, as well. If the validator incorrectly validates the block, he/she will be punished.

The role of the token is vital to separate the good from the bad actors in validating block transactions in the OmiseGo network. 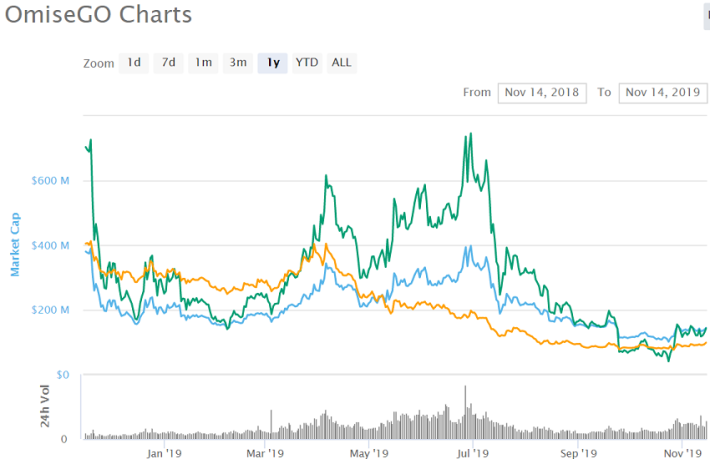 OmiseGo token is not an exception. Its highest point in terms of price happened back in January 2018, the peak of altseason before the crypto market crash. At the time, OMG went higher than $25 per token.

It’s possible that OMG price in the future will be decided by the same factor. Everybody is waiting for significant price action from Bitcoin. If Bitcoin can eventually break its all-time high price point, it’s actually possible for OMG to rise up significantly as well. And if Bitcoin goes down again like what happened in 2018, OMG might crash even harder.

When you invest in an altcoin, you always need to be cautious with this one very important external factor.

OmiseGo project is a promising project and is respected by many developers in the blockchain space. It looks like they are doing everything on the right track, but there are potential challenges, as we have described above. Generally, we feel positive about the long-term potential of OMG token, but keep in mind that the crypto market can be pretty unpredictable at times.