Is Nash Exchange Token (NEX) A Good Investment? In-depth Analysis and Near to Longer-Term Expectations

Is Nash Exchange Token (NEX) A Good Investment? In-depth Analysis and Near to Longer-Term Expectations 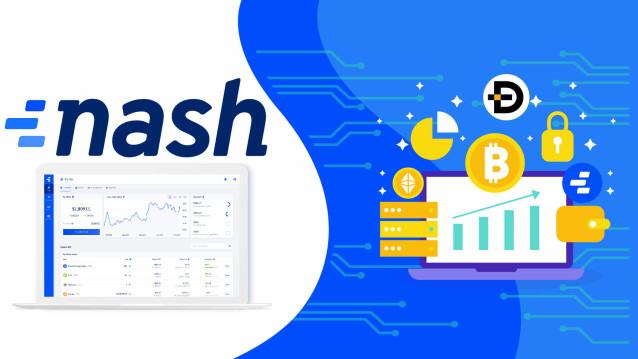 A few years ago, when Fabio Canesin, Fabian Wahle, Ethan Fast, Luciano Engel, and Thomas Saunders announced that they would launch a different kind of crypto exchange, it received a lot of hype from the crypto community (especially from NEO supporters). Yes, all these individuals are famous developers who operate under the famous NEO global developer community called City of Zion.

The idea of creating a fully registered European security token to empower a non-custodial crypto exchange was warmly welcomed by everybody, especially considering at the time every other exchange was not regulated or registered.

NEO itself used to be one of the top 10 altcoins, and was dubbed as “Chinese Ethereum”. So, the idea of creating a European-registered security token and a non-custodial exchange by five strong NEO developers was hugely hyped by everybody.

But, after its launch last year, Nash Exchange hasn’t lived up to its hype. The trading volume is also underperforming compared to most other crypto exchanges. So, is it still worth it to invest in the Nash Exchange token? Well, let’s find out together!

Nash exchange was originally called Neon exchange, inspired by the success of Neon wallet (the desktop wallet application for NEO blockchain created by the co-founders of this same project). With the passage of time, they chose to rebrand the project from Neon exchange to Nash exchange.

The selling point of Nash exchange was that the native token would be registered security in Europe. Back in 2017-2018, most crypto exchanges were not very “regulation-friendly,” and some of them even had to change their headquarters from one country to another due to the unfriendliness of the governments toward crypto exchanges.

Then, there was Nash. The idea of having a registered, fully legal security token in Europe was considered appealing to many crypto enthusiasts.

However, the hype didn’t last very long, as the core team decided to delay the initial token sale until September 2018. Well, they still managed to raise $21,820,000 from the public as well as $12.25 million from the Venture Capitalists.

But again, many analysts predicted they could have raised much more and maintained the hype, if only they launched much earlier (such as in Q4 2017 or Q1 2018).

Nash Exchange is trying to be the best of both worlds (centralized and decentralized). For the centralized component, It uses an off-chain matching engine to have better speed compared to blockchain-based DEXes.

The token itself (NEX) is a pure security token, and you can stake NEX by locking them into the smart contract system if you want to get dividends from the exchange. You can lock your NEX tokens with a minimum of 1-month contract and a maximum of 2 years.

Apart from the exchange itself, Nash also has its own DeFi products (Decentralized Finance), such as Funds Management, Nash mobile wallet, Nash Pay, and Nash chrome extension.

And then, Nash Pay is the payment integration application to let merchants accept crypto payments instantly with easy and fast conversion. They also plan to include fiat payments and zero fees with Nash Pay. Last but not least, we have Nash chrome extension where you can link your account to Nash directly on your browser, just like Metamask.

City of Zion founders are also the leaders of NEX

When it comes to crypto investment, we need to know the team behind the project. We invest in the crypto token, believing that it might be able to do much more in the future. And who can make it happen if not the core team of the same project?

So, how about the NEX team? The main people behind NEX is Fabio Canesin, Fabian Wahle, Ethan Fast, Luciano Engel, and Thomas Saunders. It’s important to know that all of them became famous due to their time with City of Zion. And yes, they are all co-founders of City of Zion.

Fabio Canesin, one of the main faces of Nash exchange, acts as the foundation chair in City of Zion. Previously, he was the Research Engineer at Schlumberger and the Chief Technology Officer at Lemonaid Learning Analytics.

Then, we have Fabian Wahle, who is the Founder and Strategic Advisor of NEO Saint Petersburg Competence Center. He used to be the Tech Lead of Altoida, Inc, prior to his time with Nash.

After Luciano, we have Thomas Saunders, who used to be the Lead Software Developer at iDi - Institute for Design Innovation. He was also the Application Developer at Modern Carpentry LLC.

Last but not least, there’s Ethan Fast, who was the Founder of Proxino. Ethan doesn’t seem to have much working experience prior to his time with City of Zion and then Nash Exchange.

Interestingly, only Ethan Fast shows his position with Nash Exchange. He works as the Chief Technology Officer of the company. Meanwhile, Fabio, Fabian, Luciano, and Thomas only show themselves as “co-founder” and nothing else.

That being said, I believe the team is very competent and have enough developing skills to help Nash Exchange to go further.

Nash has a lot of world-class venture capitalists backing its project. Technically, they are not really “partnerships” but rather “investors,” but Nash list them in the partnership section, anyway.

So, who are these big investment firms backing Nash? They are:

Fundamentally, Nash exchange makes a lot of sense. And of course, if Nash exchange gets more popular, the token price of NEX should also go up due to its function as the security token of the exchange.

However, the truth is that Nash Exchange has not really lived up to its own hype. According to CoinGecko, Nash Exchange has a really low trading volume. It’s not even $10,000 per day, and this number is abysmal compared to most decent crypto exchanges.

The trading volume needs to go up - image source

Of course, you can say that Nash Exchange is still very new, and it’s been only five months. However, you can also say that other exchanges had a much better trading volume 5 months after their official launch.

On CoinMarketCap, the trading volume for NEX token is also really low. You can’t actually buy a decent amount of NEX tokens instantly unless you want to wait for a while with your buy limit orders.

Some people fear that this consistently low trading volume for Nash Exchange would not change in the future. Nash team leaders are all great developers, but the skeptics fear that the core team’s lack of experience in marketing won’t help the project much in getting new users and traders.

Considering that NEX token price appreciation will depend on the dividends that are shared from the exchange revenues, it would be better if the team would focus their efforts on getting more users.

NEX token price has been going down against Bitcoin - image source

Unfortunately, it’s not enough to make our decision just based on the project alone. We also need to think about one important external factor. That factor is Bitcoin price action. Yep, whether we like it or not, Bitcoin price still affects the entire industry of cryptocurrency. NEX won’t be an exception.

So, how about this year (2020)? Well, so far, it looks like Bitcoin is going to go up again. However, nobody really knows. This year is an important year because we will have Bitcoin mining reward halving event. If this year will be the same with 2016 (the last halving event), Bitcoin price might go up gradually, and eventually it might break its all-time high.

However, some skeptics predict the opposite. They think Bitcoin will go down due to a lack of interest from newcomers. And whales might dump their Bitcoin holdings when there’s no new demand on the market.

Either way, it’s important to pay attention to Bitcoin price action if you decide to invest in NEX. After all, there are always more crypto traders actively trading when the market enthusiasm is high. And thus, such a scenario might affect Nash Exchange’s traffic as well.

Out of these four accounts, it looks like their Twitter account has the most activities. Each tweet can easily get more than 10 comments from its followers. While the twitter account has decent traffic but it’s hard to say whether it’s good enough or not. Most other crypto projects have Telegram channel to see community interests.

Nash Exchange began as a very promising alternative to the likes of Binance, Bitfinex, and other popular crypto exchanges, but it gradually lost its hype after it kept delaying its public launch. As a result, it has been struggling to get higher trading volume due to the super competitive nature of crypto exchanges.

NEX token itself might gradually lose its popularity if Nash Exchange cannot pull it off. The challenge would be for the Nash team to market its exchange. Whether they can do it or not, only time will be able to give us the answer.