Formerly called RaiBlocks, NANO is one of the fastest cryptocurrencies in the market. NANO supporters often brag on how NANO transactions can be even faster than other speedy cryptocurrencies such as DASH, XRP, XLM, or Litecoin. It is believed that NANO’s transaction speed can be as fast as 0.27 second, which includes the whole process, from transaction broadcast to finalization.

Utilizing a Directed Acyclic Graph (DAG) block-lattice architecture, theoretically, NANO shouldn’t have many issues to scale and can maintain its speed even in a scenario where the network has much more traffic than today. Not only known for its advantage about speed, but NANO also doesn’t have any transaction fee. The fact that it’s feeless makes it even more attractive.

But, here comes the most important question. Is it worth it to invest your money in NANO cryptocurrency? This article will cover all the angles that can help you to answer this question. Let’s begin right away!

Then, we have NANO, a cryptocurrency that can maintain its decentralization aspect, despite the fact that it’s extremely fast. NANO can achieve this impressive feat due to its basic structure. NANO utilizes a Directed Acyclic Graph (DAG) block-lattice architecture.

For your information, DAG is a system of individual transactions that connect to multiple other transactions. DAG does not have “blocks” of transactions. For an analogy, blockchain can be compared to a linked list, while DAG is more of a tree with different branches representing different transactions. 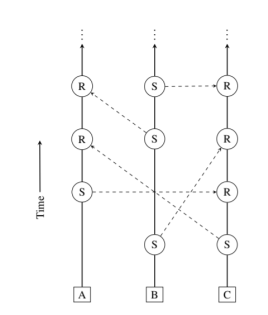 Visualization of the block-lattice system

NANO utilizes a combination of elements between blockchain and DAG. Basically, each account inside the NANO ecosystem has its own blockchain that can store its transaction and account history. This concept is called account-chain, and only the account-chain owner has the ability to control it. And then, these account-chains can be non-parallelly updated with the entire NANO network.

With this system, the most recent block on all chains always contains the same account’s current balance. NANO can maintain its fast processing speed due to the utilization of this structure. Not only that, but NANO also uses a hybrid consensus mechanism that they call Open Representative Voting (ORV).

With ORV, every account can openly choose any representative to vote, and it does not need to be online to do so. The representative accounts themselves are configured on online nodes. Due to the fact that NANO accounts can always delegate their voting to any representative at any time they want, it shows that users in the NANO ecosystem have big control over the consensus.

And considering there’s no financial incentive for the nodes, this consensus mechanism (ideally) should be able to mitigate centralization concerns among the representatives.

With all these features that I wrote above, NANO becomes very fast and feeless. NANO is focusing its development on trying to be the best peer-to-peer digital currency while maintaining a good level of decentralization. Technologically, NANO has all the right ingredients to be successful. 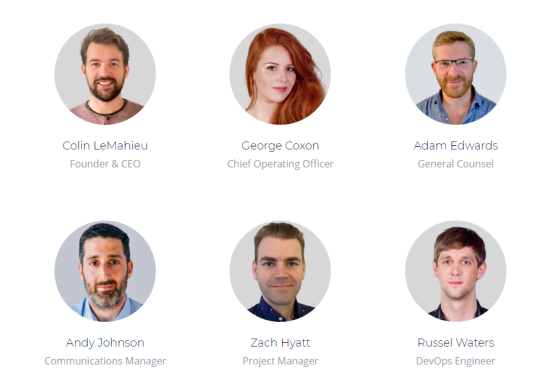 Of course, when it comes to cryptocurrency investment, we need to learn more about the core team itself. What usually happens is that we invest in a cryptocurrency because we believe that the same currency will be used for more important use cases in the future. And who can help that currency’s future if not the core team of the same project?

So, how about the core team of NANO? NANO Foundation’s main man is Colin LeMahieu, who is also the sole founder of the currency. With NANO Foundation, he’s the Chief Executive Officer. Before his full-time commitment with NANO, he was the LLVM Software Tools Engineer at Qualcomm and a Staff Software Engineer at National Instruments.

It is believed that previously Colin only worked part-time on the development of NANO until the peak of altseason in Q4 2017. At the time, Colin finally quit his job at Qualcomm, and chose to fully focused on NANO Foundation. Among NANO supporters, Colin is often seen as the “Vitalik Buterin” of NANO, with his memes and face often show up on cryptocurrency subreddit.

Next, we have George Coxon, who acts as the Chief Operating Officer at the NANO Foundation. Before she got the COO role, she was working in the Operations & Partnerships field at the same NANO Foundation. George is a very important individual in the team. She’s been with NANO Foundation since January 2018.

Prior to her time with NANO, she was the Senior Account Executive at Nonsense London for two years from 2015 to 2017. Nonsense London is a creative digital agency that tries to connect brands and audiences in the form of content worth sharing.

After George Coxon, we have Adam Edwards, who acts as the General Counsel at the NANO Foundation. His experience includes his 7 years' time with Wedlake Bell as Consultant and Partner.

Then, we have Andy Johnson, who is basically the Communications Manager at the NANO Foundation. He’s been with NANO for over a year. His other experiences include his time as co-founder at KitePay and The Nano Center. He was also the owner of Nanothings.store. Apparently, Andy was hired due to his huge enthusiasm toward NANO.

The next on the list is Zach Hyatt, the Project Manager. He’s been with NANO Foundation since December 2018. Previously, Zach was the Organizer at Nanoble and co-founder of Stateless Labs.

Of course, when it comes to amazing technology like NANO, we must give credit to the software engineers. Apart from Colin LeMahieu himself, there are some big developers in the Foundation. The DevOps Engineer is Russel Waters, and he’s been working for NANO since January 2018.

Before his time with this project, Russel was the Application Specialist at Zmanda and then at Carbonite. He was also promoted to Technical Training Specialist at Carbonite in December 2016 before he eventually left the company in 2018 to join NANO Foundation.

The Software Engineers are Sergey Kroshnin, Stein Roger, and Wesley Shillingford. Last but not least, Software Developer at the Foundation is Guilherme Lawless. All of them link their github pages to their profile pictures on NANO’s about us page.

In my opinion, the team looks extremely capable of developing a good cryptocurrency from a technological perspective. However, it doesn’t look like they have any strong name when it comes to partnerships and marketing.

Use Case Of NANO Cryptocurrency 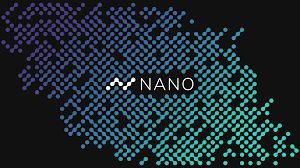 Well, NANO is not a dApp platform, and it does not have any other use case other than to be used as peer-to-peer digital money. It’s basically trying to be like a digital fiat. For transactions, and that’s it. The difference is that NANO is decentralized while digital fiat is controlled by the central bank.

For that reason, the way for NANO to become mainstream is if people or institutions start to transact with each other with NANO. It’s different from the likes of VeChain or Ethereum or other newer blockchain platforms where they try to solve different use cases, and their native crypto tokens are used to pay for transaction fees, staking, or other things.

With NANO, they are hoping that its popularity will grow when individuals in different countries pay each other with NANO. Another possibility is when banks and financial institutions try to transport fiat currencies by using NANO as the intermediate currency (similar to how XRP is being used in RippleNet).

Different from many altcoin projects, NANO marketing efforts are not directed toward “official partnerships” with other companies. They mostly encourage other startups to integrate NANO into their technology or adopt NANO at their shops.

Regarding integration, NANO has been integrated to BrainBlocks, CoinGate, and Kappture. CoinGate is a payment gateway to buy and sell cryptocurrencies. By partnering with CoinGate, NANO can be used in 4000 CoinGate’s registered merchants.

As for Brainblocks, it’s an instant “pay with NANO” solution with the long-term vision to integrate automatic conversion to fiat. If BrainBlocks becomes a big company, the goal is to be able to automatically convert fiat to NANO and then back to fiat, eliminating most people’s worry about cryptocurrency price volatility.

There are also a lot of different online shops where you can pay with NANO. You can find the list at UseNano.org. That being said, the majority of the names there aren’t really big companies. Most of them are small shops that don’t have a huge amount of traffic.

NANO has amazing technology, and it’s very fast as well as feeless. However, the NANO team has been criticized over and over again by some of its own supporters due to the lack of visibility and marketing efforts. It’s believed that NANO would do much better in the crypto rankings if they hire an employee with a strong marketing background. So far, they haven’t been listening.

NANO core team has hinted that the best technology always wins in the end, especially if that technology is totally open-source, but this is not always true. There have been many stories in the past 20 years where the better technologies actually lost against their competitions due to lack of marketing efforts and adoptions.

When it comes to speed and transaction fees, NANO can be considered one of the best. But once again, having super good technology is not enough. The biggest roadblock for NANO’s future is its lack of visibility compared to the bigger altcoins. For example, Ripple and Stellar have been partnering with big institutions, but this type of approach is not used by the NANO Foundation. 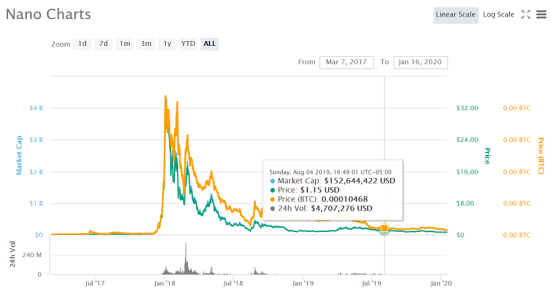 We have learned the most important things about NANO, but is it enough to make our decision whether to invest in the coin or not? Unfortunately, not. When it comes to altcoin prices, we need to think about one huge external factor. That one factor is called Bitcoin price action.

When NANO had its biggest moment (it went up from below $0.15 to above $30), it happened within less than three months. However, most other altcoins also enjoyed a huge uptrend during the same time period (November 2017 to January 2018). When other altcoins and Bitcoin went down in the rest of 2018, NANO price also got hit.

Unfortunately, most cryptocurrency prices move in one same trend. So, if you decide to invest in NANO, you need to pay close attention to Bitcoin price action.

NANO is a really good cryptocurrency with extremely fast speed and zero transaction fees. It has a huge advantage over its competition when it comes to technological aspects, but it still needs to prove itself when it comes to visibility and marketing. Nobody knows if NANO can become one of the most used cryptocurrencies in the future, but it still looks like a good investment. 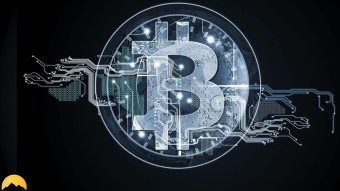 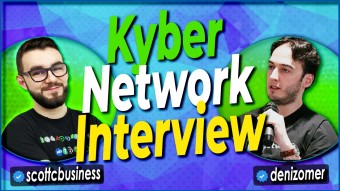 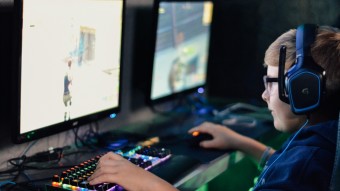