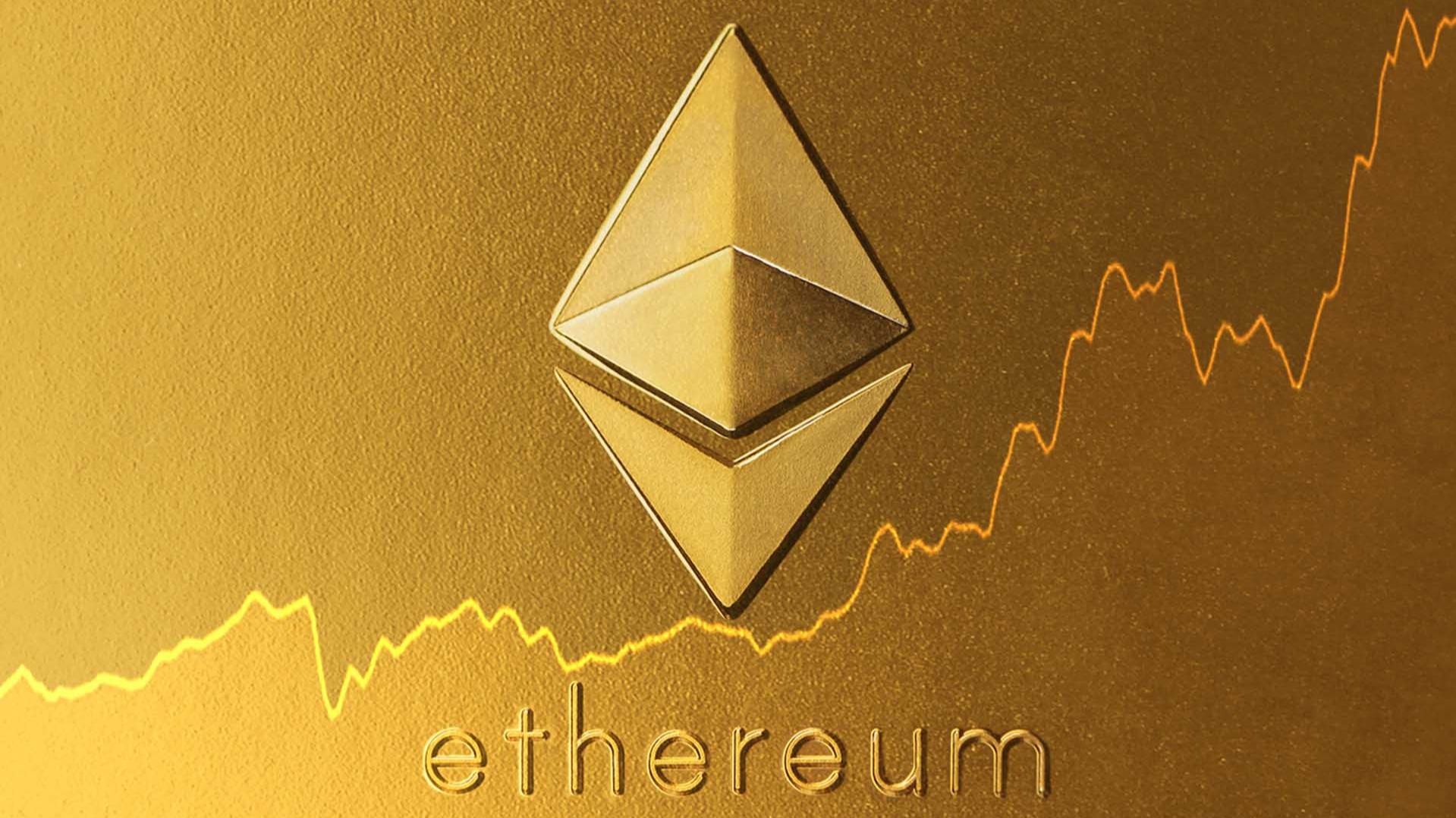 ETH may have just entered the bullish zone (TA Master)

Ether (ETH) is selling at a very low price at the moment, at about half (186 USD) of its 2-year average price (362 USD). This is illustrated by the thick light blue line below.

ETH price is half the 2-year average

The 26 (blue) week MA is still above the 12 week MA, indicating that the short term trend is still weaker than the medium-term trend, but the lines became parallel, which might indicate a reversal in the next weeks. This is further reinforced by other indicators, such as the stochastic RSI, which looks very bullish: 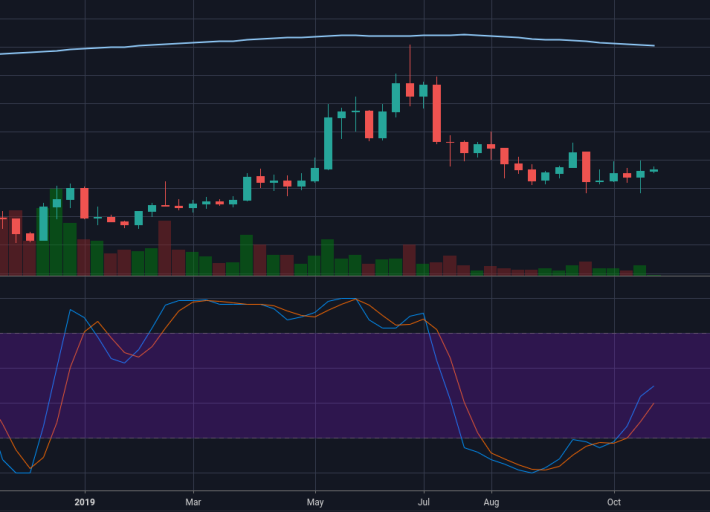 The squeeze momentum indicator also shows a reversal in trend: 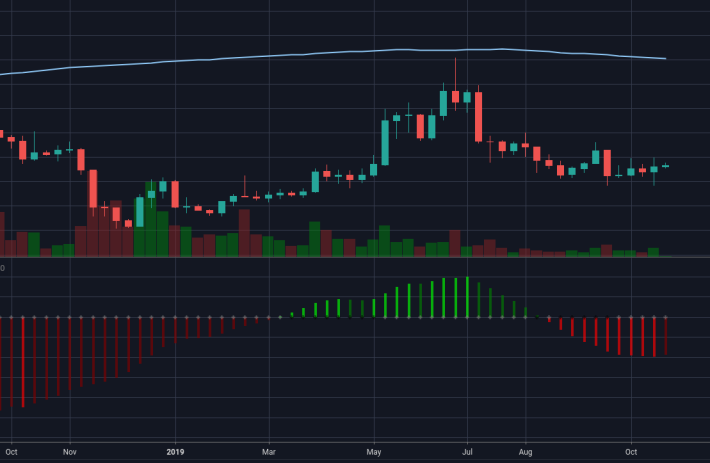 The MACD in the weekly chart is starting to show a bullish trend but not quite yet. In the daily chart, however, the MACD has already entered the bullish phase. 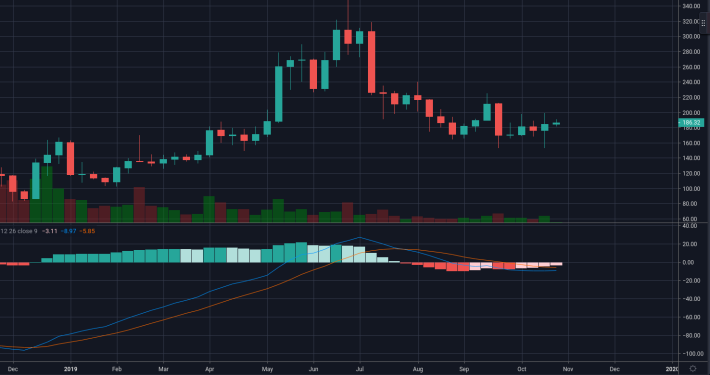 MACD in the weekly chart

MACD in the daily chart

This positive trend might have been caused by Bitcoin's recent surge, as both currencies are always moving closely together:

BTC and ETH always moving together

Another thing that points towards a recover of ETH price is that it recently (September) just broke out of a falling channel upwards: 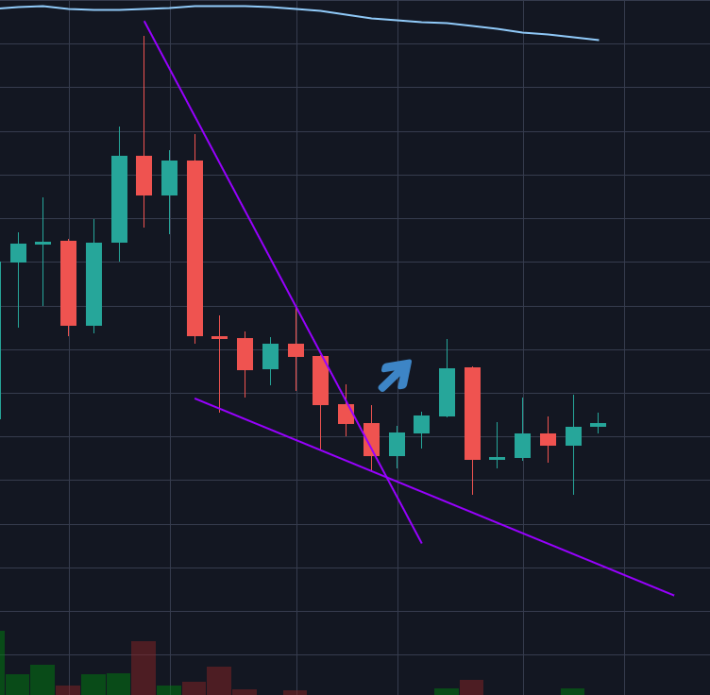 ETH broke out of a falling channel in the weekly chart

This is better seen in the daily chart: 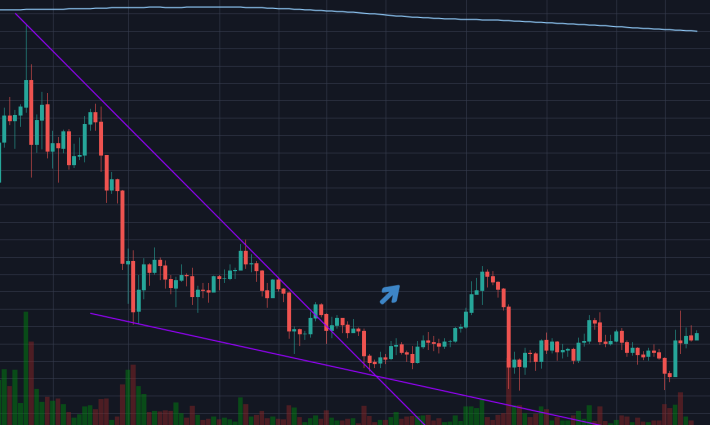 ETH broke out of a falling channel in the daily chart

In the next days, we will be able to confirm the bullish trend. The main indicators I am looking at are the Stochastic RSI and the 12/26 weekly MAs. If the 12-week moving average doesn't cross the 26-week MA upwards and if the red line in the Stochastic RSI above crosses upwards of the blue one and they start to go to the bottom zone, then we have a bearish case.

Besides these technical indicators, I think the moment looks good for ETH because of a couple of factors. First, it is trading close to its lowest price, at half the two year average (so it is cheap now). 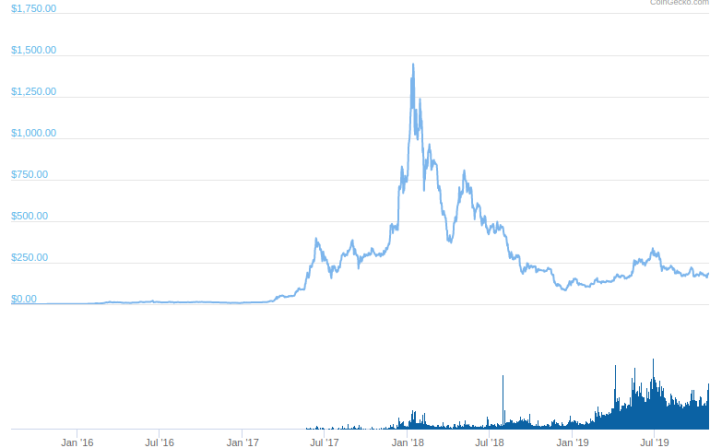 Second, despite the decline, we see that the volume is only growing. Moreover, the DApp community for ETH is one of the most active. Nine out of the ten top Dapps with respect to developer activity is on Ethereum. Besides that, we all have seen the success of other tokens such as LINK (Chainlink), BAT (Basic Attention Token) and DAI, which are ERC-20 tokens running on Ethereum. Besides the competition (Cardano, EOS, Tron, etc.) Ethereum is still the second biggest cryptocurrency in marketcap, and has a solid community around it. The update to Ethereum 2.0, which is coming very slowly, is finally about to be released next year, and will solve many of Ethereum's scalability problems. The Istanbul update that is coming in December will also help to keep the 1.0 mainnet in good conditions, adjusting some parameters and correcting some bugs. The last Constantinople update reduced block rewards and is helping to keep ETH's inflation at bay.

In summary, what makes Ethereum a good investment (in my opinion -- this is not financial advice) is that it is most likely undervalued at this moment, the potential of the DApp/Smart contracts market is huge, and, despite some competition (and controversies), Ethereum is still the leader in this area.