I was aware that US regulatory authorities were looking to regulate stablecoins ever since TerraUST’s grand collapse. However, the current stablecoin draft regulation that’s looking to ban algorithmic stablecoins for 2 years is a worry for me.

This is because I am a Hiver, and Hive Blockchain has two currencies one is HIVE and another is HBD. The latter is marketed as a decentralised stablecoin, it’s obtained by exchanging 1$ worth of Hive.

The category of stablecoins that this stablecoin draft that is now in the House of Representatives is looking to ban is ‘endogenously collateralized stablecoins’.

These stablecoins are marketed as assets that can be converted, redeemed at a fixed price, but their fixed value that’s maintained depends on another digital asset created by the same issuer.

HBD, as I understand after reading about it again, seems to match the definition of a ‘endogenously collateralized stablecoins’. HBD maintains its value getting exchanged for 1$ worth of Hive.

However, wait before jumping to conclusions, as HBD is different from terraUST in this way, that the amount of HBD that can be issued cannot exceed more than 10% market cap of Hive. This provision I have read is done to prevent the death spiral of this stablecoin asset .

In the case of terraUST, minting was done without a cap, so death spiral happened.

@taskmaster4450le and @dalz will be able to explain the concept of HBD in terms of it being a part of Hive debt, and having limitations on HBD’s market cap relative to Hive is a check on HBD becoming a bad debt and falling to the death spiral situation.

According to them, as long as Hive keeps having real utility, HBD as Hive debt is sustainable because value for Hive will always be there.

My understanding of the utility of Hive in Hive Blockchain

Hive Blockchain is used in many ways — it’s a decentralised social media platform for writers, video creators, plus has popular gaming dapps, and many other applications. It has thriving communities like leofinance that are adding value to Hive through financial apps like PolyCub, Cub Finance etc. There is no doubt Hive crypto is required to be bought and utilised to earn well and grow in the platform.

As a writer, I am aware of the benefits of powering up Hive and getting Hive Power or HP, as this yields me more rewards when I curate content.

We also delegate our HP to Hive curation communities that yield us passive income with some of their curation rewards being appropriately distributed to us for delegating our HP.

Other tokens in Hive Blockchain like Leo, VYB are Hive based, and powering up gives users more power, to earn further rewards and grow their wealth using the Blockchain platform.

HBD has rules preventing it from becoming bad debt unlike terraUST

Well… I am not saying HBD is a fool proof stablecoin as to be honest I don’t know, but it’s not irresponsible like Luna’s terraUST which had no thoughtful safeguards to maintain terraUST’s 1$ peg. In the end, terraUST was minted beyond limit with issues of more Luna, diluting Luna’s supply.

This led to two things, UST’s market cap exceeding a point which Luna’s supply cannot support and with Luna’s price crash as well, the doom result played out which was the death spiral finish of terraUST.

So, I feel that this Stablecoin Draft looking to ban stablecoins like HBD is just unjustified.

Approval from US Federal Regulatory authorities required to issue stablecoins

Anyway… there is more, all stablecoin issuers whether they be bank or non-bank entities need to have approval of the US Federal Regulatory agencies, else they stand to be punished with 5 years of imprisonment and 1$ million dollar fine.

Voting on this stablecoin draft is expected to take place soon next week.

So if that stablecoin draft passes, Hive Blockchain has to obtain permission from concerned US regulatory authority to issue HBD.

This requirement I feel is too much, because HBD aims to be a decentralised stablecoin and it cannot be one if it’s under supervision of regulatory authorities like US SEC because they obviously don’t want a stablecoin currency that is not in their control. This is because they want to maintain the might of US Dollars that’s a Government controlled currency!!

If HBD is a stablecoin maintaining value by maintaining US Dollars reserves, I am sure it’s a different matter as that only adds value to US Dollars in the long run.

It’s unfortunate, that Hive Blockchain may be targeted by US regulatory authorities due to HBD):

Hive Blockchain is community led, way more decentralised than Luna and there is no controversial head like Do Kwon or Justin Sun there leading the Blockchain, it’s led by witnesses, developers and community.

What do you Hivers think?

As a Hiver, I maybe biased, but Hive is a thriving Blockchian driven because of real utility and it’s not fair that Hive Blockchain should get into trouble with US regulatory authorities for it’s decentralised stablecoin HBD.

Contrast this with Terra Blockchain, whose main utility was creation of decentralised stablecoins. The main demand for Luna was driven for minting of terraUST stablecoin, but this is not the case with Hive Blockchain’s Hive and HBD.

Also, Terra Blockchain was very centralised with its control with Do Kwon and certain large holders, I know Hive Blockchain is not a tall like that.

Time will tell if HBD can maintain peg as its adoption grows, but I know its way more dependable than terraUST or Justin Sun’s USDD. I am speaking this as a person who lost out due to TerraUST and Luna but ofcourse I may not be aware of crucial risk aspects in HBD properly, that’s why please consider this as my opinion and not investment advise.

Everyone is encouraged to research the project they hold a stake in. 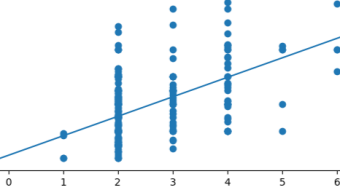 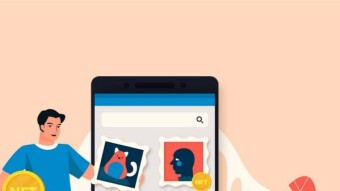 Top 8 coins based on NFT projects 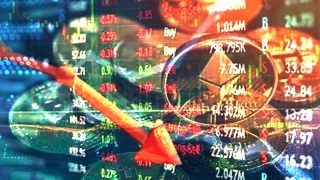 Invest In Crypto and Not In Penny Stocks. (Be Careful With Cannabis Stocks)