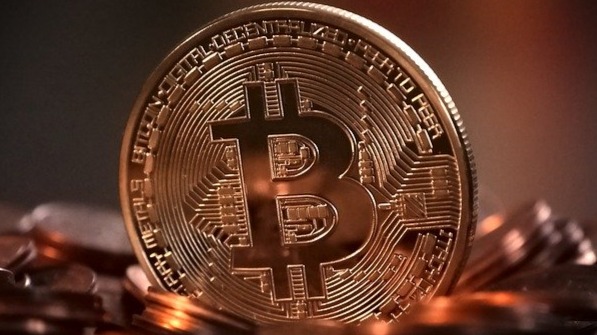 Here is why Bitcoin should be in your portfolio - Get them Now!! 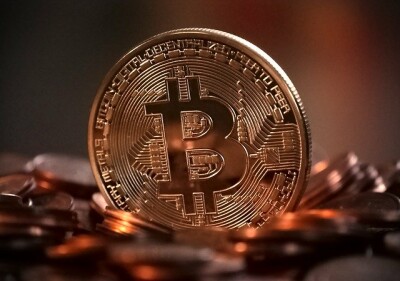 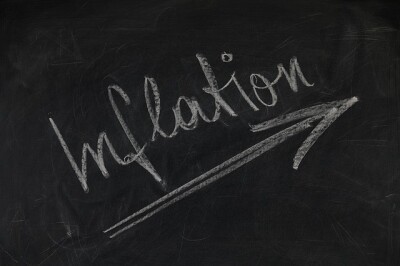 The Bitcoin ecosystem remains quite special, because of the way it is designed to function. There is an automatic checks and balances mechanism prevalent within it that regulates it’s supply while ensuring practical values of inflation overtime. This first crypto currency of the World has a finite supply of bitcoins and it has been brought out into supply by miners who mine BTC. Out of 21 million bitcoins already 18 million of them are mined, just 3 million more bitcoins remain to be mined.

This style of blockchain mechanism is called a Proof Of Work(POW) mechanism, although it’s outdated today, it’s very relevant as Bitcoin still would remain a very important part of the crypto ecosystem in years to come.

Since Bitcoin came into existence in 2008, it’s grown substantially in it’s value and market cap as well and it would continue to grow in the next 3-5 years with more investors flocking to have some Bitcoins. This time around it is an interesting time for crypto enthusiasts to see what actually happens with BTC because this is the first time BTC is inside a recessionary economy which is going to be really acute with subsequent repercussions that has taken place due to the Covid-19 outbreak.

Traditional stock markets should be experiencing a crash, with decline in economic profits of companies and businesses. Country fiat currencies may get really devalued due to inflation caused due to excessive printing of notes increasing it’s supply in the economy. People may soon not find banks suitable to keep their savings deposited as banks over the world are punishing depositors with negative interest rates. Moreover, Governments and banks have debts that they can’t clear, in the former case, Government Bonds are assured to give negative yielding returns and in the later scenario the bank customers’ deposits are in danger of getting wiped off. There is no doubt the Global economy is in turmoil and under a severe crisis. 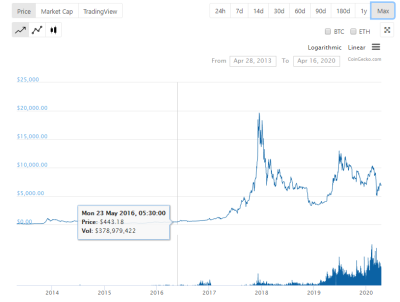 Bitcoin on the other hand, can prove to be a currency that can be a store of value if and when country fiat currencies lose their value. BTC is one digital currency whose supply can never be manipulated and as said before, it’s value is designed to rise over time with the dynamics of inflation playing out. The Inflation element is added into BTC with the BTC halving event happening every 4 years, where miners get their rewards slashed by half.

Bitcoin halving ensures that Bitcoin supply is reduced, as with lesser mining rewards, miners will be only able to bring out lesser Bitcoin out for supply. So, there will be more demand chasing the supply of BTC which would drive up the prices of bitcoin.

Next Bitcoin halving is happening in less than a month’s time, where miner’s will have their reward slashed to 6.25 BTC from 12.5 BTC. Generally, post halving Bitcoin price rises, not immediately, maybe over a course of 1 and a half years. Bitcoin has undergone two halvings already, first one in 2012 when miner rewards got cut from 50 BTC to 25 BTC and then in 2016 when miner rewards were reduced from 25 BTC to 12.5 BTC.

Prices have risen as well from BTC price of 443$ in 2016 and now after BTC reached its peak of 19,000$ in 2017 Dec, price of BTC is 7000$ as of currently. After every halving cycle BTC value increases gradually, if you study the historical price chart of BTC.

Time to build up your Bitcoin Portfolio if you have'int already!!

Therefore, I think it is very practical for everybody to get as much BTC as they can, now!! It is true there is gold which one can flock for hedging against fiat currency. 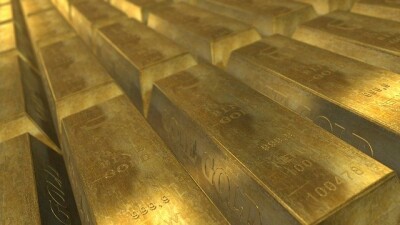 However, gold is costly for everybody to buy and when most gold is brought, say in a scenario like today when it is difficult for gold miners to work due to covid-19, there will be shortage in Gold metal supply so the next option after gold for people to hedge against should be bitcoin.

This scenario is a possibility, considering the toilet paper crisis that came about proving that people will FOMO and buy stuff like crazy when there is PANIC.

BTC would be a cheaper option to buy, because you can buy any portion of it, as it’s divided into decibel quantities. So, get Bitcoin, maybe spend a portion of your money to own some Bitcoins, very much recommended. Remember not many BTCs are there to be mined, and it’s getting scarcer and scarcer, demand for Bitcoin should go up when supply is reduced so prices would rise definitely according to my logic atleast!