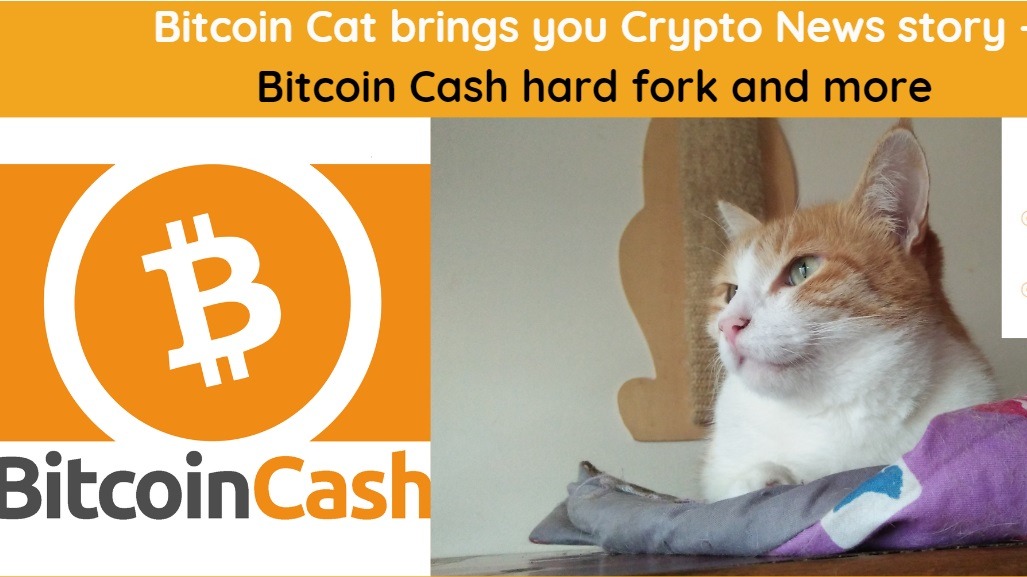 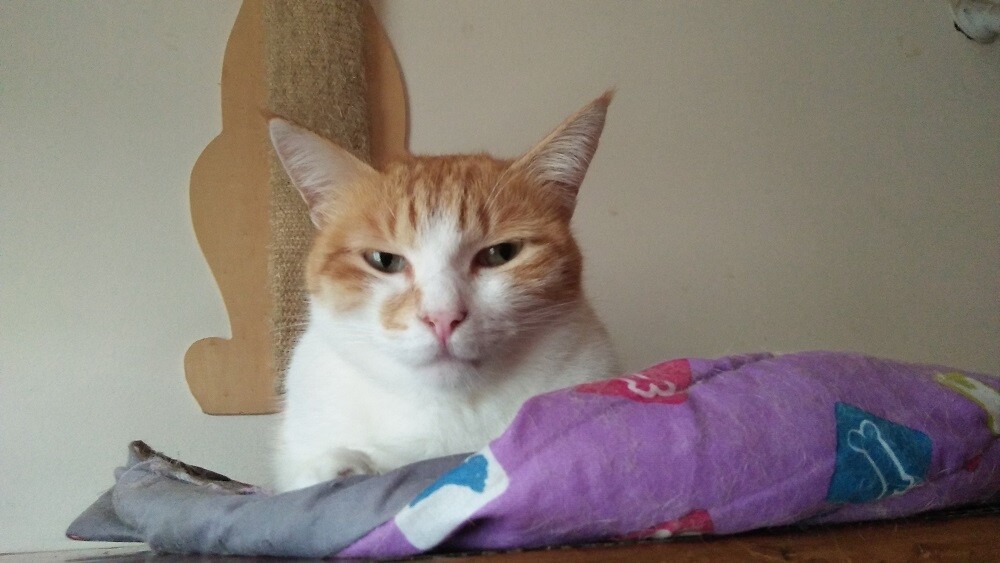 Remember me guys, I am Bitcoin Cat, with a  heart of Bitcoin and my Crypto enthusiast Mom has featured me in narration of some crypto stories in the past. Of late, my Mom has not posted much on me, her once star cat because her posts are all on other so called community cats on her Saturday/Caturday posts. 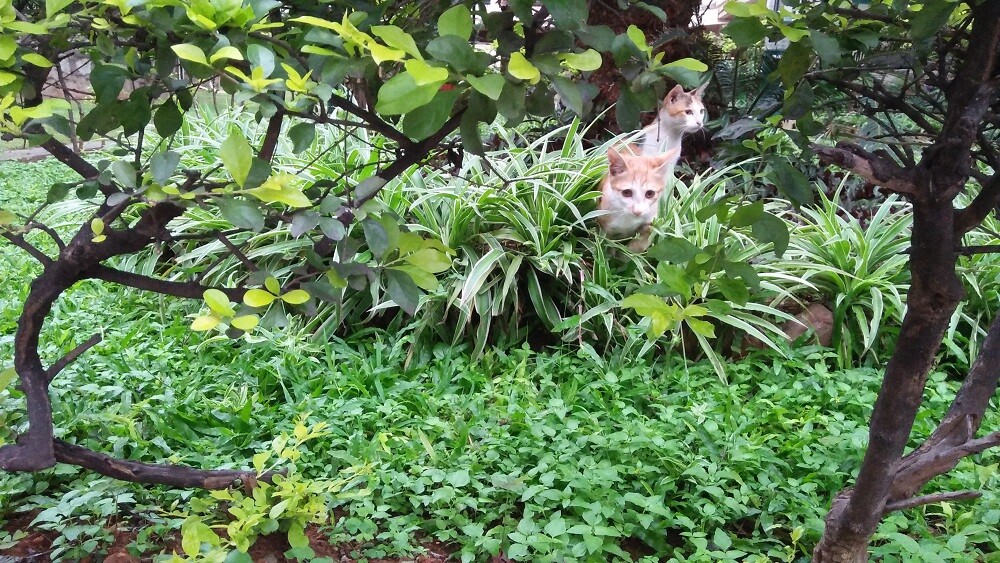 Garu says there are more posts on other cats than him these days!!

I really feel like a Bitcoin, old settled large cap coin, while the reader's attention is drawn to newer and younger cats who are like Alt coins being in the trend and creating buzz for now...ha...ha...ha...

The reason I mention that is I see my Mom reading news saying that Bitcoin Dominance has come down, while Alt Coin dominance has risen up which explains why so many ALT coins rocked in the crypto price action scene of late. 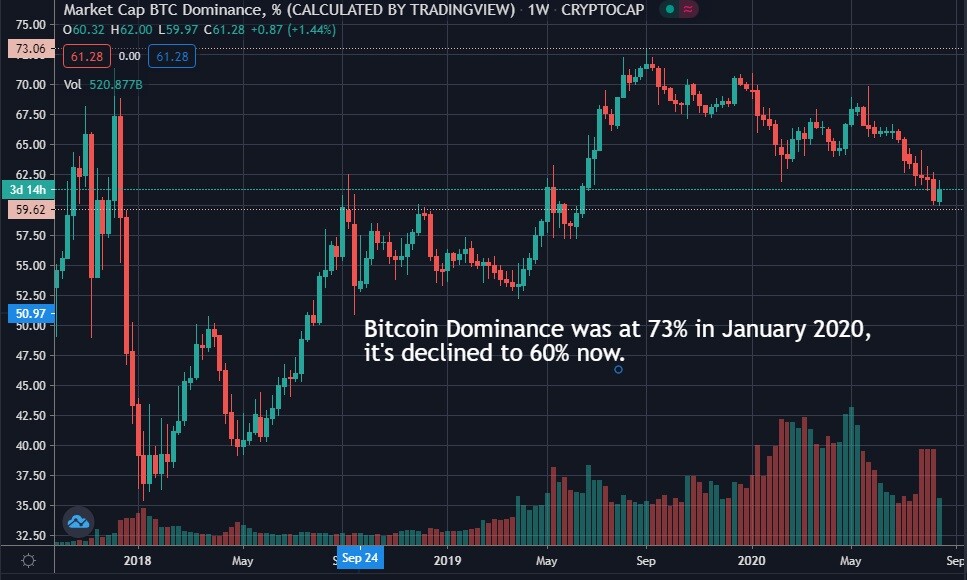 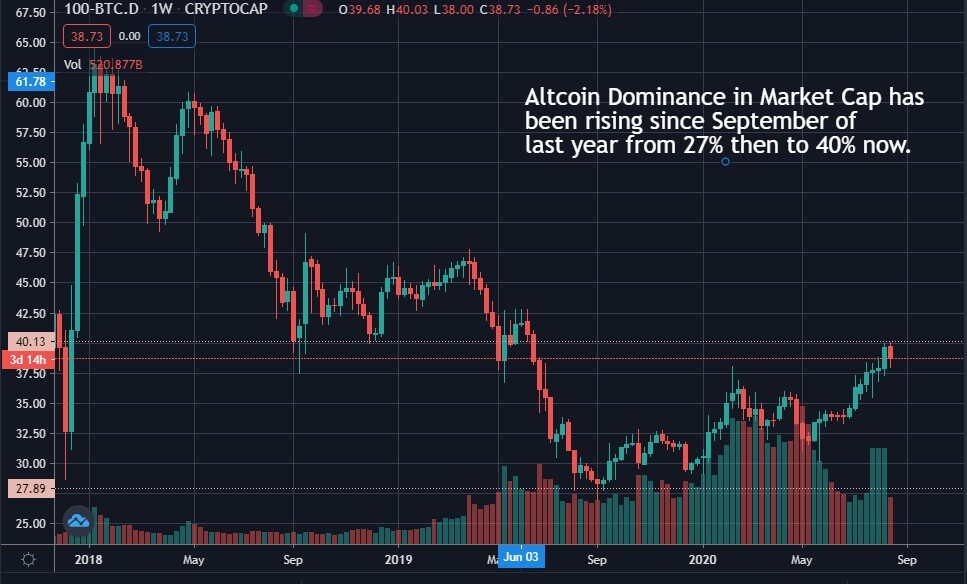 So, if other cats are getting featured more than me, the original Bitcoin cat, then it must be because ALT coin dominance has increased, and my prominence is declined, the once favorite star cat of my Mom…

The lucky cat who got named after Crypto - Crypta 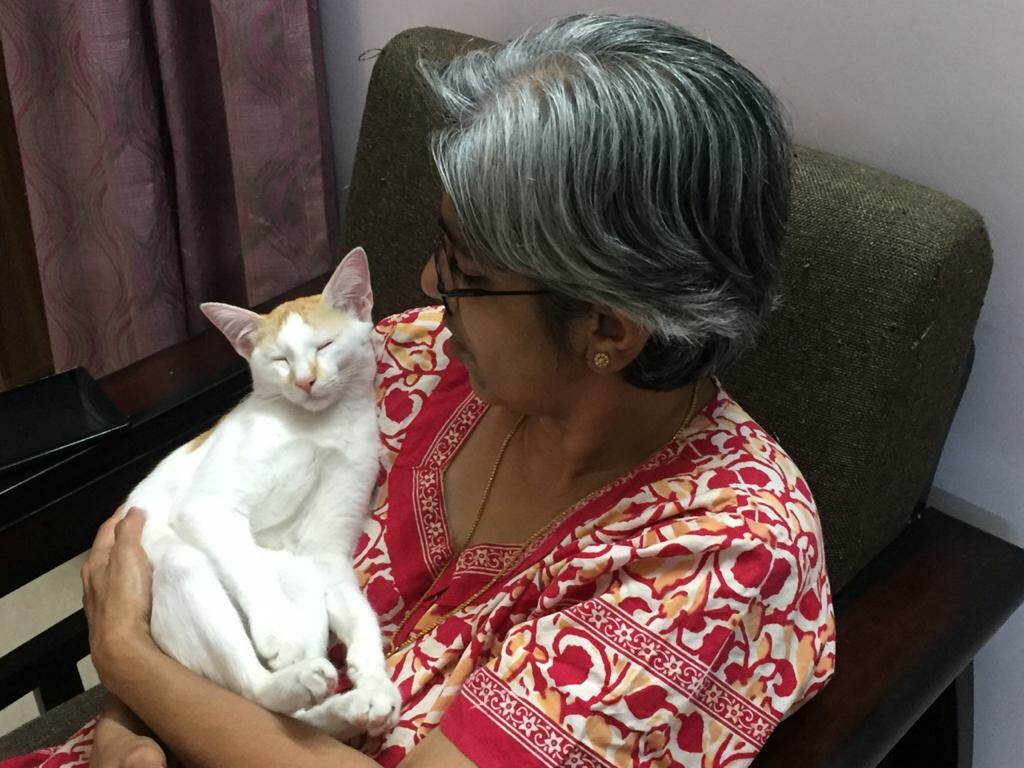 She was Kitten Crypta once now she is cat Vanilla!!

Meow. I still believe I got to be her favorite cat, but I was not lucky enough to be named after any crypto, that privilege went to another kitten my ma got adopted, she got named Crypta, but now her name is changed to Vanilla. Above is Crypta’s aka Vanilla’s latest picture with her new family, she is damn loved there for sure. 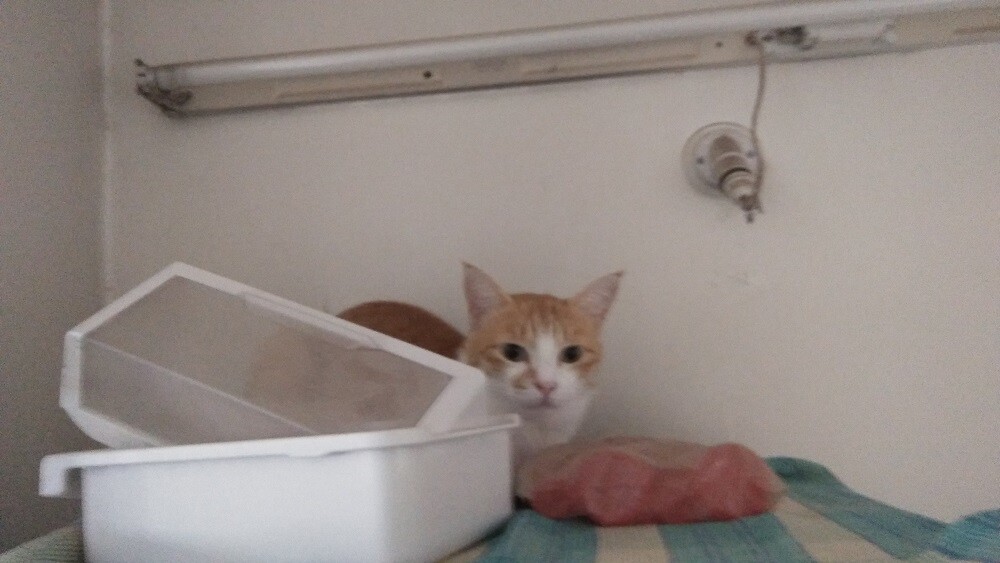 Ok, so folks, so let me cat Garu with a heart of bitcoin have the privilege of narrating a crypto story, I love being the crypto narrator(:

November 15th is the date of the hardfork!!

Right, everyone knows about the original king of crypto, Bitcoin. This original Orange king coin did get duplicated over time, as in August 2017, Bitcoin had a split and a hard fork came forth called Bitcoin Cash(BCH).

Then my Mom remembers the bloody 2018 November, where a ruthless hashwar took place between two sections of the Bitcoin Cash community and the Bitcash Cash experienced a hard fork and split again into two -Bitcoin Cash ABC and Bitcoin Cash SV. The winner of that hash war was BCH ABC who got to take over the Bitcoin cash(BCH) network. That day cannot be forgotten because Bitcoin fell from 6000$ to 3300$, crypto crash!! 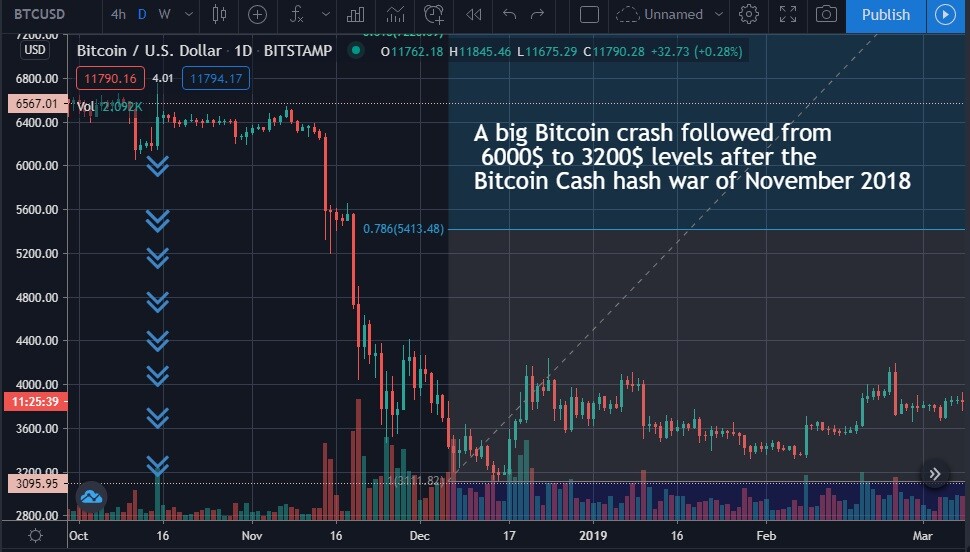 So, the Bitcoin Cash (BCH) that’s listed in crypto analytics sites like coingecko as the 6th largest coin in terms of market capitalisation, is BCH ABC.

Now this BCH ABC is going to have a hard fork on 15ht November this year. My Mom always considers BCH as shitcoin actually, however, she’s particularly disgusted with the personality heading BCH SV , Craig Wright, who has made news by proclaiming himself as the founder of Bitcoin; Satoshi Nakamoto. Ha, wonder who actually believes that.

Anyway, now coming back to the topic of the upcoming BCH ABC hard fork. The BCH ABC community is split over the matter of taxing miners as the Infrastructure Funding Plan (IFP) proposal that’s going to be carried out by the new fork of BCH ABC, will have miners pay tax. That is not all, the community has dispute over mining difficulty too, with the supporters of the new fork wanting to implement a new difficulty adjustment algorithm called “Grasberg”.

Right, and Meow now, because someone has commented that they intend to create a hard fork from BCH and it will be named after me, as it will be called Bitcoin Cat, oh I am so honoured. That will be good, because there is a crypto coin inspired out of Dog, its the barking Doge coin but till now not one single crypto is there based on the cat theme.

Na...actually that’s not true, Cat Appreciation tokens (CAT) are awarded for cat content on HIVE network, thanks to the @catnet community and I am an established community HIVEcat and I am very proud of it. 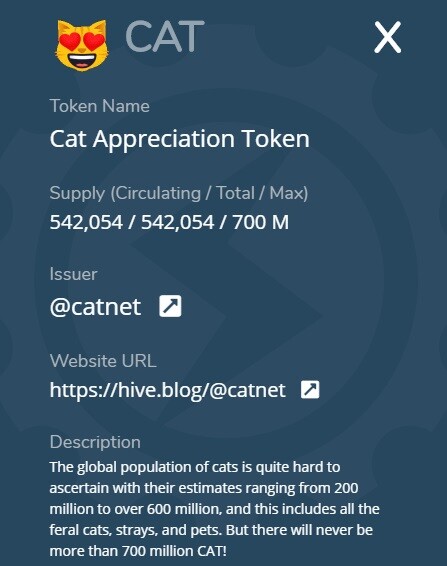 Next crypto story narrator is going to be white cat Mochu - You can do it buddy!! 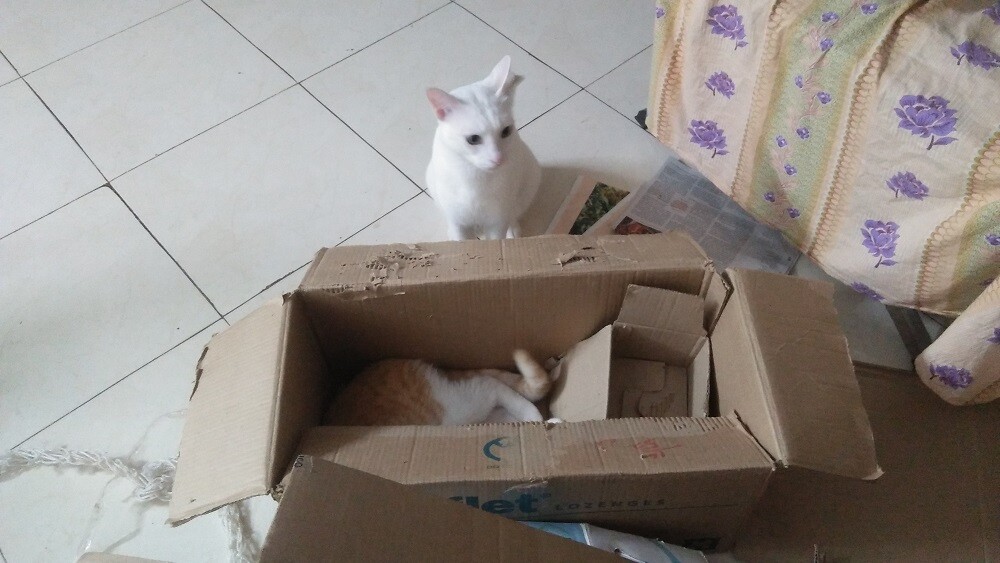 Right, guys, my best buddy Mochu too wants to narrate a crypto story, he has never done that before because face it I am crypto cat, not all cats can be good crypto story narrators.

However, a Litecoin story is there and that silver crypto story should be narrated by a cat resembling it in real lifE and white furred creature Mochu is closer to the silver colours by miles than me. Wait for that story, I wish Mochu good luck on his crypto story narration, I am thereby bestowing my blessings to him. 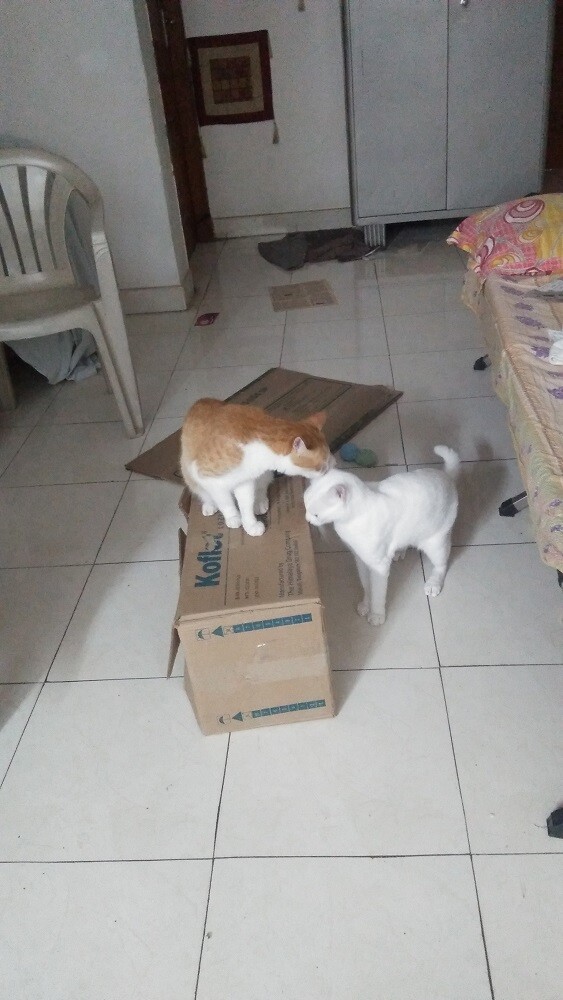 Have a stellar lumens day...ha, ha, meant a stellar day.