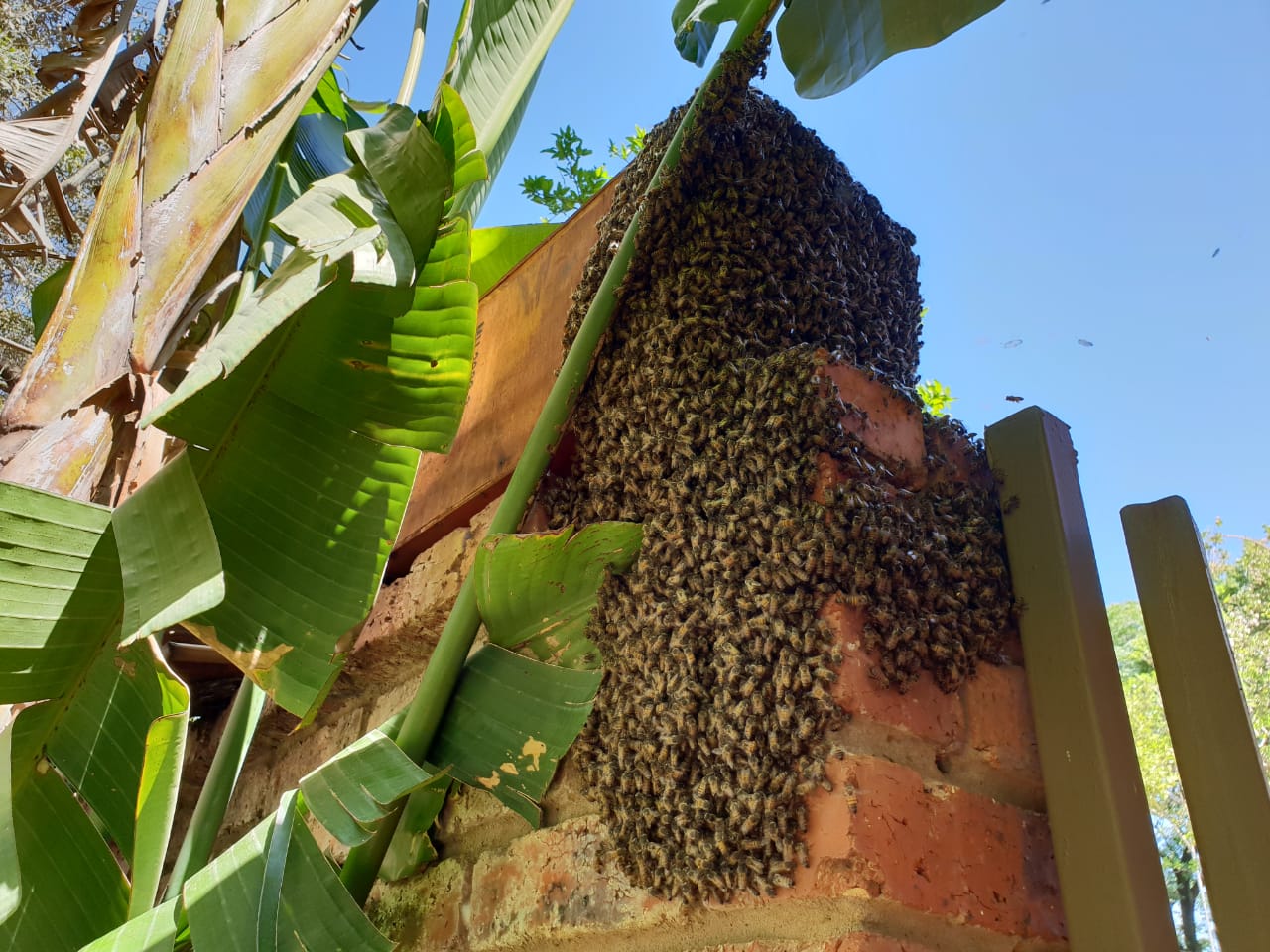 Hey everyone, how incredibly lucky was this? We put out 'catcher boxes' to lure in feral swarms last September many of them are still out there albeit out of season, or so we thought. This particular catcher box was based at my partners sons house. I got a call yesterday afternoon from him, excitedly he shouted 'Craig we have just captured a massive swarm'. To my utter joy and surprise he took some pics and sent them to me, I was amazed and it was so, we had just caught a huge swarm in January a few months from the swarming season.

We have been receiving lots of rain of late. My theory is that the bees are 'fooled' into thinking that it is spring again. They have literally all doubled in size in terms of swarm size numbers in the last month. This would compliment this theory as swarms get too big they split, this new swarm we were lucky enough to capture (off season) would be a split swarm. 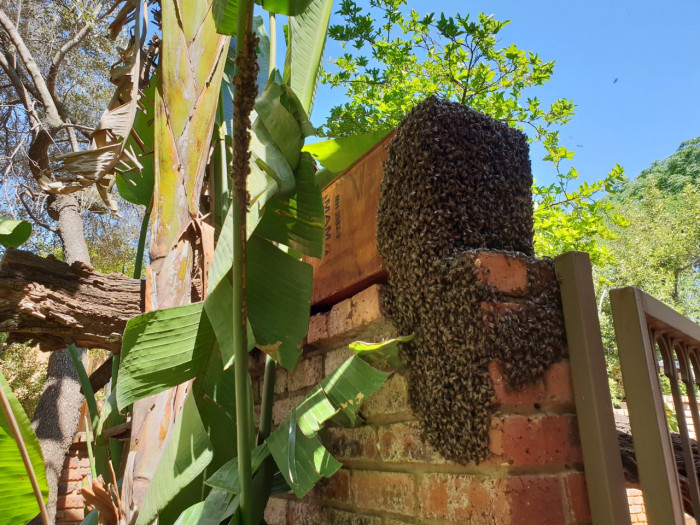 These pics I took as I arrived there a few hours later on! The bees outside the box in these pics are literally a third of how big they were before they moved in. This 'catcher box' was not the biggest. It has 5 frames and is around half the size of a traditional hive which comprises of ten frames!

Here I took a bit of a chance but generally in my experience they are vulnerable when swarming as they are here as their objectives are to get in the hive and start establishing themselves. A nice close up of all these bees I would estimate around 60 000 - 80 000 strong. The average bee population is around 40 000 bees, this should give you an idea of how enormous this swarm is. 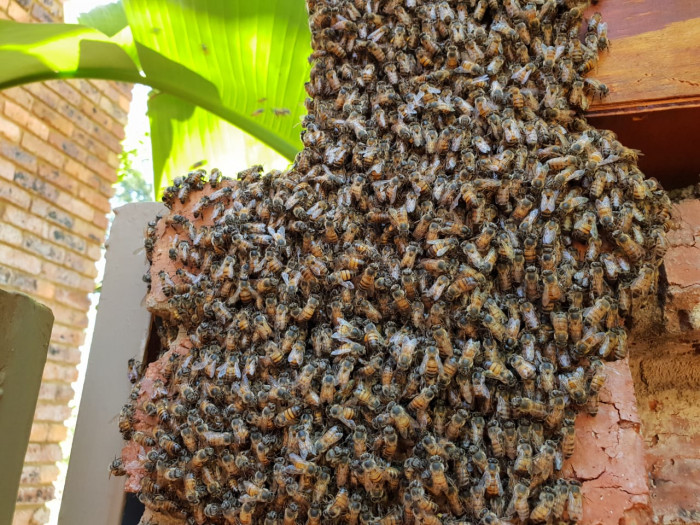 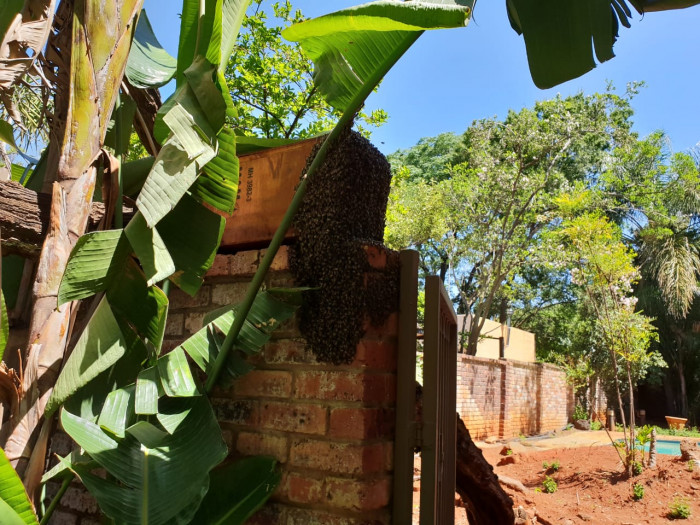 This is an incredibly good area for bees. This house is based right next to a massive forest with a water running though it, hence lots of food for the bees to forage. This will be our third swarm caught on this property in 3 months, very lucky. The first swarm we captured from here has already rendered us around 5 kgs of honey in three months they were able to establish themselves, lay and raise eggs, larvae and young bees as well as produce honey. This is generally a sign of a large productive swarm as well as a very good area with lots of nectar and pollen! 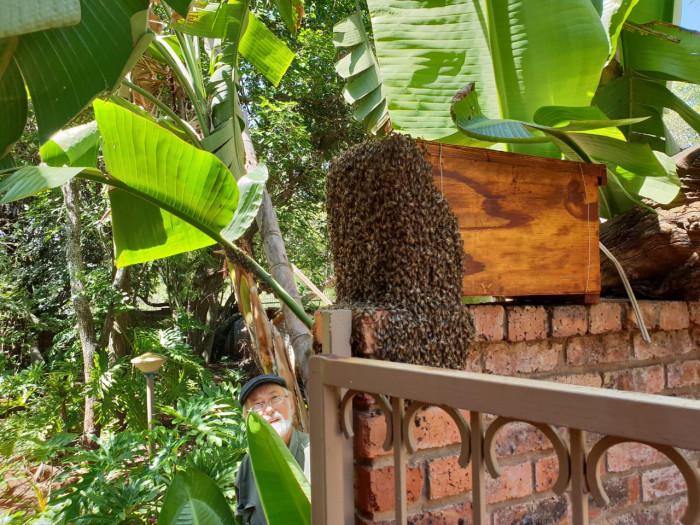 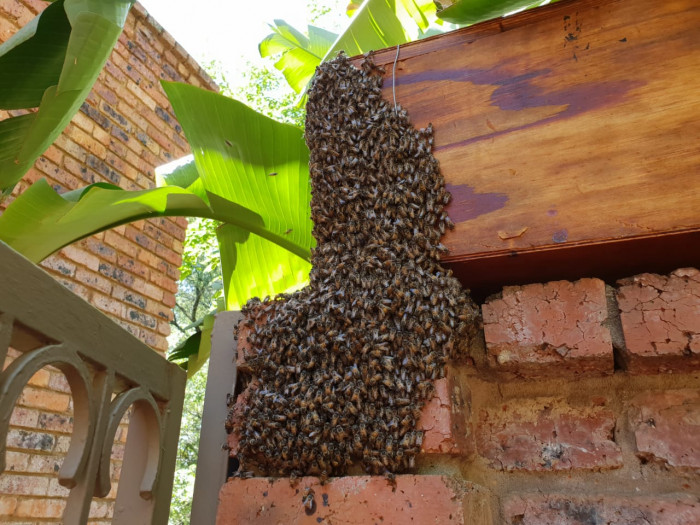 We do regular bee removals/rescues and I shall be doing many blogs on these, my goal and ambition is to highlite the dire need for bee preservation and conservation, it is vital to our very life on Earth, literally.

Be sure to stay tuned for more of my epic bee-keeping adventures!

I am a South African Bunny Hugger, Bee-Keeper, Medical Cannabis Proponent, Steemit blogger by the same name and all round general nice guy!

Introducing Myself. Hi From @craigcryptoking!

Hey everyone, I was never a blogger, I didn't consider myself a blogger up until I was introduced to cryptocurrency back in 2017. What a journey it has been with ups and downs but under the pressure of the current long lived bear market sadly mostly down.