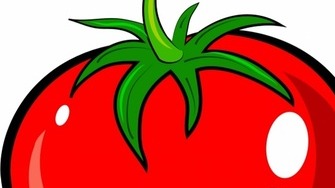 By SeventyFourSeventyFive | Interesting Thoughts, That Aren't Always Mine | 1 May 2022

Buffett is a billionaire, there is no argument against that, but he is back now talking down Bitcoin and even rich guys can be wrong about finance. Here is a recent quote that is the gist of his argument, which is what he has been saying for a while.  (We will ignore his recent investments in banks with a large position in crypto, as his hypocrisy has been pointed out many times.

“If you said… for a 1% interest in all the farmland in the United States, pay our group $25 billion, I’ll write you a check this afternoon,” Buffett said. ”[For] $25 billion I now own 1% of the farmland. [If] you offer me 1% of all the apartment houses in the country and you want another $25 billion, I’ll write you a check, it’s very simple. Now if you told me you own all of the bitcoin in the world and you offered it to me for $25 I wouldn’t take it because what would I do with it? I’d have to sell it back to you one way or another. It isn’t going to do anything. The apartments are going to produce rent and the farms are going to produce food.”

I have just a few thoughts:

Here is a quote from his partner Munger:

“In my life, I try and avoid things that are stupid and evil and make me look bad in comparison to somebody else – and bitcoin does all three. In the first place, it’s stupid because it’s still likely to go to zero. It’s evil because it undermines the Federal Reserve System... and third, it makes us look foolish compared to the Communist leader in China. He was smart enough to ban bitcoin in China.”

I have still more thoughts: