BTC is expected to break out above the current horizontal resistance area and reach a new all-time high price.

There are some signs of weakness, however. There is a decreasing momentum in the MACD and a bearish divergence developing in the RSI. However, the RSI has yet to reach its divergence line and the MACD has not yet made a bearish reversal signal.

Therefore, the signs are not sufficient enough to predict that a top has been reached. 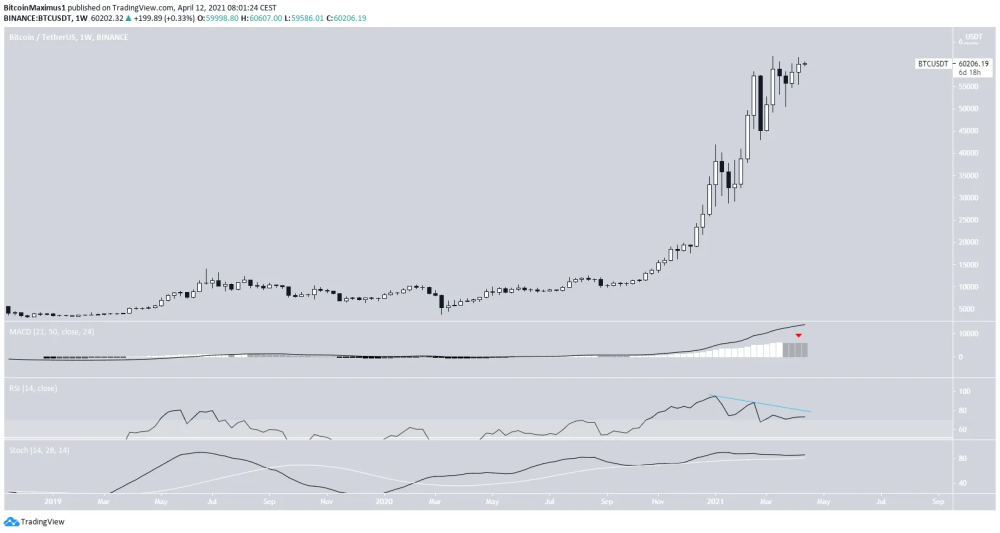 While BTC was rejected on its attempt at a new all-time high on April 10, it is currently gearing up for another upward movement.

The RSI has moved above 50, the MACD has given a bullish reversal signal, and the Stochastic oscillator is moving upwards.

Therefore, the price is expected is reach a new all-time high. 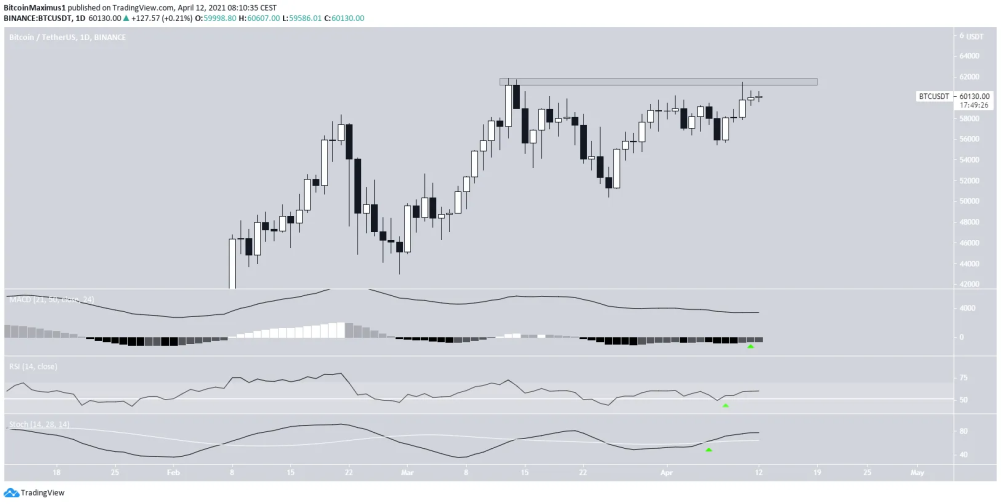 The six-hour chart also supports this.

BTC has broken out from a descending resistance line and validated it as support after. This candlestick also created a very long lower wick.

In addition, it has reclaimed the $59,600 resistance area. Technical indicators are bullish. Therefore, a breakout is expected, followed by a new all-time high. 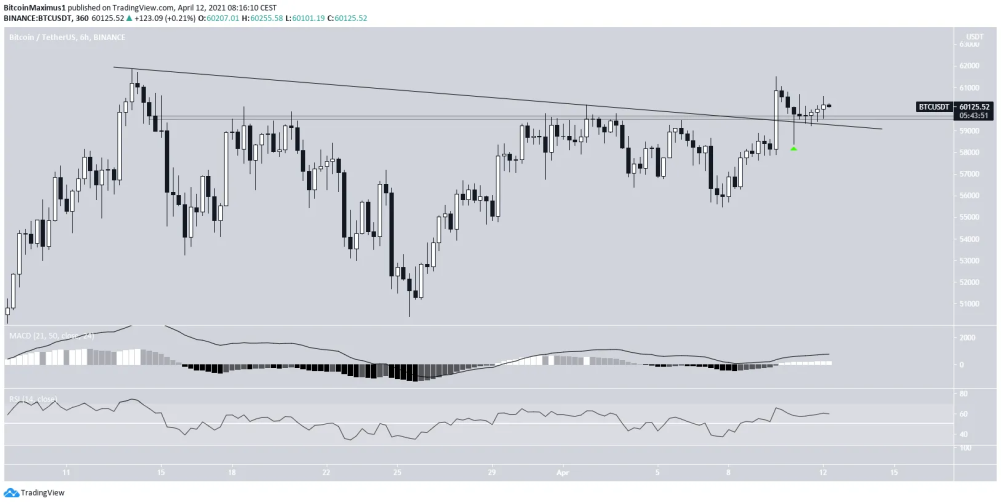 Both the daily and short-term bitcoin charts support the possibility of a breakout and a new all-time high price. 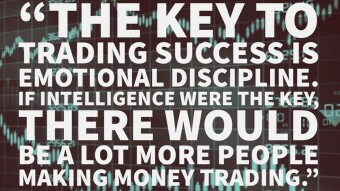 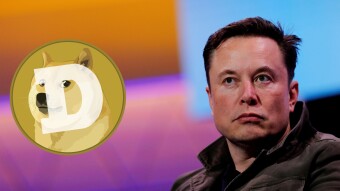 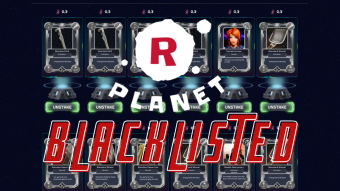 Unstake abundant Alien Worlds NFTs from RPlanet or get blacklisted