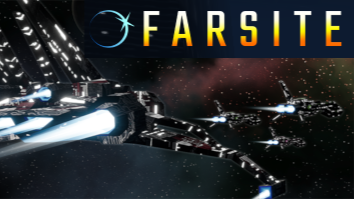 By Wendigosoft | Interesting blockchain games | 11 May 2021

This is part 2 of my series about the upcoming space game Farsite.

In case you have missed the first part, you can find it here: Farsite - In depth overview - Part 1.

The economy of Farsite is said to be completely player based. When buying a create, there is a possibility to obtain a blueprint. These are used to craft items in the game which can be sold to other players. The developers stated that each blueprint will have a limited mint number, so the value will certainly increase over time.

At the time of writing the following types of items will be available right after the release of Farsite:

Blueprints - ERC-721 NFTs that can be sold on the market.

Ship hulls - cNFTs which is actually the space ship the players will travel through space with.

Modules - cNFTs that can be installed on a ship hull to gain additional functions (mining lasers, storage boxes etc.).

Components - ERC-721 NFTs that are used to build modules and consists of other resources.

Resources - (no mention of NFT here) Can be used to craft components and ammunition.

Ammunition - (also no mention of NFT) Is consumed during fights

Stickers - ERC-721 NFTs used to give the player's ships an individual style.

cNFTs also hold a certain amount of credits. So if you decide to disassemble a space ship, you will get some credits back. It looks like those cNFTs can also be staked as a collateral to borrow credits. 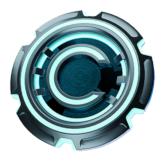 Credits are the only currency that is used inside Farsite. They can be converted into FAR tokens on the Ethereum blockchain. One FAR token will be worth 1000 Credits. That ratio is said to be hardcoded and can never be changed. The developer states that there will not be any additional exchange fees in addition to the ETH gas fee which has to be paid by the player.

After the initial distribution new credits can only be obtained by opening crates which have to be bought from the official store.

Credits will also be burned when the player purchases FTL fuel, during item production, during sector acquisition, planet exploration and by paying taxes to star governors.

Ingame players will be able to get credits the following ways:

- Via crates bought from the official store. (between 1% and 50% of it's value will be paid in credits)

- Selling an item to other players

- Completing a contract offered by another player

- As a tax from a governed star

- As income from services offered on stations to other players (for repairing / refueling a ship etc.)

- As interest from a loan (lending cNFTs to other players)

- Via direct transfer from another player

- Via Airdrop / during the initial distribution

Players will be able to spend credits the following ways:

- Purchasing items from the market place

- Purchasing a sector / planet or exploring one

- By building or upgrading a base

- As power orders inside a base (used for production)

- As collateral when creating cNFTs (i.e. credits get stored inside a crafted ship)

- By creating a copy of a blueprint

- For opening a contract

- Using services at at station (refeuel, repair or repaint your ship)

- For buying extra storage space on a station

- For buying special crates on the official store

Markets will be the place where players can trade ingame items with each other.

Each space station will be its own market place. As the game grows there will be an increasing number of stations spread across the universe. Since these are not connected with each other. Players will be able to play as traders and buy / sell items on different stations for a profit.

On the other hand it is said that it will also be possible to trade items on external markets like OpenSea. So lets hope that the developers find a way to make these trades more costly (gas fees?) so that the traders profession stays lucrative.

If you are interested in the game I'd be happy if you register via my referral link: https://farsite.club/u/wend1go

An overview about interesting games that utilize a blockchain.