It is important for military commanders to adapt quickly to changing situations on the battlefield. Having a wider array of troops at your disposal provides for greater flexibility.

I have many chariots in my High Elf army. Some of the rules of Warhammer allow you to have different combinations of models on the chariot. One chariot can carry:

The game gives you a choice when going to battle over the exact composition of the chariot's crew. I wanted to get as much flexibility as possible in my army. So, I decided to expand (physically) the size of some chariots to give them more space. That way I could fit more models (2 at least) in each chariot. Also doing that might allow me to use a form of fixture to hold the crew in place inside the chariot - magnets come to mind. It is handy because the High Elf chariots come in separate parts. They should be assembled prior to the battle, of course.

Normally you would glue them closely together without leaving any gaps. But here, on purpose, I left a gap (the extension). As usual, I used epoxy glue to hold it there (metal on metal) but I then strengthened it with green stuff. 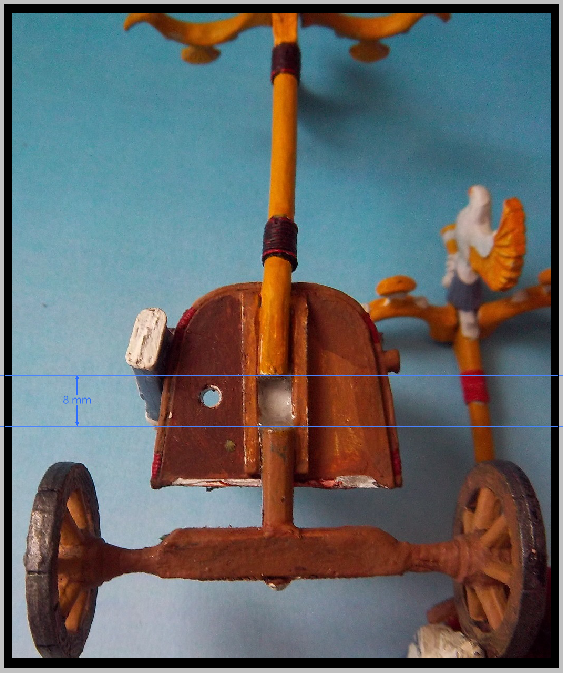 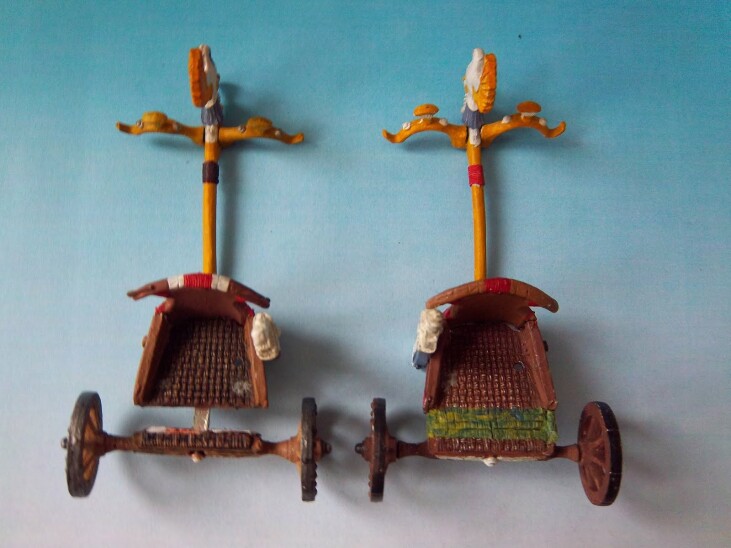 Vehicle upgrades are common in modern military forces and often expensive, especially if some waste or corruption happens along the line. A good example of upgrading vehicles like this (without green stuff) can be seen with the upgrade of Humvees to MRAPs in Afghanistan where the Pentagon has interests in preventing corruption along the line. 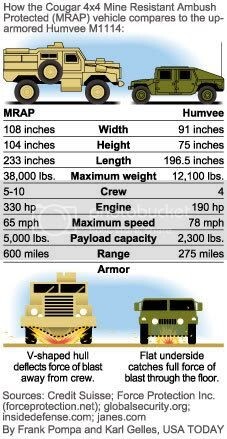 As stated in the article above:

In preparation for a complete exit from Afghanistan by the end of 2014, the U.S. military has destroyed more than 170 million pounds' worth of military equipment, The Washington Post reported.

In my army, I reuse parts of my miniatures, bits of plastic, cardboard, aluminium and anything else that can be used to customise my army. There's no waste and no corruption with my High Elves!