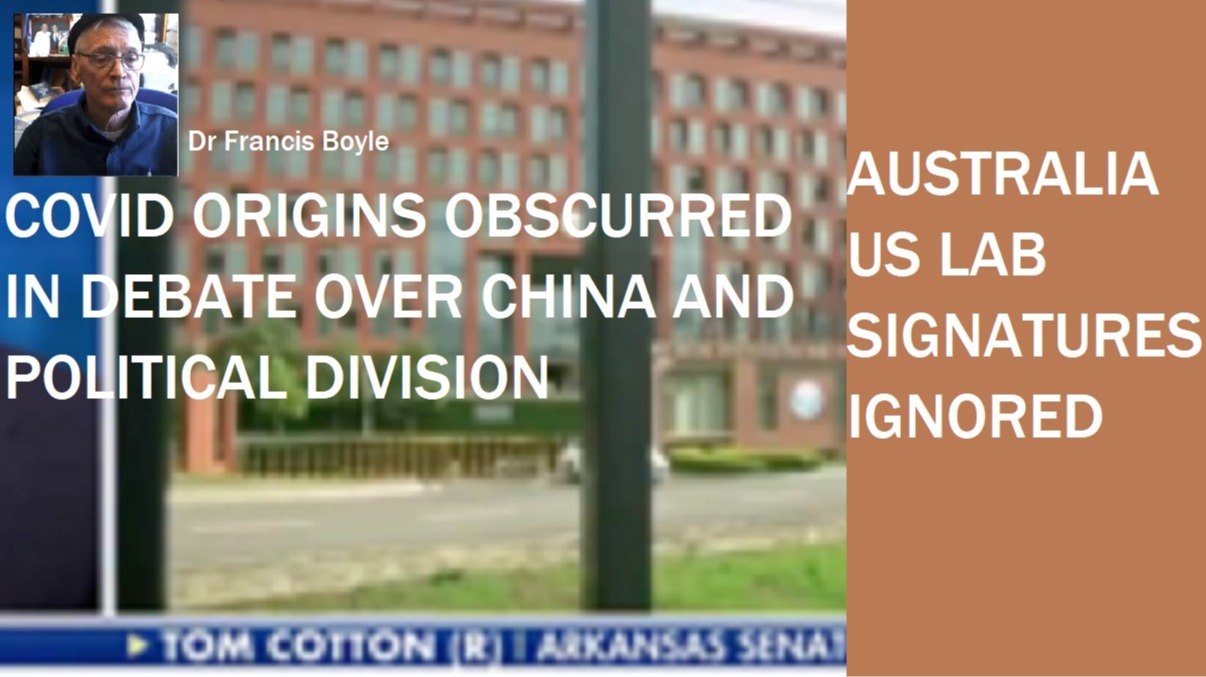 Senator Cotton is either unfit to lead on this issue or firmly on the U.S. Federal Reserve Puppet Government Script.

His unwillingness to answer an ongoing charge by Dr. Boyle, author of the current U.S. Bioweapons treaty, pointing to University of N. Carolina involvement with infections gain of function properties, found in the CoVid-19, RNA sequence, is lame at best. Unless he can step up and distinguish himself above the MSM script, he remains vulnerable to critics who charge he is either to stupid to lead or believes the People are to stupid to properly govern themselves any longer. They charge he and the government system has likely lost supreme faith in and loyalty to the Constitution..

The charge from Dr. Boyle and others, of Lab signatures from the work done at N. Carolina U., appearing on the first samples distributed for analysis, has yet to be addressed by Sen. Cotton or anyone in government.

Appearing on Fox News Monday, Senator Tom Cotton declared that it is “reasonable” to conclude that China is covering up a lab leak from the Wuhan Institute of Virology, given the country’s previous actions and its refusal to cooperate with investigations.

“I think all of the evidence points towards those labs in Wuhan, and if we find out that that’s the origins of this virus, then China really needs to pay,” Cotton urged.

“They haven’t paid enough yet for unleashing this plague on the world,” the Senator added.

“I don’t think that

Video: Senator Cotton Says China “Hasn’t Paid Enough Yet For Unleashing This Plague On The World”

Sadly it is not only the U.S. and China with fingerprints on CoVid-19.

In a now deleted YouTube interview with Spiro Skouras, Dr. Francis Boyle asserted that CoVid-19 development as constructed, is a direct violation of S.993- Biological Weapons Anti-Terrorism Act of 1989, four separate studies and a number of experts now confirm that the coronavirus CoVid-19 is a biological weapon developed by China, with tech developed at the N. Carolina University, and by Australian Scientists under the supervision of W.H.O., N.I.H and others. This according to research conducted by Francis Boyle, author of the 1989 weapons act.

Study indicates the virus has been enhanced[/caption]

MORE ON THE EARLY ORIGINS ANALYSIS

The US government continues to be a danger to it’s people as it allows irresponsible actions against the People and their Constitution to be carried out under government authority. This is the analysis of Francis Boyle, the author of the 1989Bioogical Weapons and Terrorism Act of 1989 who cited 4 recent studies to back his claim. …