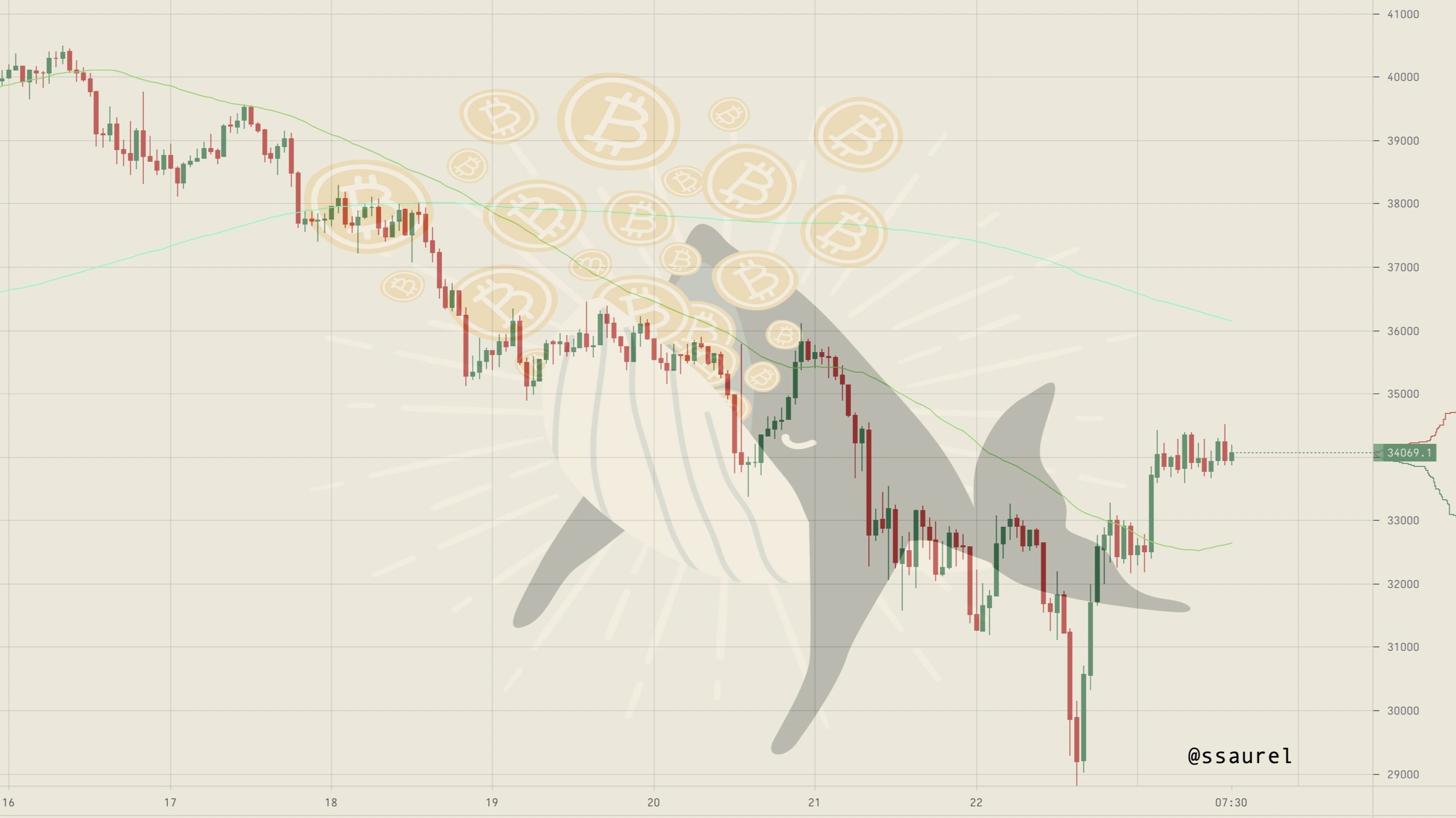 In October 2020, a little less than six months after its third Halving, the price of Bitcoin entered a bullish rally that brought its price from $10K to almost $65K by April 2021. For many weeks, everyone who had missed the Bitcoin train throughout 2020 kept saying the same thing:

"I'm waiting for an opportunity to get into the Bitcoin market."

Since January 2021, these people have been patiently waiting for this opportunity that could never have come.

Life is full of surprises, and that's the beauty of it. A major opportunity has arrived since the end of May 2021. Various events have caused extreme fear in the Bitcoin market, which has caused the price of Bitcoin to plummet.

At the time of writing, the price of Bitcoin is back around $34K after hitting a low of $28.8K late on June 22, 2021. Nevertheless, the situation is likely to remain extremely volatile in the days to come. A retest of the $30K support is expected.

Some are taking the opportunity to announce that Bitcoin has entered a Bear Market.

This only reinforces the extreme fear that prevails in the market today. So, all those waiting for an opportunity to buy Bitcoin when its price reached an ATH (All-Time High) are still waiting today.

Fear prevents them from taking action.

Those people who have a short-term view of things are afraid to buy Bitcoin and its price will start to fall again. They will miss out on the great opportunity they have been waiting for since the beginning of 2021. Because make no mistake, Bitcoin is still in a Bull Market.

Instead of wasting time being afraid, you need to focus on the fundamentals of Bitcoin. Those fundamentals keep getting stronger. One country, El Salvador, just adopted Bitcoin as an official currency. China just banned Bitcoin mining, which will prove to be great news for Bitcoin in a few years.

While it is undeniable that Bitcoin's Hash Rate is falling, it will only be temporary as all Bitcoin mining companies are moving their equipment to the West. We are thus witnessing the great exodus of Bitcoin mining.

The positive effects will be felt within a few weeks or from September 2021.

Bitcoin could see its price move sideways all summer

In the meantime, the price of Bitcoin could very well continue to move sideways in a range between $30K and $40K. This would be reminiscent of what happened throughout the summer of 2020 when the price of Bitcoin stagnated around $10K, and some people seemed to start considering Bitcoin a boring asset.

A few months later, the price of Bitcoin began a phenomenal bullish rally that left many observers astonished. For Bitcoiners, nothing was surprising about it. It was the logical consequence of the Bitcoin Halving that took place in May 2020. Such a supply shock in Bitcoin could not be priced in advance.

Therefore, the current period is a good time to accumulate more BTC for those who have a long-term vision for Bitcoin.

The on-chain data also clearly shows that long-term holders are taking advantage of this opportunity to accumulate more BTC:

On the other hand, the short-term Holders are selling massively guided by panic:

It is funny to note that the situation was the opposite throughout the first months of the year 2021. Long-term Holders know when to buy, while short-term Holders are unable to seize the great opportunities the market offers them.

That being said, you don't have to seize the current opportunity if you don’t want to. You can still wait for the price of Bitcoin to fall. It may happen. No one can deny that. But if it doesn't, you will once again miss out on a unique opportunity that could change your future life for the better.

It's up to you to learn to be forward-thinking if you really want to take advantage of the Bitcoin revolution.