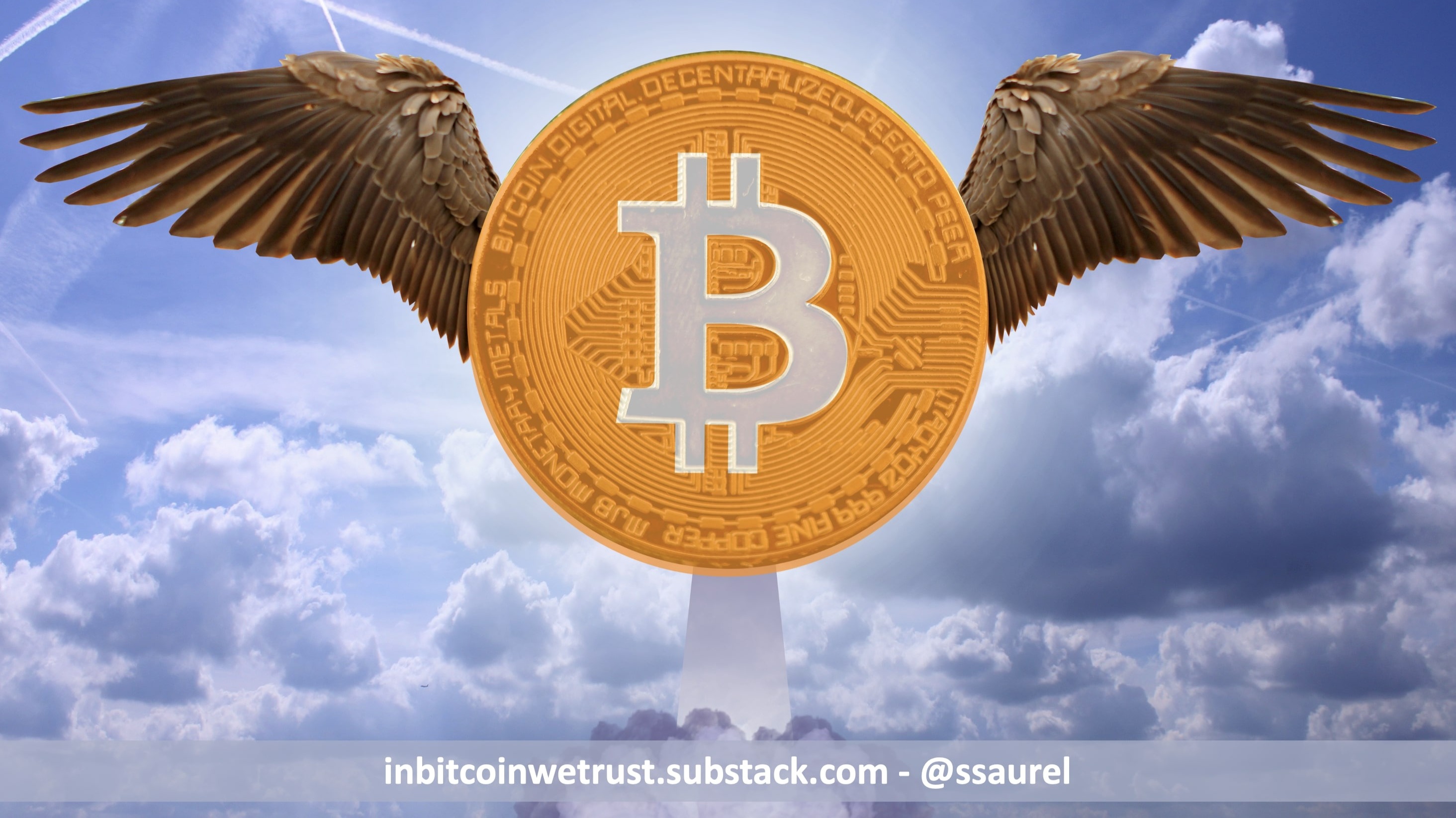 Bitcoin is disturbing. Or rather, Bitcoin's success is disturbing. When Bitcoin was launched, the powerful people in the current monetary and financial system were not even aware of its existence. Gradually, Bitcoin gained visibility, but the system was at best seen as a fad of a few whimsical geeks.

And then, Bitcoin hit $1,000 for the first time in December 2013. Things started to get more serious. Attacks began to multiply. These were only stopped when the price of Bitcoin underwent a correction or a crash.

By the way, you'll see how funny it is (or not) that Bitcoin only bothers when its price rises sharply. When the price of Bitcoin corrects, the powerful in the current system spend less time attacking it, just telling you: “I told you, Bitcoin is worthless”.

And then, like a phoenix, Bitcoin comes back stronger and stronger from its price corrections and crashes. Bitcoin's price reaches new ATHs, and then the powerful people in the current system begin to attack it again via all the usual clichés:

I'll stop here, but you've probably already read and heard these kinds of attacks and criticisms that get louder and louder as the price of Bitcoin rises. This is a sign that the revolution is moving in the right direction. Seeing Bitcoin criticized by those whose system is supposed to free us is a great sign for me.

In fact, on closer inspection, all those who hate Bitcoin and would like to see its revolution fail have one thing in common: they are all enemies of freedom!

Let's take Xi Jinping and the Chinese Communist Party as an example. Why do you think China has banned Bitcoin and other cryptocurrencies from its territory? To make room for its e-CNY, the digital version of its yuan, which should allow it to control its people even more strictly. The central power in Beijing sees Bitcoin as a threat because its values are those of freedom. The freedom to live your life on your own terms.

The situation is the same in Turkey, where hyperinflation is wreaking havoc and the Turkish people are living in difficult times because of an autocratic president named Erdogan. Erdogan hates Bitcoin because it allows his people to break free from his rule. It is the same in Nigeria, where the government has been trying for years to ban Bitcoin because it is beyond its control. The people need Bitcoin, but the government prefers to create the eNaira over which it will have complete control.

Make no mistake about it. All these dictators or politicians do not want to see their power threatened. Money creation must remain in the hands of the central banks, even if this is the reason why the current monetary and financial system is in the worst shape.

Everything must be done to save a system that is unjust because it benefits all those powerful people. The economists who ardently criticize Bitcoin are also part of this system and do not want to cut the branch they are sitting on. Take Warren Buffett as an example. He hates Bitcoin because it could reshuffle the deck by making the current system unfair. Since this injustice has benefited him and allowed him to accumulate a fortune of 100 billion dollars, Warren Buffett does not want this system to stop.

These billionaires are afraid of change. A change that is necessary for the good of humanity, but that will be unfavorable to them. They do not want a free market where everyone has the same opportunities. Instead, they prefer to continue to enrich themselves in a system where when central banks print trillions of dollars out of thin air, their fortunes jump by as much without doing anything in a few months.

Private monopoly companies like Facebook, Google, Amazon, Microsoft, or Apple, also have no interest in seeing Bitcoin take hold. Bitcoin is the symbol of the decentralization of money. A decentralization that is the harbinger of the need to decentralize everything to build a better world of the future without censorship.

These web giants would lose their immense power. It always comes back to the common trait of all Bitcoin haters: they are enemies of freedom in all its forms.

As we often say in the Bitcoin world: “Fix the Money, Fix the World”.

So it all starts with Bitcoin fixing the money and then continuing to build a better world in the future. Don't be surprised in the future to see all those enemies of freedom attacking Bitcoin relentlessly. It is the fear of seeing its revolution triumph that drives them to redouble their efforts.

It's also a sign that the Bitcoin revolution is still moving in the right direction.