If I were expected to summarize the hype in 2021 with just a single word, it would be narrative.

Regardless of what you are offering to enthusiasts, investors, or developers, the initial step is a strong narrative to attract attention. Then, the product sells itself... 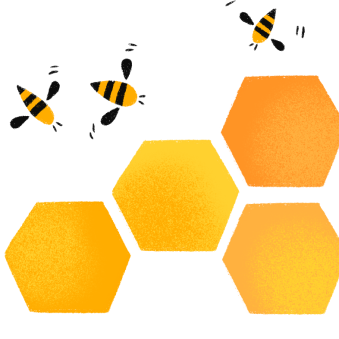 What happened during this year of the growing crypto market?

2 solutions are adapted and assimilated by many people. The former solution is named Decentralized Finance that is seen as an escape from a corrupted financial system and the latter solution is called Non-fungible Tokens.

Of course, no doubt, these two astonishing solutions are worthy of millions of dollars. Yet, when we examine the ratio between the number of the projects designed for these solutions and the number of new solutions brought by the projects, we can hardly have satisfactory results. Sad but not surprising 💁‍♂️

When we apply the strong narrative and solution aspects to the crypto-blogging sub-ecosystem,
The case is more or less the same. As of speaking, there are hundreds of crypto-blogging websites that are directly or indirectly related to blockchain facilities. At that point, I do not criticize the starting point of these platforms as the fundamental is obvious but if there is hardly any development on the platforms, it's time to talk about the elephant in the room.

The vast majority of the platforms are still stuck at the front-end phase of being a future blogging center. Even though it's not easy stuff to cooperate with blockchain and a dynamic base at the same time, the competition is severe enough to make them forgotten.

Hive, on the other hand, is providing enough ease of use to add value to the platform with the content you create. Contrary to counterparties, the second layer is even more profitable than the first layer.

Here you can see an ordinary post that I published a couple of days ago. While I'm getting 7 Hive and some HBD for the post, the second layer outperforms the first layer.

Promising Communities with Several Purposes - Before Leo and After Leo.

With the growth of LeoFinance, we realized the importance and the potential of Layer 2 while constantly adding value to the Hive ecosystem. The interest in LeoFinance gave birth to newly growing amazing projects.

Even though the hashtags were not given as much importance as earlier, today's blogging experience is affected by the use of tags to great extent. By using a single hashtag, a post is seen on http://neoxian.city/, http://proofofbrain.io/ , https://ctptalk.com/, and many other front-ends at the same time. This means that your relevant content is viewed by x times more people. You may even see it as publishing the same post on several platforms through copy-paste 🤷‍♂️ #Hivefixesthis 😌

With its larger scope of content, POB has shown up itself with its adorable fundamentals. Even before the community became that much popular, I was checking and promoting the hashtag to hunt quality content.

As it embraces a greater number of topics, Hivers appreciated the operation model and the potential of the community. As a result, you now have another chance to view great content about several tags in one place.

Outsiders: Not Aliens but new Guys 😎

A week ago, I met Bigmain who is one of the web developers of a group of crypto traders and devs. As mentioned, he and the community members, who are not there yet, want to build a community for themselves in which people can learn from one another.

Briefly, a whole community is coming to the Hive ecosystem with their community & token BHT on Hive-engine and these guys are interested in blockchain.
Learn more from BroadHive.org

Thanks to the hard-working bees who are trying hard to help our communities grow. The existing communities are engaging, tokens are more valuable and interaction is enhanced.

Besides the flourishing ones, we are adding new mates and tokens to Hive ecosystem. Even if the price does not follow the developments in the Hive ecosystem, it will not go unnoticed forever 😌

The connection among communities, Hive-games, and peers is exceptional.
As I always say, we are evolving hand in hand.