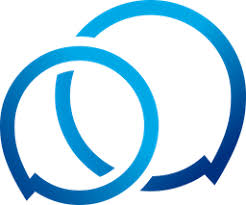 Instant messaging changed our life in last decade, in a way that is impressive. At the end of last century, before 2000, there was a world without mobile phones, or they were present just for business users, and other had to community with fixed lines, that required a lot of coordination before leaving the house, in case to meet someone. Moreover, for telephone to penetrate all homes took almost a century from invention to global realization, if it was global after all. With invention of mobile phones, things were much faster, in a decade they were almost a usual thing globally, from the start of expansion from business to end users. Smart phones, that were introduced ten years ago, and global expansion started with Android platform, from Google, that was initially introduced in 2008. It is almost impossible to think out a day without Android today, just a decade later, and global expansion was in five years. There were instant messagers before mobile phones, for computers, such as globally known ICQ, but with introduction of Android, their usage exploded, and applications like Viber or WhatsApp dominate the market at the moment, but there are also Telegram, Kakao-talk, We-chat with similar functionalities, but groups as target markets. Crypto community and users are preferring messaging to keep in touch with fast changing environment and volatile market, but there is also a lot of noise in all the groups and chat rooms related to crypto, mostly due to advertisement and scams that are still present in this groups.

Nestree https://www.nestree.io/ is a Korean application, that is aiming to solve these issues for crypto community and provide wallet service in the application as well. There is a team of eleven young Koreans that is behind the project, that will offer application that rewards contributors in the network. You can contribute in many ways, such as friend invitation to the platform, watch advertisements on the platform and get rewards for your activities. Good thing is that application is provided with a wallet, that could be used for storage of rewards received from contribution, but also trade between Nestree users and transactions between users, so you can send crypto to your friend through the application. Transactions in the application shall be instant, without confirmation delay.

Channels in the application will have features such as recommend, preview new channel and share information within the channel, which are standard for instant messaging.

Nestree https://www.nestree.io/ token with symbol EGG will be used as utility token in the application and ecosystem. Three functions are developed within the application, Channel manager that will buy EGG from exchange, deposit it to the channel and collect profit in EGG, users that will contribute to channel and be rewarded with EGG, that could sell on the exchange and Advertiser that will buy EGG on the exchange and use it for advertisement in the channel. It is foreseen that this will solve an issue of extensive spam in the instant messaging applications.

EGG total amount is 3 billion, with initial price 0.01 USD, it is ERC20 token and 20% is foreseen for token sale now. Content rewards launch is planned for Q4 2019.

I will review ICO and IEO project in this blog