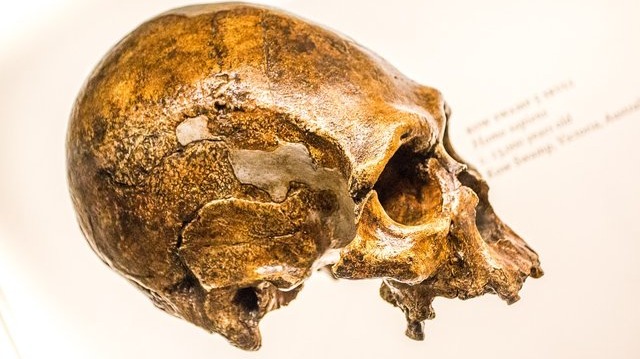 "Dopamine is one of the main neurotransmitters in the nervous system, a substance that transmits information between the neurons of the brain, according to wikipedia, and that sets us in motion in different life situations, even managing to control our lives when we are blinded by it. It is the substance in the brain of the Neanderthal that sent him to the hunt, stimulating him to overcome any obstacle, giving him only the promise of the possibility of the food he needed and which he probably had not seen in good days and the substance behind the excessive drug usage nowadays.

Now, the food for the vast majority of the inhabitants of the earth, is much easier to obtain, is beautifully packaged and easy to find in stores, and in most cases it is a given. There are rare cases when modern human beings still have to fight for food or compete with wild animals for it. In this way we can say that dopamine no longer plays a vital role in the survival of the individual, but we cannot say that its source has dried up leaving us in the desert. It is simply engaged in other fights, and some of which are not practically ours. The ways in which this neurotransmitter is felt at work are easily recognizable and are part of the new pursuit of the modern man towards happiness. Yes, the CEO chair after which we bleed our eyes and for which we are willing to work overtime every day tastes like dopamine, the woman with sparkling eyes that a young man has just seen in a bar and that he must "have tonight" is also the target of the dopamine strength, and the moment we get to lose all our money in the casino betting more and more blinded by a ghost is also the push of dopamine. That is why it is also called "the molecule of more".

Why is it dopamine involved in all this? Because she can never enjoy the fruits of chasing a woman, buying a new car more powerful and more beautiful than the old one, or the new much better paid job, obtained after much work and running, powered by this molecule. Those who enjoy these sweet fruits are some other neurotransmitters called "H&N", not H&M, which are also called the here and now neurotransmitters, and are actually Serotonin or Oxycontin. They are the ones who feel the happiness and joy of the finish line in every race, but dopamine is blind and deaf, and without realizing it, we get to enter other games that at one point can exhaust us or even help to destroy our family or get to bankruptcy. Everything dedicated for "more". However the reins of this crazy stallion are in our hands and knowing his abilities we can tame him and ride in the direction we want. It would not have been advisable for us to be led by a blind man as a guide, would it? There are, however, quite a few people, who do not think lucidly when entering a casino and do not leave there until they leave their last pocket money just for the sake of winning... something, people who have just started a healthy diet but enter like zombies into a fast food driven by strong smell only to ruin that diet, dopamine-fueled habits can be seen in people "willing" to ruin their marriage just for "someone" they met in a bar as well. Dopamine simply just wants more and more, from cocaine to sugar, to sex and alcohol, or why not, power and money. It is the secret ingredient behind every addict and the one who always says: "I can't get there, it is not enough, I want more."

How many drug users or casino gamblers do you know who say: "yes I have had enough today, it's time to go home or simply say no to that strong impulse." Very few, or probably none, and it seems that not only people get into these situations, being the holders of this powerful neurotransmitter. We just own it in much larger quantities than other species. With this information we could say that we are "slightly different" from the testing laboratory rats on which many tests related to the effects of dopamine have been performed, just by the quantity we poses. Knowing all this, does not mean that we should dry our brains of this powerful and fascinating molecule in order not to become obese or addicted to gambling or see it as an enemy to happiness. It can also put us on our feet after a very serious accident as well, giving us the impetus to fight and recover, and of course, it can also stimulate us to build a better career for ourselves or a happy family. "The dropper is in our hands" and we are the alchemists who dose it and point it in the desired prescription.

Now, before I close this post I will mention that The Molecule of More: How a Single Chemical in Your Brain Drives Love, Sex, and Creativity ― and Will Determine the Fate of the Human Race is the book that inspired me to write today and it also helped me a lot in understanding, scientifically, why I became addicted to certain things and substances, why and when I refused to let dopamine work for me and when I was abused by it. Yes, abused. It is a book that I am currently reading and that I strongly recommend.