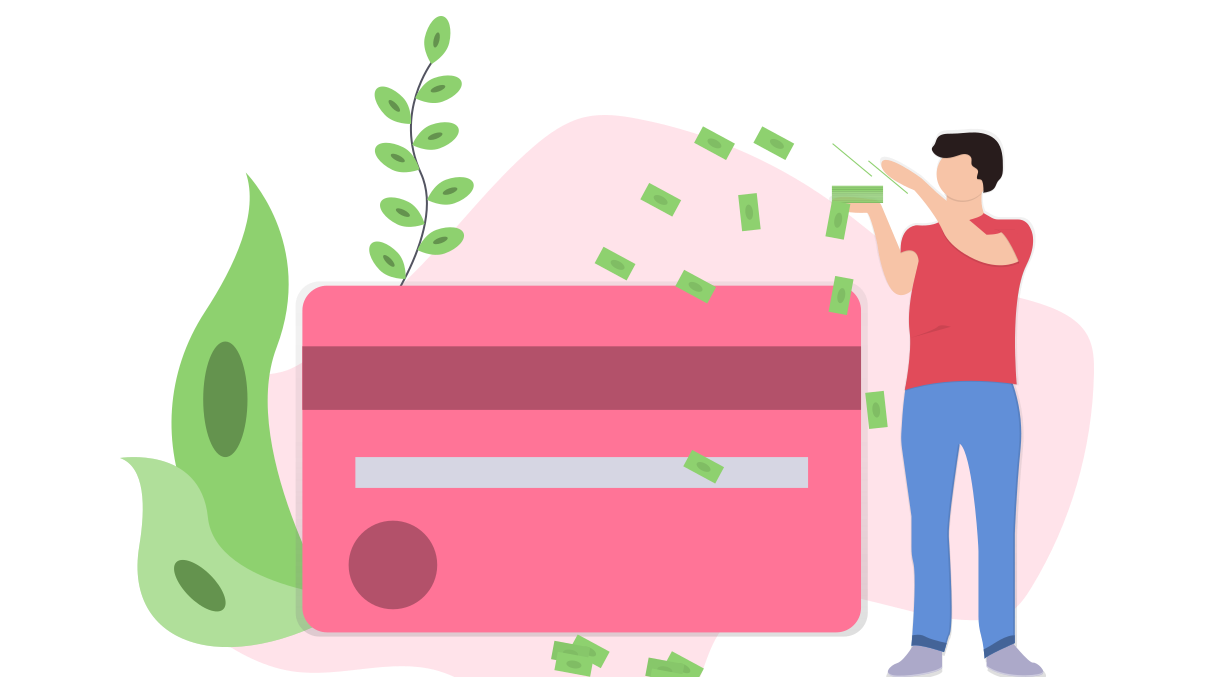 800,000 KICKTOKENS just Popped in My Wallet: Majestic Luck or A Frozen Scam

Mama Mia I Guess I won the Lottery (yet)

Some people gamble on lotteries with high hopes that they will be the lucky ones. I don’t gamble with lottery but for a moment I felt that I hit a jackpot when I suddenly saw 888,888 KICKTOKENS in my Metamask wallet that’s up 140% (at the time of writing) within 24 hours. However, my excitement has soon fallen down since. I’m not gonna lie, I don’t even have an idea what this is all about. 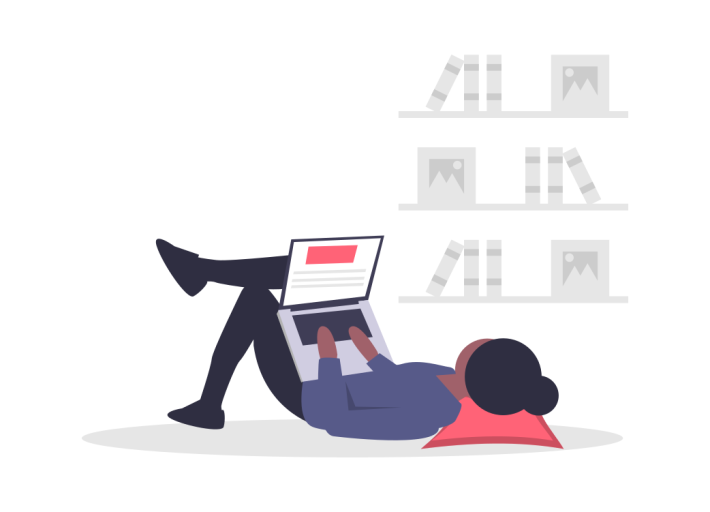 Unlocking the Whys of 888,000 KickTokens

As soon as I got these tokens, I duckduckgoed it and as qouted from their published article:

The terms and conditions of the tokens “unfreezing” process are very simple and fair and will be announced after the official launch of KickEX exchange soon. The FrozenDrop will be distributed among 167,375 users of the crypto industry according to our magicalgorithm, so there is a possibility that you will be the lucky recipient of some of 888,888 KickTokens. Watch closely what is going to happen. The magic is underway.

Uh-oh. So, the tokens are frozen for the meantime. Fortunately, I have a very empathetic heart, so I understand the main reason for this to be locked. Avoid people dumping it down the drain.

But “the magic is underway”?

There’s more magic in the bird’s fart on top of the tree.

Most crypto folks would love to get a random airdrop but some of the sentiments about KICKTOKENS are not quite appealing to the KICK team. 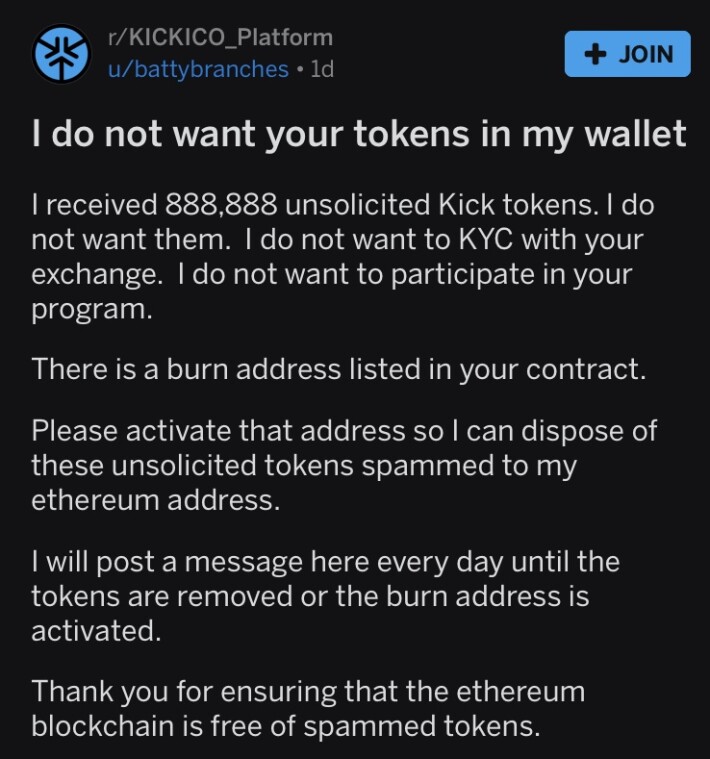 In a brief timeline of events:

1. The former name of the token which investors bought was KICKCOIN.

2. Token swap happened. From KICKCOIN to KICKTOKEN that can potentially rekt the investors but KICK team will give additional bonus and new tokens to preICO and ICO investors as a compensation.

4. The terms and conditions have not yet been disclosed on how you can unfreeze these tokens and will only be disclosed once their exchange goes live.

Kick Team has promised to give holders of Kickcoins to receive Kicktokens in 1:1 ratio.

The bonuses they will give will also be unlocked once their exchange becomes stable. Furthermore, to get bonuses, there are conditions that need to be met.

The launching of the exchange is set on April. The question is will it be certainly materialized by that time? Will it have enough liquidity or will it be another Upstake horrendous exchange(by the way it’s closing soon too and will have another token swap)? By that time, how much the price will be for KICKTOKENS?  Will it be worth to hold more of these tokens to earn more bonus?

If it dips lower than it is now, bonuses won’t be significant.

Of course, they have another idea on their sleeves. The buyback strategy. Kick Team says it will buy the bonuses at a  double market price from its pre-ICO and ICO investors once their exchange launches.

Wow! Many promises. I hope it won’t turn out like an ex who doesn’t walk the talk.

Wait — what is the silver lining?

Nonetheless, even though it is licensed under Financial Unit Intelligence in Estonia, one can tell that some countries don’t impose the responsibilities of obliged entities as heavily as US or Japan.

Announcement about second wave of 888,888 KICKTOKENS has been published by the Kick Team on its website as well as on its Medium account:

Why do users need to purchase 500,000 worth of KICKTOKENS to maximize the chances of getting the airdrop?

I did not do that, and I still got lucky. My wallet has not been active in the last 30 days also. There are not much withdrawing and depositing going on which is one of the factors they look for to airdrop you the lucky 8s.

How do their algorithms work exactly?

When asked about it, the group admin deleted my question twice and blocked me from their Telegram group. 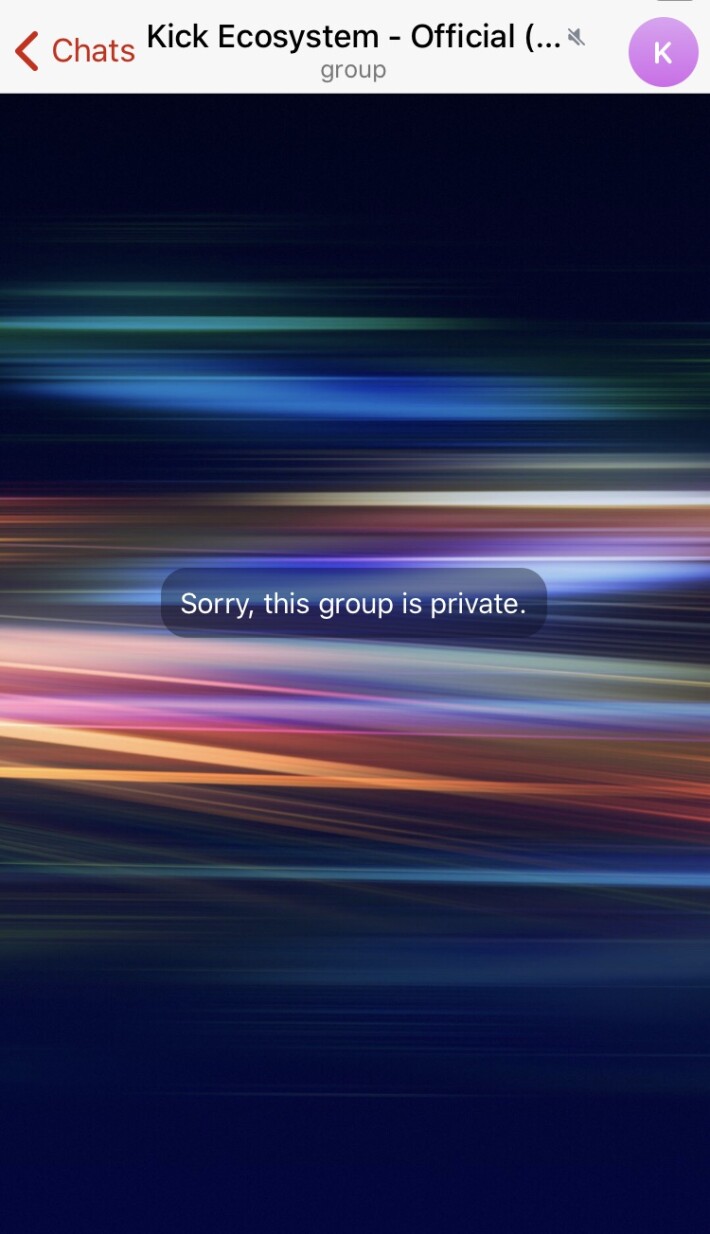 This is simply all part of marketing.
It’s the same with raffle entry. The more you buy raffles, the more chances you win. However, raffle entries are legitimate and there are people who will definitely win. An ICO you can easily deploy on top of Ethereum? It needs a lot of realized, solid projects before becoming credible.

Noobs in cryptocurrency space are making it worse. Why would you purchase 500,000 worth of tokens in high hopes that you might receive the airdrop?

Did they even look at the project? Or they just buy whatever tokens that look promising because of two factors — it has been going up this week and a promising airdrop?

Only Exchange Launch Will Tell

Get ready to do KYC to unlock your bonuses and airdrops. Get ready for other hidden conditions they will set. Rest assured, only Kickex (name of the exchange) will tell.

Hold on — brace yourself for it to also possibly turn out just another “money that turns into a stone” or a ponzi scheme.

TL:DR: I received 888,000 frozen Kicktokens. I don’t find it that credible. Kick Team says it will unfreeze the tokens once their exchange is launched.

Note: Price may drop or go up. Cryptocurrency undulates. So it might be worth nothing the next hour or next day.

Sunscreen is human's best friend ❤️ Say hi to me on Twitter: @piecexpineapple

Satoshi has summoned me to keep writing about digital currencies and blockchain. I'm a good girl. I said yes.⚡